Marching for life in all its phases 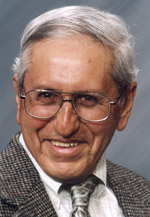 Advocates of the pro-life movement marched on Washington recently on the anniversary of the Supreme Court decision Roe v. Wade that legalized abortion. Participants sprawled on cold concrete in a “die-in” in front of the White House.

I know several people who march every year. They participate in the ministries of my former parish in Croton-on-Hudson, New York. At dawn, they board buses for the 5- or 6-hour ride to Washington and return late that night. Much more than that is needed to safeguard a culture of life today.

Recently, the “PBS NewsHour” focused on the struggles of young working parents. Paul Solman, the PBS correspondent reporting the story, said that the United States was one of a handful of countries that does not provide any paid time off for new mothers, unless you’re lucky enough to work for a company such as Google or live in places like California that will provide some paid family leave.

The Family Medical Leave Act, enacted in 1993, provides for 12 weeks of unpaid leave but only for employees of firms with at least 50 workers. But a first-time mother interviewed by Solman said it was very difficult to get her employer’s approval, and she had to return to work sooner than she thought because she and her husband could not afford to have her stay at home to care for her baby. She added that if she had known how difficult it would be, she would have opted not to have the child.

Caring for a newborn is only the first of many hurdles parents face today. Among industrialized countries, writes columnist Nicholas Kristof of The New York Times, 70 percent of 3-year-olds go to preschool, but in the United States only 38 percent attend preschool.

My wife and I were married in the 1950s and we had six children. I earned only $100 a week as a reporter for The Tribune in Albuquerque, New Mexico, supplemented by freelance photography and my pay as an Army reservist. My wife did not have to work full time.

We never worried about whether we could afford another child. I had health insurance through my employment to pay the prenatal and hospital bills. It is different today. The hospital cost of having a child adds up to $30,000 or more. I was surprised to learn recently that sick leave for workers is no longer a given. We always had it.

Kristof bolsters my feeling that the times were better in the past: “Even with the global Great Depression,” he recently wrote, “the United States performed brilliantly in the first three-quarters of the 20th century, with incomes and education mostly rising and inequality flat or falling — and gains were broadly shared by poor and rich alike.”

But Ronald Reagan’s “Morning in America,” turned out to be the twilight leading to the darkness of “stagnation and inequality” in which we find ourselves today, Kristof said.

The economy continues to grow, but the rich are the only ones who gain. Median household income is little better than it was in 1979, writes Kristof, and the typical family in Canada appears better off than the typical American family.

If we really care about the future of our country and a culture of life, we must march on Washington again and again, literally and metaphorically, demanding paid maternity leave, an increase in the minimum wage so that young people can afford to go to school and have children, sick leave for everyone, and laws and policies that lessen inequality.

People are our greatest resource.

PREVIOUS: The strangers who care for us

NEXT: ‘Consubstantial,’ and other challenges to memory