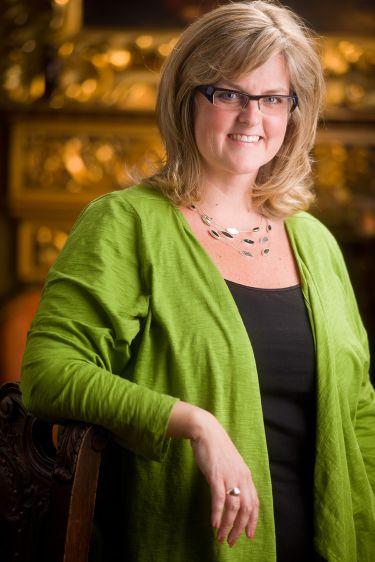 La Salle University has chosen its next president, it was announced on Feb. 17, and the choice is ground-breaking on several accounts.

Dr. Colleen N. Hanycz, who will begin her tenure in July, is the first woman president in the school’s 152-year history and also the first lay president, other than interim presidents.

La Salle was founded by the Brothers of the Christian Schools and she succeeds Brother Michael J. McGinniss, the most recent in a line of 28 Christian Brothers to lead the school. He stepped down from the presidency after 15 years of service on May 31, 2014 with James P. Gallagher serving as interim president until Hanycz’s term begins.

At this time Hanycz is principal (president) of Brescia University College, London, Ontario, a Catholic college founded by the Ursuline Sisters and the only all-women college in Canada.

La Salle, on the other hand, was an all-male college for its first century, although now women make up almost two-thirds of the student body.

“What stands out for me is that Lasallian tradition of building authentic community,” she said in an interview. “It is something I saw very much as a high school student when we were required to complete a service project in order to graduate. That was unheard of then although it is common now. That same charism runs through the university and that was very instrumental in my coming here.”

“This is a pivotal moment in La Salle’s history,” said La Salle’s board chair William R. Sautter. “She is an innovative academic leader with an impressive record as an agent of positive change. She is ideally suited to maximize La Salle’s potential while continuing to honor our distinctive mission and values.”

“Dr. Hanycz is passionate about sustaining and enhancing the values and attributes that are essential to the Brothers of the Christian Schools,” said Brother Dennis Molloy, a La Salle trustee and his congregation’s provincial/visitor for the District of Eastern North America. “The Christian Brothers look forward to working collaboratively with Dr. Hanycz and the Board of Trustees as she takes office.”

Hanycz earned her B.A. in history from St. Michael’s College of the University of Toronto, her J.D. from Dalhousie University and LL.M. and Ph.D. from Osgoode Hall, which is considered Canada’s premier law school.

After a period as an employment litigator she returned to Osgoode where she served as assistant dean and associate professor of law, specializing in dispute resolution.

As to how this fits with the role of a university president, she said, “When I left to take up the position at Brescia I thought I would say goodbye to my experience in law; dispute resolution, mediation, arbitration and so on. In fact I use these skills every single day and unless La Salle is a very different environment I suspect those skills will stand me in good stead.”

Hanycz was the second lay president in the history of Brescia, which under her tenure saw an increase in the school’s national profile, a dramatic growth in enrollment and retention of students, faculty and staff.

“I was born and raised in Toronto and I spent most of my life in Toronto,” she said. “It will be wonderful to return to a large urban center as multicultural and diverse as Philadelphia is,” she said. “Having grown up in another similar city, my family and I look forward to returning to that.”

Hanycz’s family includes her husband Peter and her three children: Erik, a college student who looks toward a career as a Catholic high school teacher; Emily, a high school sophomore and Claire, a fourth grader.

“We will move as a family,” Hanycz said. “I look forward to working with the community here at La Salle, to ensure that the tremendous, tremendous work of the Christian Brothers and their ethos is continued. They are deeply ingrained in our community and will continue that role. I am quite grateful that I will have their counsel as I move into this position.”

PREVIOUS: Despite recession and church troubles, fundraiser brings in $125 million

NEXT: Tracking the ‘lost boys’ of World War I is Philadelphia writer’s mission