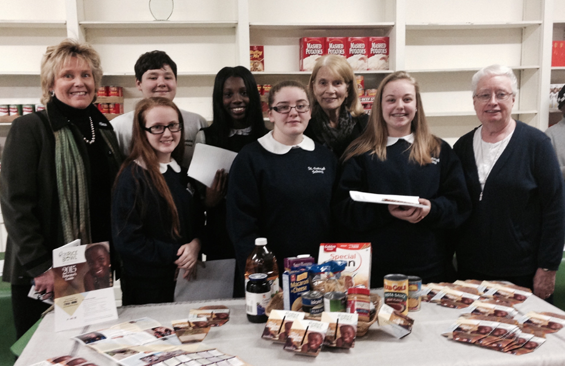 Each year during Lent, Rice Bowl invites the faithful to pray together, make a personal sacrifice through fasting and donate to less fortunate people around the world. The archdiocese’s program has become a model for other dioceses across the country to kick off the Lenten season with a similar prayerful gathering.

This year marks the 40th anniversary of CRS Rice Bowl, a program of Catholic Relief Services in which a portion of funds raised remains in the diocese in which the money was collected. Rice Bowl therefore touches people around the globe and locally as well.

In Lent 2014 more than $100,000 remained in the archdiocese and was used by archdiocesan Nutritional Development Services to purchase food for the network of over 50 food cupboards and soup kitchens with whom NDS shares.

NEXT: Yardley woman named to lead Communicators for Women Religious