Across the Aisles: Mary Mother of the Redeemer 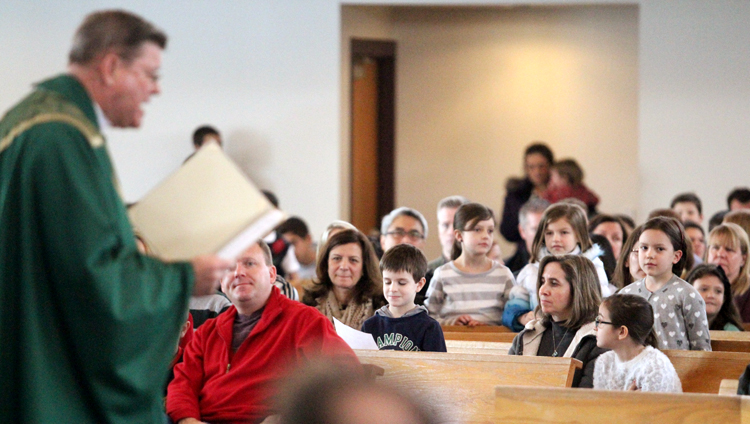 Worshipers at Mary Mother of the Redeemer Parish in North Wales gathered for Mass celebrated by their pastor, Msgr. John Conway, on Sunday, Feb. 8. At the Mass with their families were children who are preparing to make their first holy Communion this spring. Msgr. Conway recognized them among the congregation and asked the children to tell what they have learned so far about receiving the sacrament. The parish in Montgomery County was founded in 1987. (Photos by Sarah Webb) 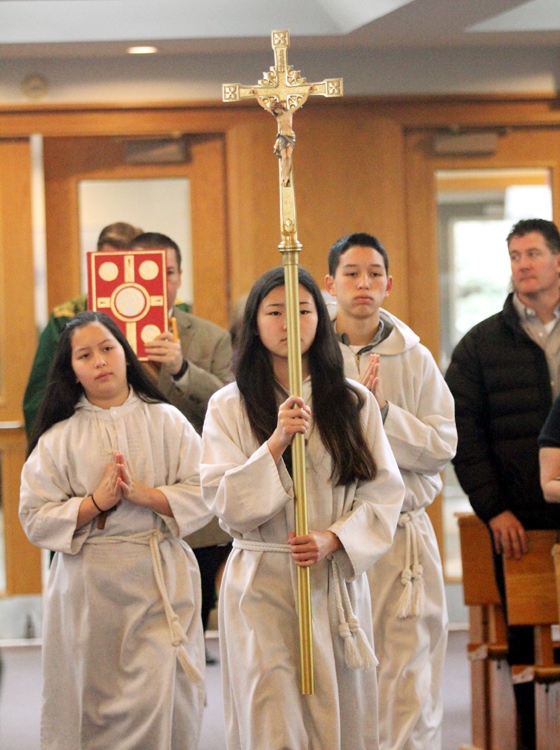 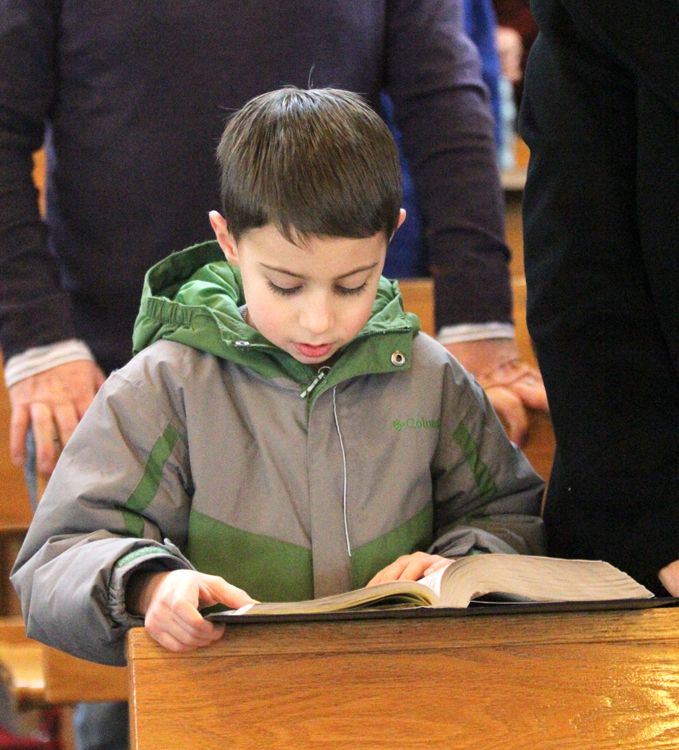 Joseph Allen, who will receive the sacrament of Eucharist this year, sings a hymn during Mass. 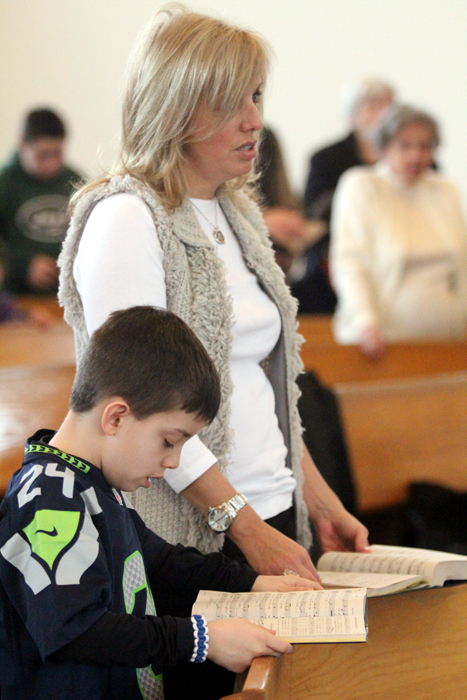 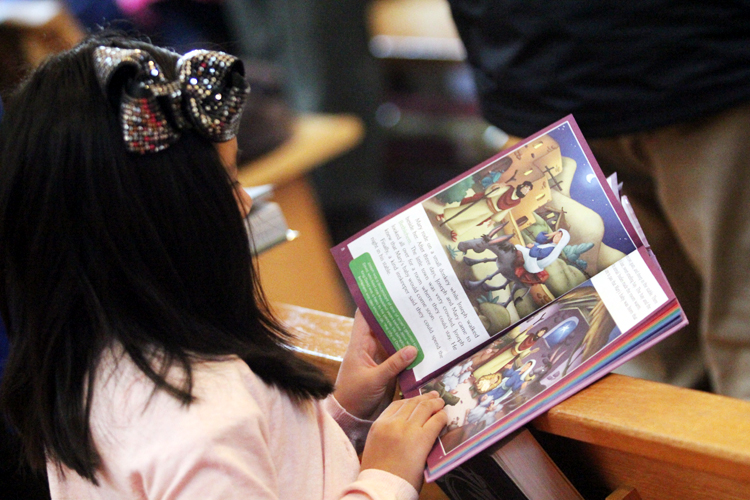 Alyssa Veal reads her children’s Bible as the readings for Mass are proclaimed. 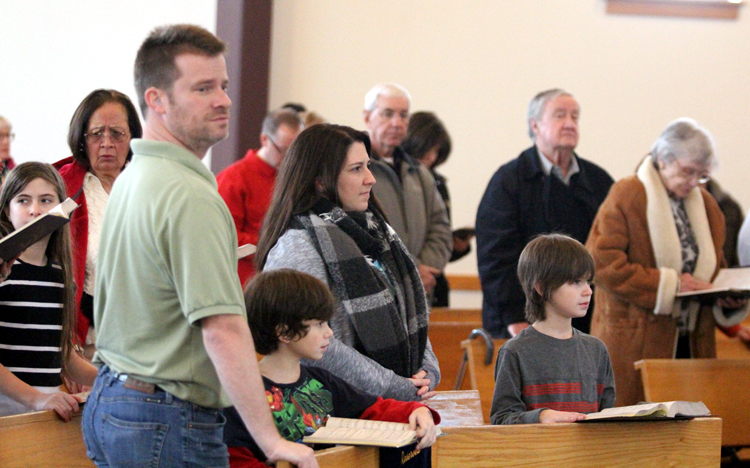 The Tecklin family of Mary Mother of the Redeemer Parish pray together. 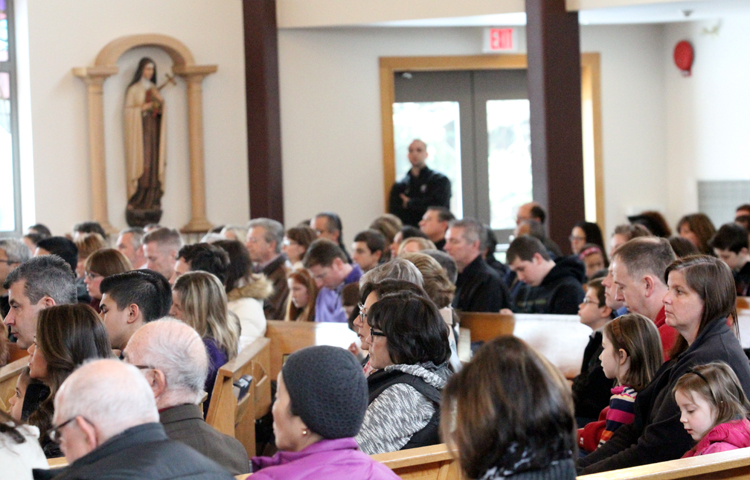 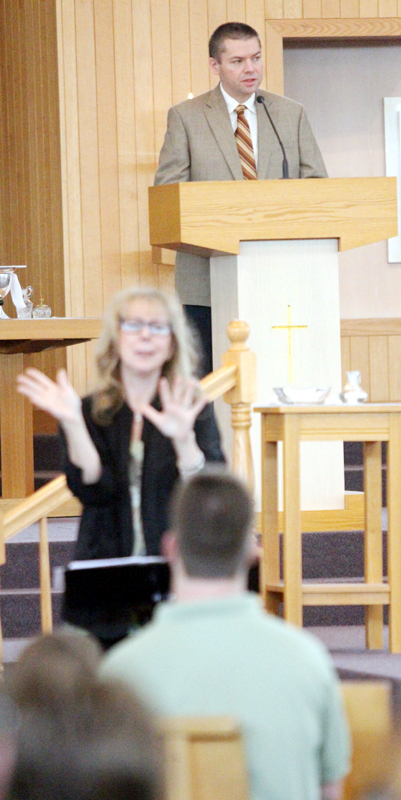 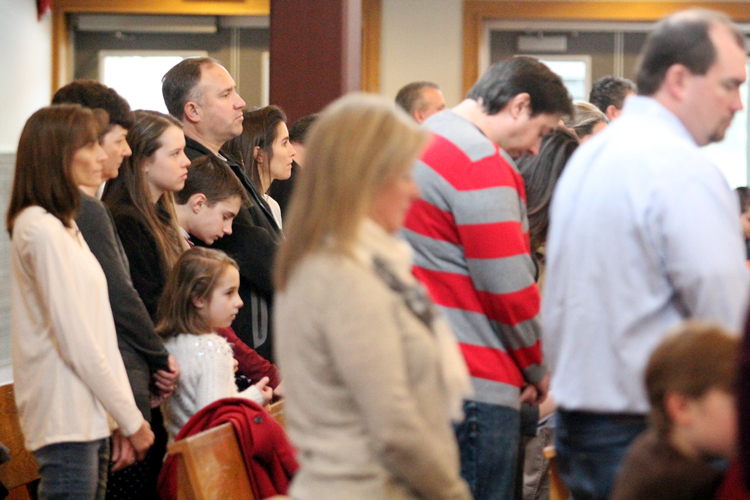 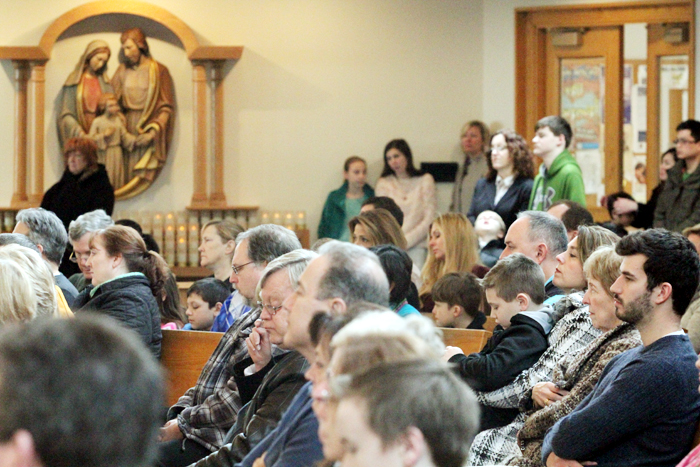 Msgr. John Conway speaks to children of the parish who will make their first holy Communion. 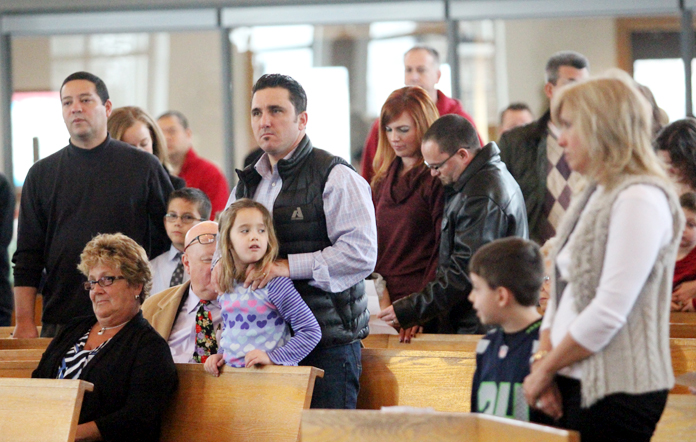 The first communicants feel the support of their parents standing with them, along with other parishioners. 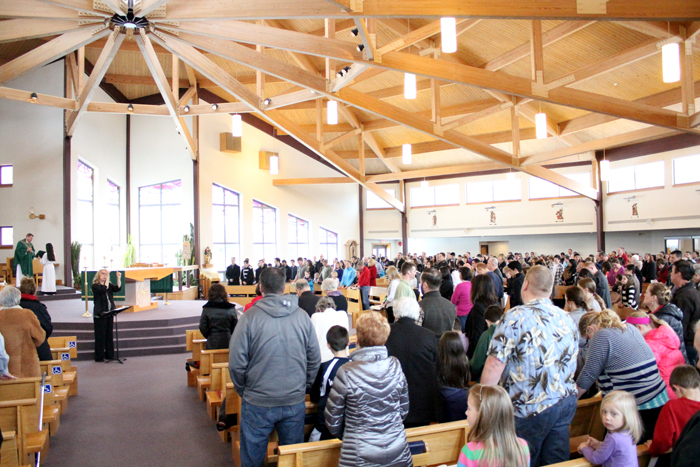 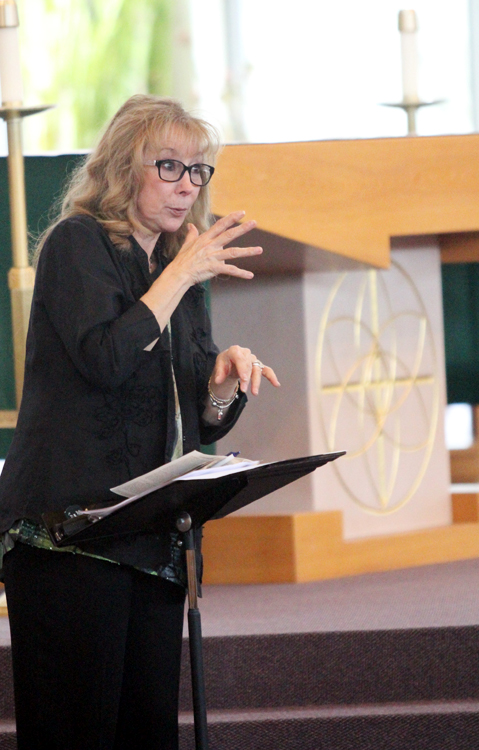 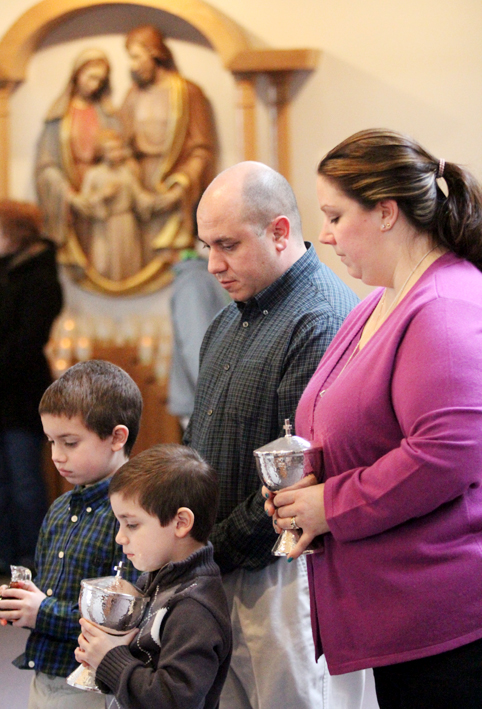 From left, Giovanni, Vincenzo, Francesco and Alana Paviglianiti bring up the offertory gifts. 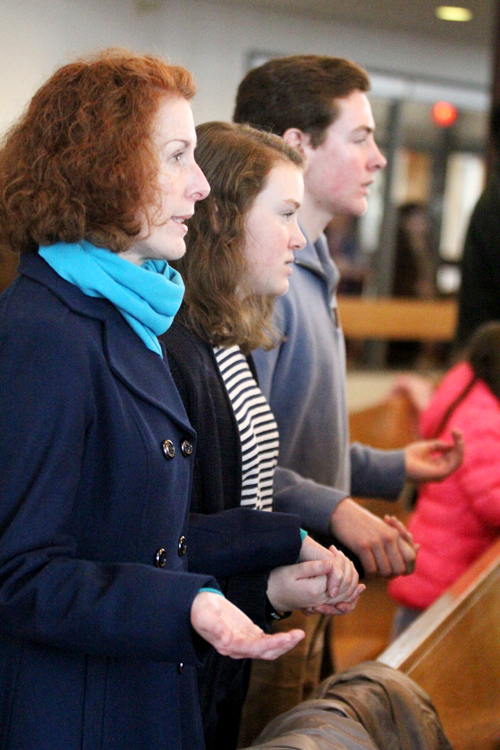 Kathy, Lindsey and Matthew Echelmeier pray the Lord’s Prayer together. 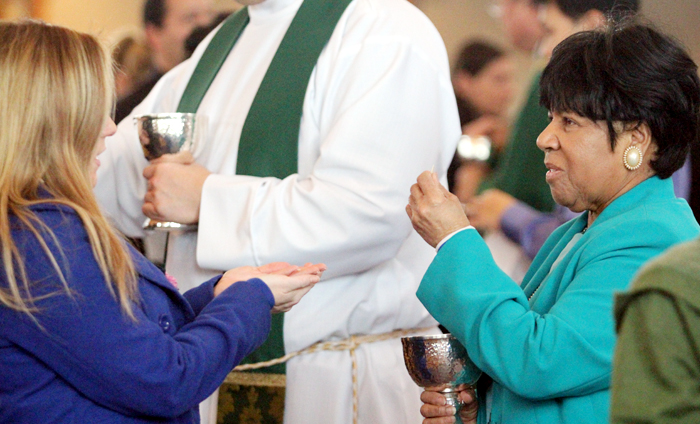 Extraordinary minister of holy Communion Carolyn A. Flint distributes the body of Christ.

PREVIOUS: Hate has no place at Hallahan