In taking up their cross, a family shows gifts from God 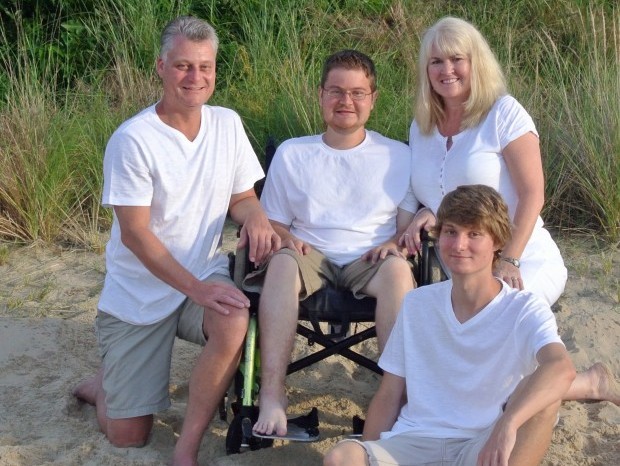 The Neill family, from left: Harry, sons Zach and Josh, and Joann.

Family and faith are cornerstones in the lives of the Neill family, members of St. Peter Parish, West Brandywine. All are actively involved in the life of their parish; Harry is an extraordinary minister of Holy Communion; Joann is a lector.

Their sons, Zach, 20 and Josh, 17, can be found in the youth band that plays at the Sunday noon Mass with Zach behind the drums and Josh playing bass guitar.

Like so many suburbanites, they are expatriate Philadelphians who joined St. Peter Parish in 1999. Harry is an environmental health and safety consultant, and vice president at 1Source Safety and Health, Inc. He is originally from St. Helena Parish in Olney, where they were married. He is also a Past Grand Knight of St. Peter Council 10351, Knights of Columbus.

Joann, who is not a cradle Catholic, was raised in the Baptist and Methodist traditions and grew up in Lawndale.

Zach has progressive muscular dystrophy and depends on an electric wheelchair to get around, but nevertheless he studies music at West Chester University. Josh, who was an altar server when he was younger, is challenged by severe migraine headaches, and is a student at Twin Valley High School.

Both Harry and Joann were actively involved when the boys were Cub Scouts, and it was when Zach was preparing for first holy Communion that Joann began to give serious thought to becoming a Catholic.

She took to it so well, she was actually volunteering with the PREP program before she had completed her own RCIA studies, and she credits Father Michael Fitzpatrick, St. Peter’s pastor, with helping her along her faith journey. “He is very charismatic,” she said.  “Our children watched me get baptized.” 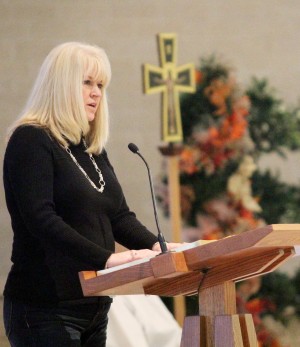 Joann’s empathy for people with disabilities carries over in her work life, which is as a paraprofessional at Twin Valley High School working with students with handicaps.

Harry’s religious outlet is Eucharist-centered and he especially enjoys eucharistic adoration when it is presented in the parish. “It serves the function to be able to praise God,” he said. “It gives me a framework to work with.”

Joann sees God as part of everyday life. “God chooses you for what he wants,” she said. “I feel that God is watching over us. I feel a calmness because of that. I try to be a good person and being a lector is a way to give back.”

The very real health problems of Zach and Josh are something the family has come to accept. “We look at the redemptive suffering that Jesus did for us,” Harry said. “Taking up that cross is our earthly task.”

Zach has a disability but he has done incredible things in spite of it, his father said. “He looks at the good of God, and for that reason he inspires other people. His philosophy is, be patient and be willing to let other people help you. Neither of our children are looking for instant gratification.”

People who might not understand that those who have visible disabilities can nevertheless have real abilities, are sometimes surprised how well Zach can play the drums, his father observed.

For his part, Zach is especially appreciative of the support he and his brother receive from their parents.

“They are always there for us,” he said. “They help me to appreciate little things and not take anything for granted. God is also part of it, and I especially find comfort in the rosary.”

Josh is in agreement with his brother. “The family is always there when we need them in different ways,” he said. “When I am feeling down they help me.”

For Josh, God is especially with him through the music he plays and writes. “He is always there in the back of my mind, telling me what I should or shouldn’t do,” he said. 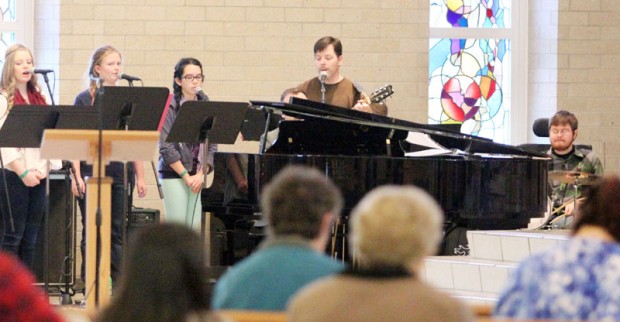 NEXT: Three generations share food and faith under one roof