Across the Aisles: Ukrainian Catholic Cathedral of the Immaculate Conception 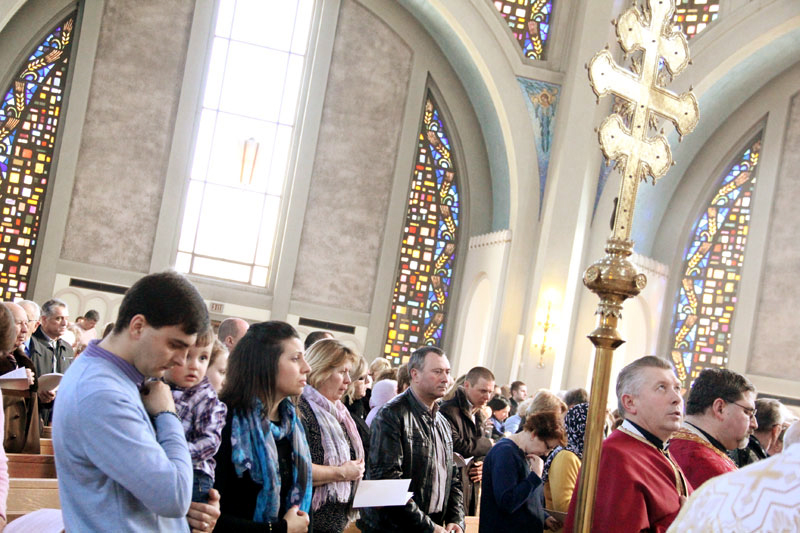 A special healing and prayer service on Sunday, March 22 at the Ukrainian Catholic Cathedral of the Immaculate Conception in Philadelphia included a relic of Blessed Mykola Charnetsky, a Ukrainian bishop and martyr with the Redemptorist religious order. (Photos by Sarah Webb)

Ukrainian Archbishop Stefan Soroka led the service, in which the faithful were anointed with holy oil. He also blessed a newly commissioned icon of Blessed Mykola, which will be available with the relic for prayer and veneration at the golden-domed cathedral.

Known as “the healer of souls,” Blessed Mykola was beatified by St. John Paul II in 2001 in Lviv, Ukraine. Many personal testimonies are recorded of miraculous healings through his intercession, and many of the faithful brought their prayer intentions to Sunday afternoon’s service.

Blessed Mykola, born in 1884 in Ukraine, ordained to the priesthood in 1909, and entered the novitiate of the Redemptorist Fathers in Lviv in 1919. In 1926 he was appointed apostolic visitator for Ukrainian Catholics in four areas of Ukraine, working zealously for the union of the church. He was ordained a bishop in 1931. He was arrested by the NKVD, the Soviet secret police of Josef Stalin on April 11, 1945 and sentenced to six years of hard labor in Siberia. According to official records, he underwent 600 hours of interrogation and torture and spent time in 30 different prisons and camps.

Terminally ill, in 1956, Blessed Mykola was permitted to return to western Ukraine, where he secretly continued to fulfill his episcopal obligations in the underground church.

In the midst of the cruelty and oppression that he suffered in imprisonment and exile, he was distinguished for his evangelical patience, gentleness and limitless goodness and holiness. During his lifetime he was considered by the faithful to be a holy man. As a consequence of his sufferings, he died a martyr for the faith on April 2, 1959 in Lviv. 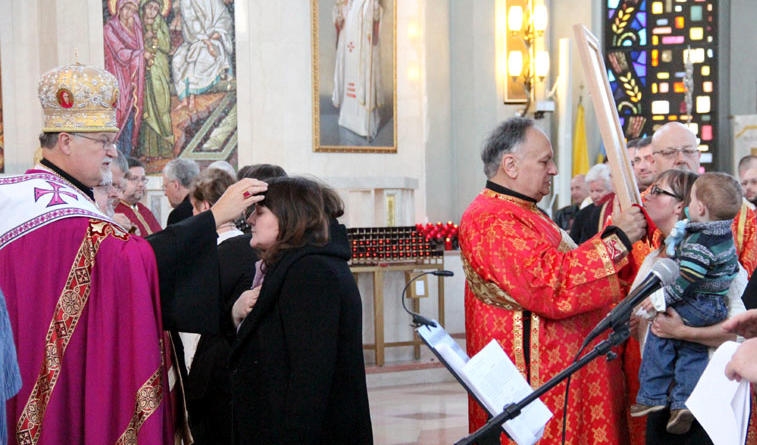 After venerating the relic, people are anointed with holy oil by Archbishop Soroka and priests at the service. 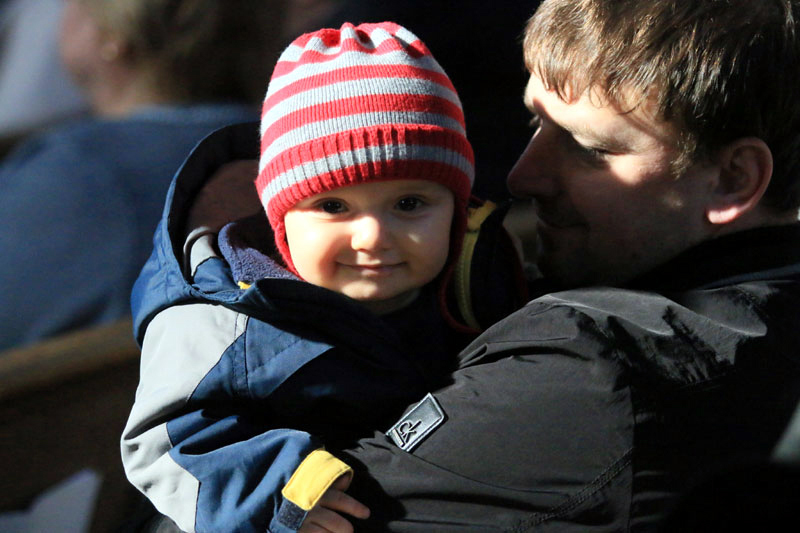 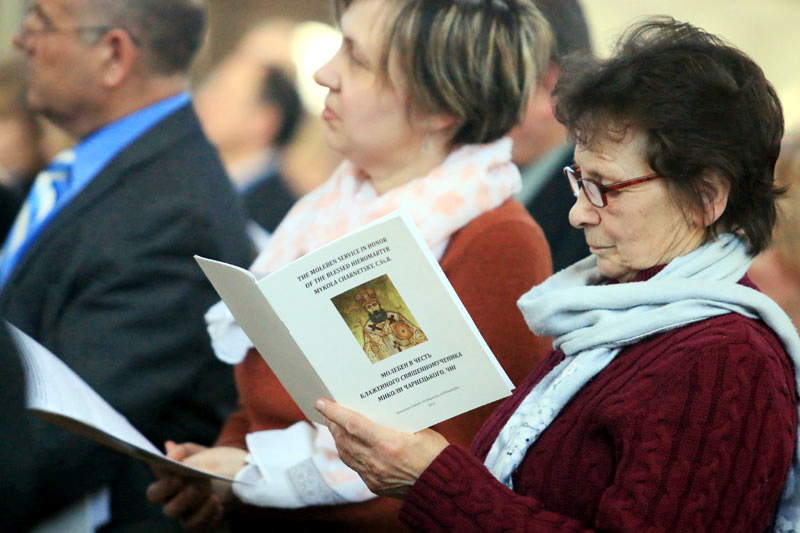 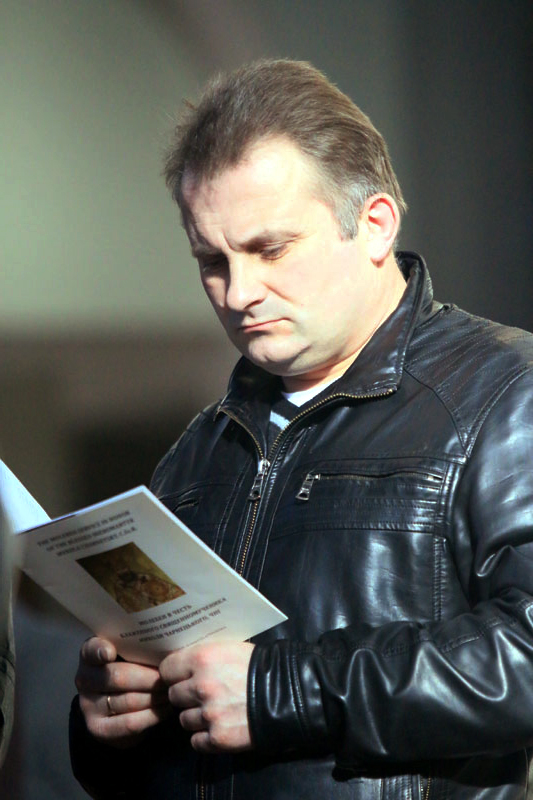 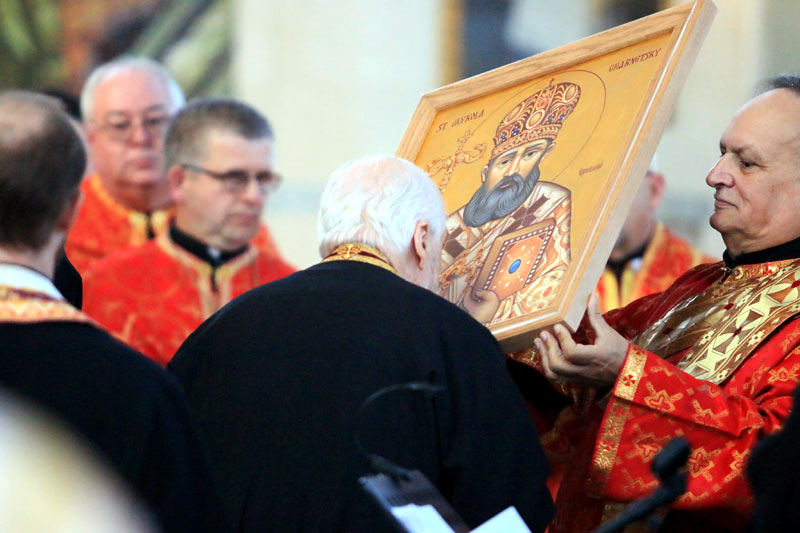 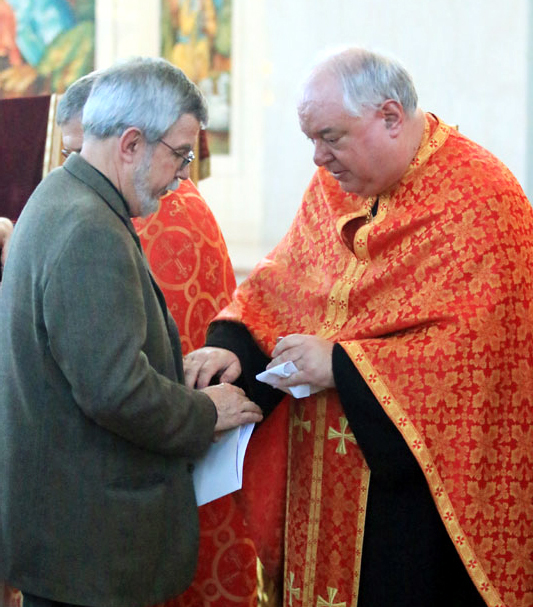 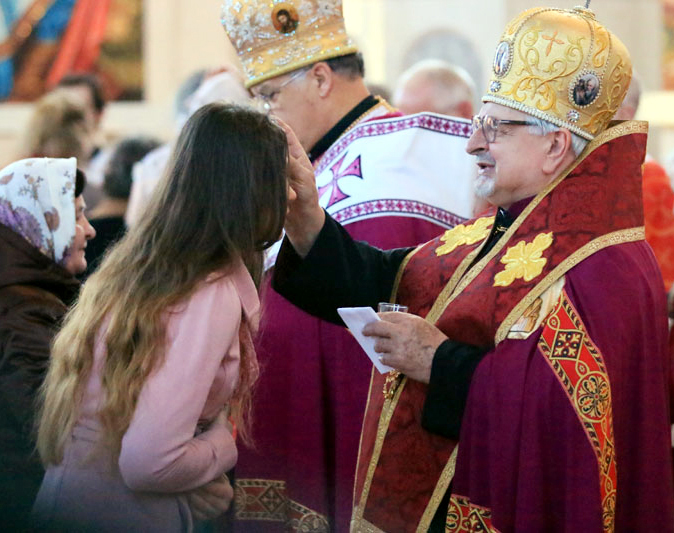 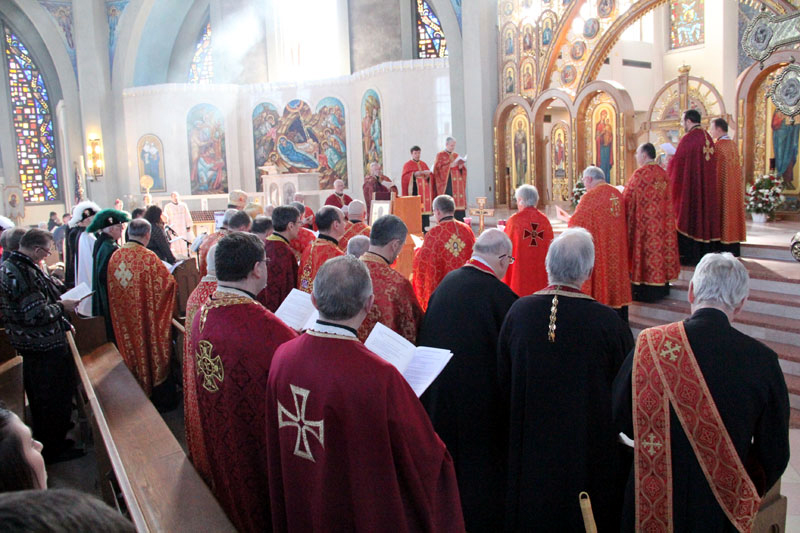 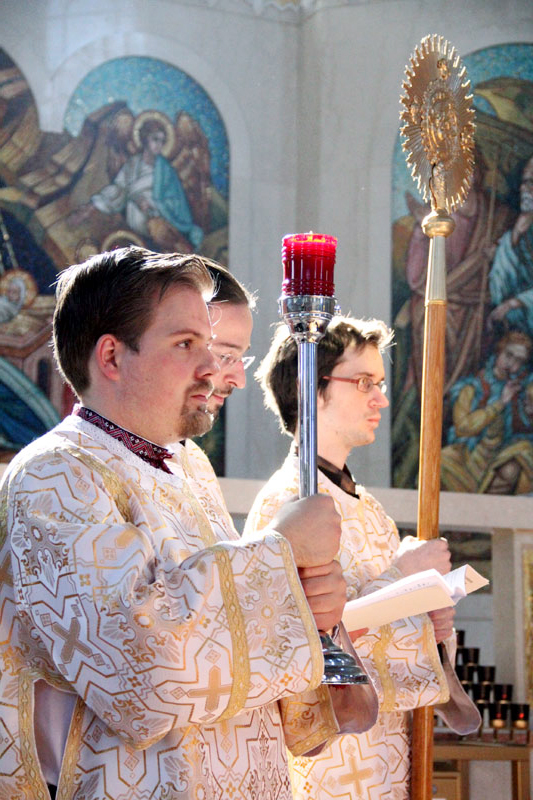 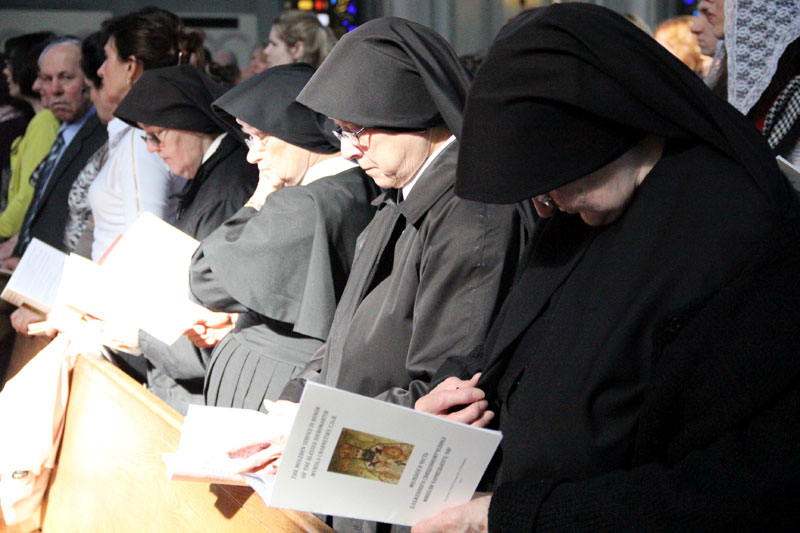 Sisters of St. Basil the Great. 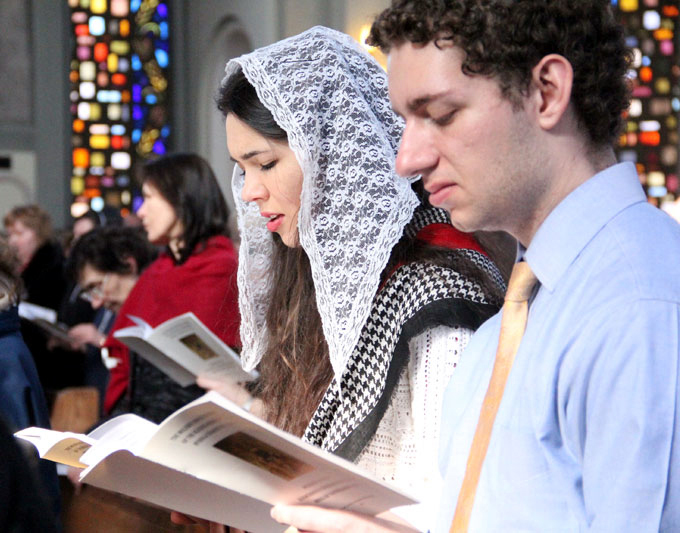 Honora Bullock and Andrew Strain pray during the liturgy. 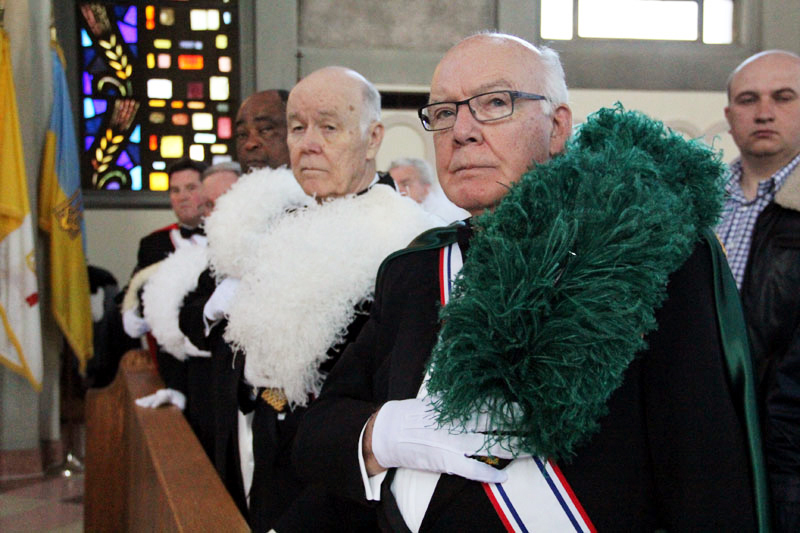 The Knights of Columbus were on hand at the service. 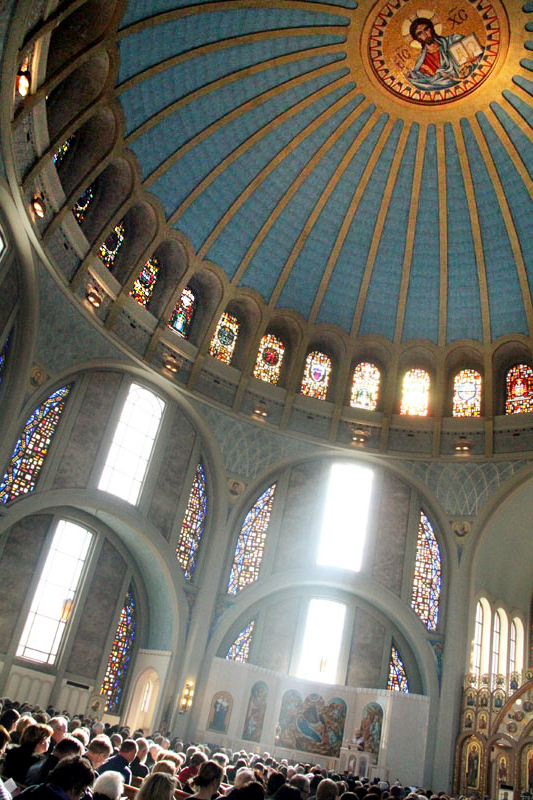 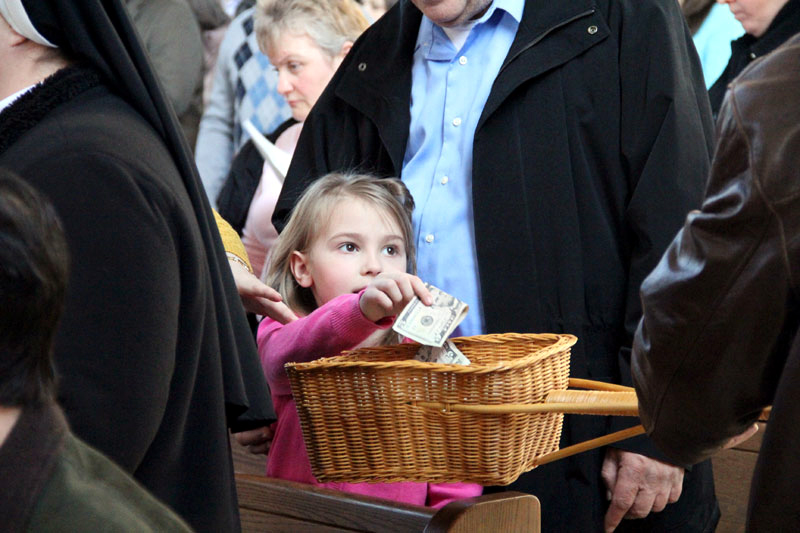 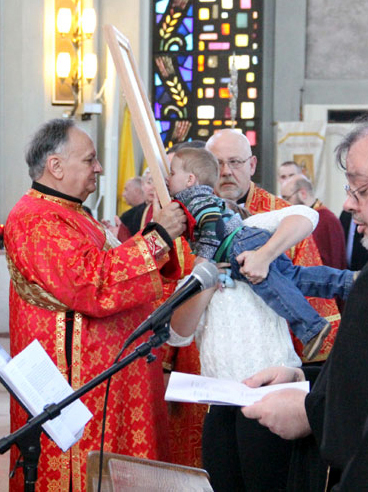 A young boy is lifted to venerate the relic. 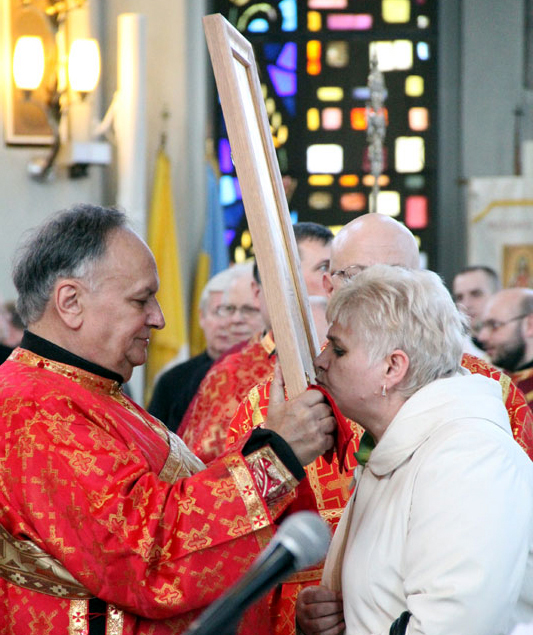 A woman venerates the relic. 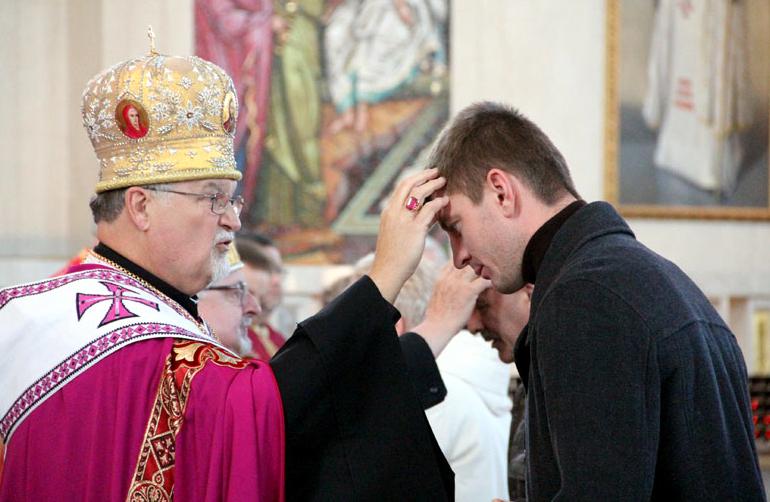 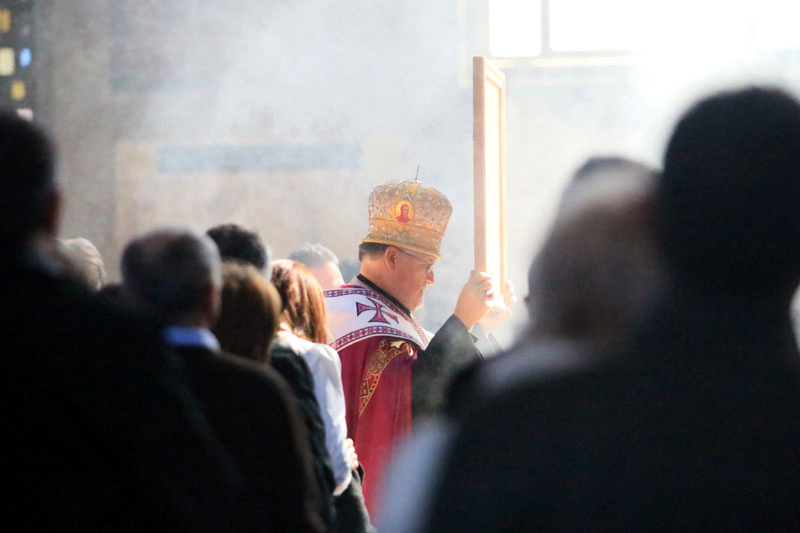 Archbishop Soroka processes into the cathedral with the icon/relic. 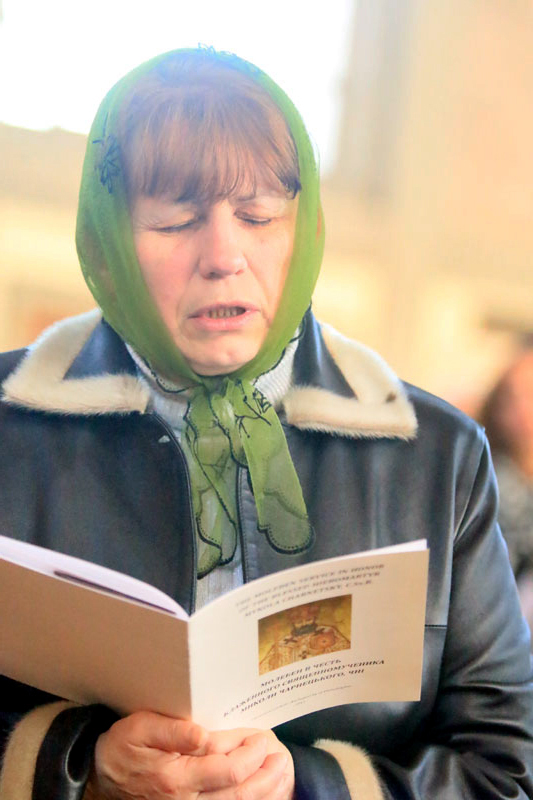 Nataliya Kizima prays during the service. 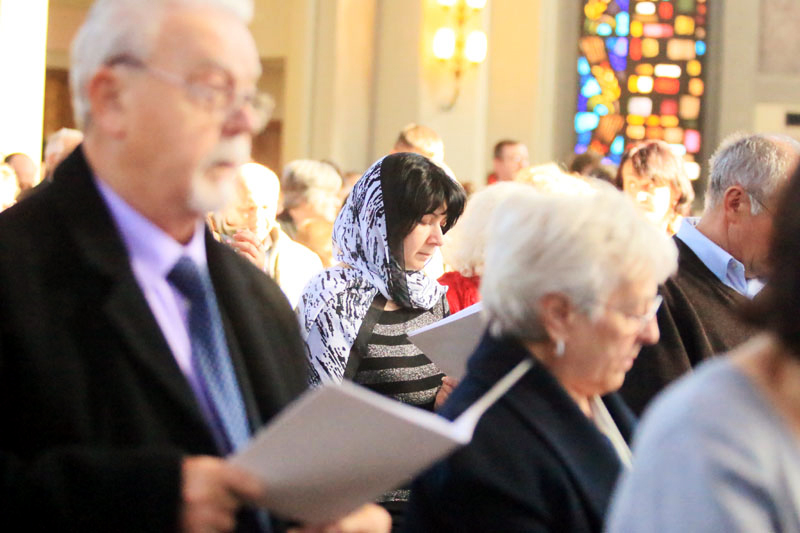 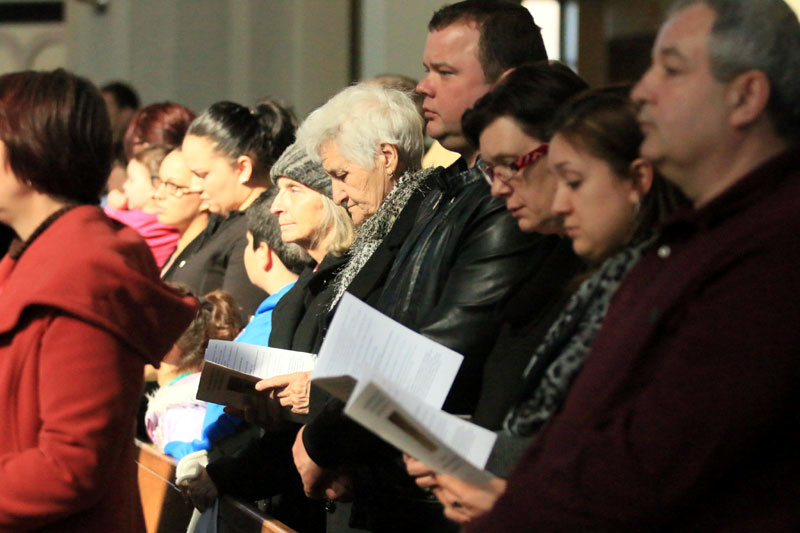 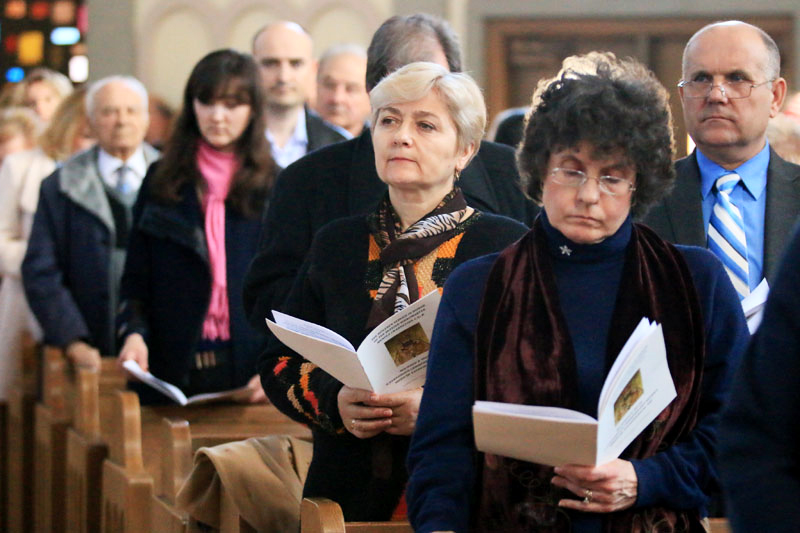 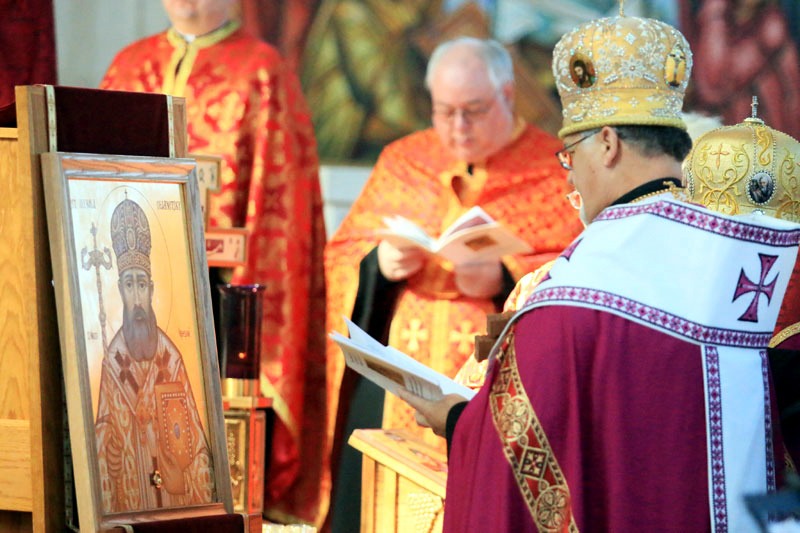 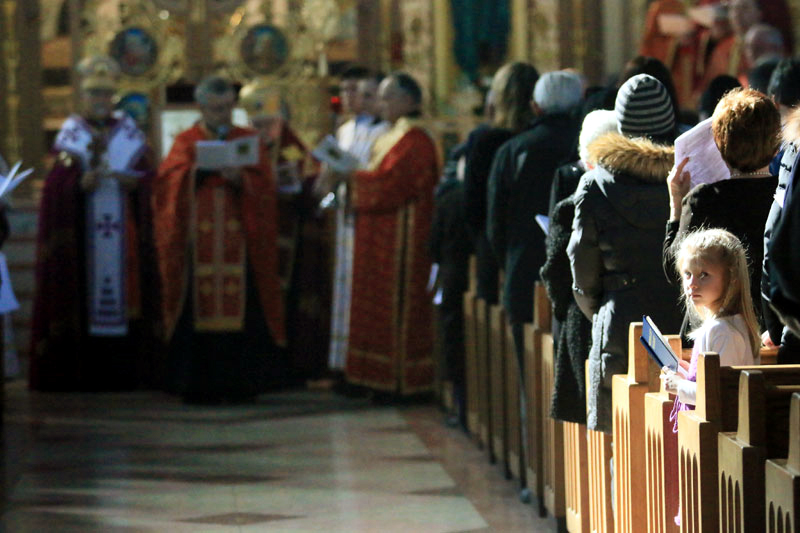 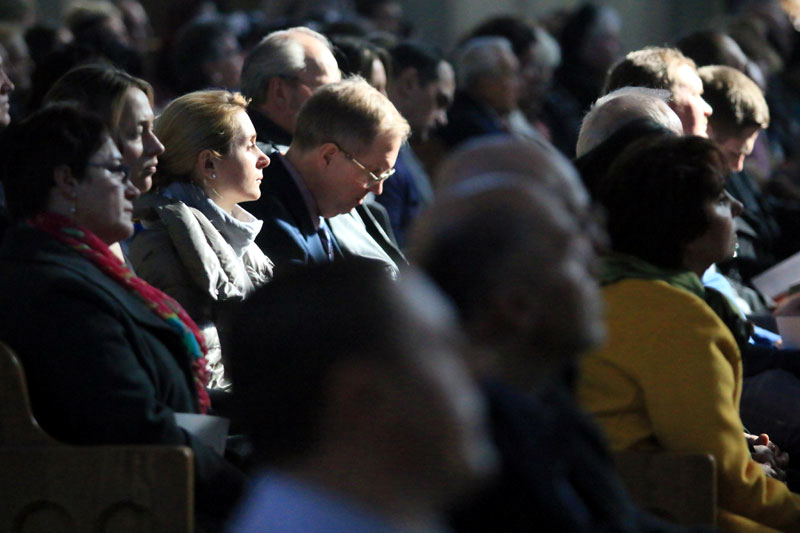 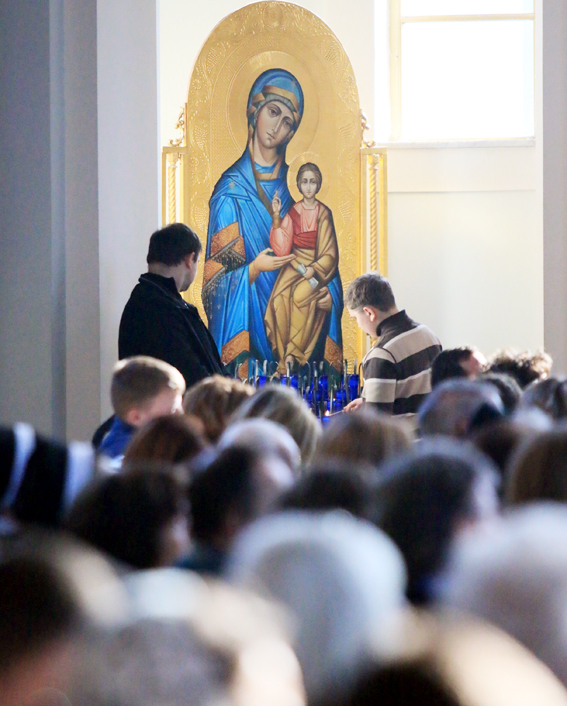 PREVIOUS: Women supporting each other in faith

NEXT: Mass for Persons with Disabilities