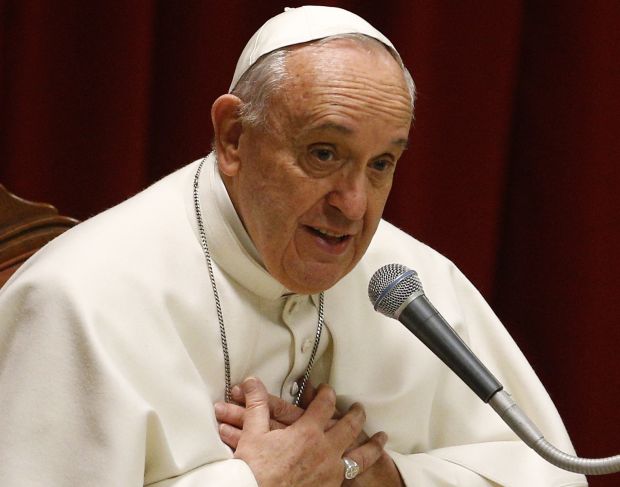 VATICAN CITY (CNS) — In every relationship, including one’s relationship with Jesus, it is important to remember that “first encounter,” that initial, life-changing moment of love, Pope Francis said.

Celebrating Mass April 24 in the chapel of the Domus Sanctae Marthae, Pope Francis used the first reading’s account of the conversion of St. Paul to begin a homily about a whole list of encounters Jesus had with individuals in the Gospels.

After John and Andrew met Jesus, they stayed with him “the whole evening” and became his disciples; Simon became Peter, the “rock” on which Jesus built his church; one man with leprosy healed by Jesus came back to thank him; and a woman was healed just by touching the hem of Jesus’ robe, the pope said.

“Look at the many stories there (in the Gospel) and see how Jesus encounters people, how he chooses the apostles — all the encounters with Jesus there,” the pope told the small congregation.

Catholics should read their Bibles, paying special attention to those stories of encounters and look at details that might be similar to their own meeting with Jesus even though “everyone has their own” story to tell.

“He never forgets, but we forget our encounter with Jesus,” the pope said. “This would be good homework: Think, ‘When did I really feel the Lord close to me? When did I feel I had to change my life or be better or forgive someone? When did I meet the Lord?'”

“This is a beautiful prayer and I recommend you do it every day,” the pope said. “And when you remember, rejoice in it because that memory is a memory of love.”

NEXT: Silence as a way of being