Put your problems, concerns, loved ones in the Lord’s hands, pope says 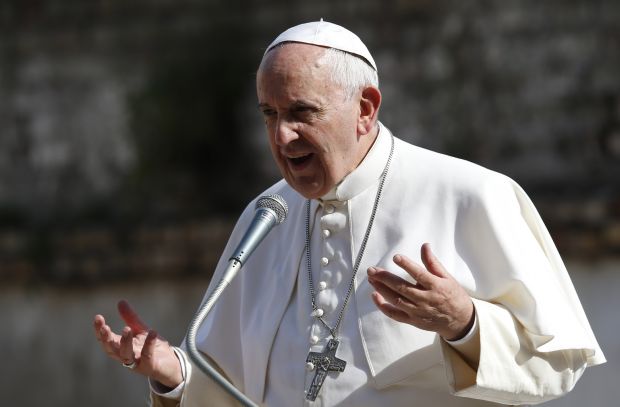 VATICAN CITY (CNS) — Trials and tribulations are part of life for Christians, like anyone else, but believers draw strength and hope from entrusting themselves and their problems to the Lord, Pope Francis said at his morning Mass.

“A prayer of entrustment” is something many Christians do not do very often, but they should, the pope said May 5 during the Mass in the chapel of the Domus Sanctae Marthae.

Prayers of entrustment, he said, are signs of “trusting in the power of the Lord and in the tenderness of the Lord, who is our Father.”

The first reading at the day’s Mass, Acts 14:19-28, recounted how Paul and the other disciples had to endure hardship and even persecution as they preached the Gospel, but they commended each other to the Lord and to his grace and kept going.

“To endure is to have patience, to carry the weight of tribulations on your shoulders,” the pope said. “It’s not a masochistic attitude,” but a realistic one that recognizes some things just must be endured.

In times of tribulation, he said, “Jesus tells us, ‘Have courage.'” Jesus gives his followers strength, perseverance and hope, he added.

“In life we all must walk the path of tribulation, but that is the law of life,” he said. “In those moments, entrust yourself to the Lord and he will respond with his peace,” the same peace he promised his apostles.

PREVIOUS: Honor your father, even if he’s not honorable

NEXT: How do I love thee? Gospel teaches how to count the ways, pope says