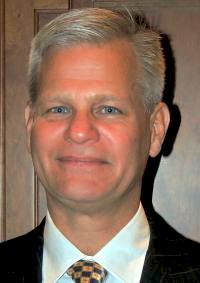 The Sisters of St. Casimir and the Board of Directors of Villa Joseph Marie High School in Holland have named Thomas Kardish president of the school, effective July 1.

He will replace Mary T. Michel, who served at Villa Joseph Marie for 22 years, including eight years as its first president.

A 1979 graduate of Holy Ghost Preparatory School in Bensalem, Kardish holds an AB in anthropology from Harvard University and an MBA from the University of Pennsylvania, Wharton School of Business.

Most recently, Kardish was the owner/CEO of Doylestown Lumber & Millwork, where he quadrupled the company’s revenue during his 17-year tenure and oversaw the company’s merger with Tague Lumber in 2014.

As a business leader, Kardish will bring to Villa Joseph Marie skill sets and connections from his extensive experience in executive leadership, business development, finance and marketing.

A man of deep faith, Kardish formed a relationship between his parish, Our Lady of Mount Carmel in Doylestown, and St. Jude Parish in Port au Prince, Haiti, to provide primary health care to the community there. He also serves as a trustee for Holy Ghost Prep; an advisor for the Harvard i-Lab in Cambridge, Mass.; and an alumni interviewer for Harvard in the mid-Atlantic region.

“We are delighted that a person of Tom’s character and ability will be leading Villa into the next phase of its history,” said Sister Regina Dubickas, General Superior of the Sisters of St. Casimir. “Terri Michel has done an incredible job as president. We have great confidence that Tom will be able to build on Villa’s past and collaborate with its dedicated faculty and staff in creating Villa’s future with passion and a deep sense of mission.”