Pray for those who persecute you 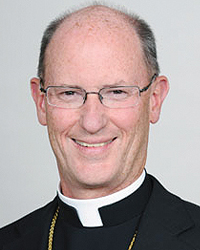 This article first appeared in the magazine First Things, online at FirstThings.com.

Like most people, I was appalled by the exposé of Planned Parenthood released last week by the Center for Medical Progress. Caught on video, Planned Parenthood’s senior medical director callously discusses the harvest and transfer of tiny hearts, lungs, and livers.

She discusses where and how to “crush” unborn bodies with forceps in order to leave the marketable organs intact, and she assesses the monetary value of those organs. She explains the best methods by which to decapitate a small human being. The footage is sickening; the transcript is even worse.

I am not an attorney. I cannot judge whether Planned Parenthood violated laws against organ trafficking, medical negligence, or partial-birth abortion. In some ways, these questions are absurd: When laws exist to regulate the butchering of tiny human beings and the sale of their remains, compliance issues seem farcical. And yet these legal issues are important. They might lead to serious limitations of abortion and its funding.

I am glad that these questions will be thoroughly investigated by competent authorities. I pray that they will be investigated fairly.

I am aware of ongoing conversations regarding the morality of pro-life “sting operations.” People of goodwill are asking reasonable questions about the hard limits of truth-telling, deception, and investigation. Undercover investigations of this sort land on the fault lines of serious questions in moral theology.

In 2011, the moral theologian Janet E. Smith wrote that “scholars and philosophers owe it to our fellow men and women to get this straight.” She is right. This conversation should continue. But it should not distract us from the atrocities that have been revealed.

For decades, I have prayed outside of abortion clinics. During the days of Operation Rescue, I went to jail with brother priests and faithful men and women. I have seen men and women on their knees in snow, and rain, and blistering heat, praying for unborn children suffering agony and death. I have prayed for their mothers, their fathers, their grandparents. In the best circumstances, I have seen women turn away from abortion — choosing life, and choosing freedom.

Of course, I’ve prayed for those who perform abortions, or facilitate them. I’ve prayed for their conversions. And I’ve celebrated when men and women like Dr. Bernard Nathanson and Abby Johnson turn away from the practice of barbarism.

But until this week, I have never really grasped the degree to which people in the abortion industry are enslaved, corrupted, and abused by the culture of death. In the debate over Planned Parenthood’s legal compliance, and in the quibbling over the methods of the Center for Medical Progress, the people performing abortions should not be forgotten.

Anyone who can casually discuss tearing children to shreds while having lunch and a good cabernet is a victim of the father of lies. Anyone who thinks that divvying up murdered bodies does “a little bit of extra good” is a captive subject of the dictatorship of relativism. This video reminds me that anyone who traffics in abortion loses a vital and beautiful spark of humanity. Evil coarsens us and deadens us — robs us of the freedom life offers.

Maximilian Kolbe was a Polish priest imprisoned at Auschwitz in 1941. He spent four months there before dying a martyr’s death. During those four months, Father Kolbe was beaten with regularity. His cellmates were beaten as well. He prayed for his captors. He asked his cellmates to do the same.

He reminded them that the same evil that destroyed the bodies of prisoners was destroying the souls of his captors. Many of the guards were young. Many of them were conscripts. Many of them chose profoundly evil acts, with full moral culpability. But each one of those who tortured Father Kolbe was a human being, an immortal soul, who had been seduced, ensnared, or possessed by the lies of the Evil One.

Father Kolbe prayed for his tormentors. They were not his enemies. Their salvation was the prize he hoped to gain by the witness of holy love, and holy martyrdom.

Planned Parenthood perpetrates evil deeds. And in perpetrating evil deeds, the men and women who work for Planned Parenthood become hardened against human dignity. They lose their ethical sense. They calculate the financial benefit of depravity. Yet these men and women were made for eternal life, and for unity with Jesus Christ. Behind every depravity there is a soul, in danger of being lost forever.

A person who believes that evil is good will not have a moral conversion upon being told that she has broken the law. An organization committed to killing does not close its doors because of a public relations problem. But these discoveries might be the catalyst for our prayers. Only grace is capable of liberating hearts that have been ensnared by powerful evil.

Pope Francis reminds us to forsake the ninety-nine, in pursuit of even one lost sheep. Our Lord commands us to pray for those who persecute us. This week’s video put a human face on the power of the culture of death.

Bishop James Conley is the bishop of the Catholic Diocese of Lincoln, Nebraska.

PREVIOUS: A papal call to action on the environment

NEXT: Love your neighbor to combat the culture of violence