Diplomas in hand, kindergarteners are ready for summer break

May procession, motherhood series honor Mary during her month 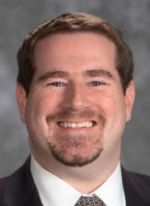 According to a news release announcing the appointment, for the past three years Bradley was principal of St. Edward Catholic School in Jeffersontown, Ky., a parish elementary school in the Diocese of Louisville, where he led a turnaround resulting in higher enrollment.

He previously taught at Jesuit-run Brophy College Preparatory High School in Phoenix and served in a New Mexico mission school for poor children.

“Andrew’s leadership and passion for mission have been exceptional gifts to every institution where he has worked, said Francis Fox, president of Archbishop Carroll. Bradley possesses “critical leadership qualities necessary for the continuation of our unprecedented growth,” Fox added.

A graduate of Georgetown University, Bradley also earned master’s degrees in secondary education from the University of New Mexico and in educational leadership from Arizona State University.

NEXT: Kindergartners learn about fire prevention