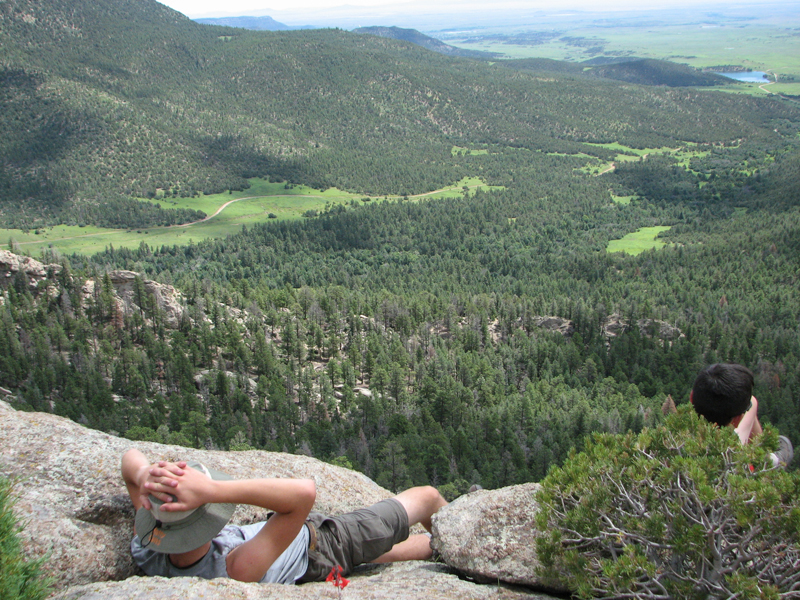 Catholic campers take in the view of 137,493-acre wilderness of the Philmont Scout Ranch in the Sangre de Cristo Mountains of New Mexico during the St. George Trek last summer. 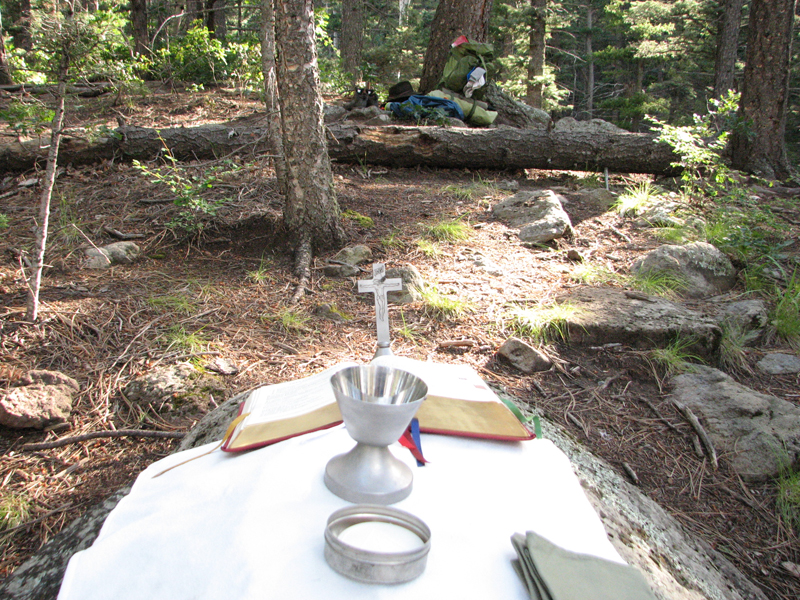 Mass was celebrated outdoors every day by one of the retreat’s accompanying priests.

Robert Fisher, 18, a member of Assumption B.V.M. Parish in Feasterville and Zachary Rotzal, 15, of Mary Mother of the Redeemer Parish in North Wales, both hiked through New Mexico for two weeks in July to participate in St. George’s Trek.

The biannual retreat held at Philmont Scout Ranch in Cimarron, N.M., is named for St. George, the patron saint of scouting, and sponsored by the National Catholic Committee on Scouting.

Philmont consists of 137,493 acres of wilderness in the Sangre de Cristo Mountains, situated along the old Santa Fe Trail. The ranch was a gift to the Boy Scouts of America from oil tycoon Waite Philips in 1938. Thousands of scouts hike Philmont’s trails each summer but few experience the St. George Trek.

Every diocese in the United States has the opportunity to send two scouts on the trek. Fisher and Rotzal were chosen after an application process overseen by the Archdiocese of Philadelphia’s Catholic Committee on Scouting.

The participants are organized into crews of 10 scouts, with each crew guided by a seminarian and a priest. This year there were eight crews, including one all-female crew made up of Venture scouts and two Benedictine sisters.

In addition to hiking and prayer, the scouts also had time to engage in several other activities including rock climbing, shotgun shooting and burro racing.

Rotzal, a sophomore at La Salle College High School where he plays in the pep band and serves as a volunteer tutor as well as an altar server and lector at his parish, said his favorite part of the trek was “being able to experience Mass every day with new scenery. From the low valleys to the top of Mount Baldy, every Mass was unique.” 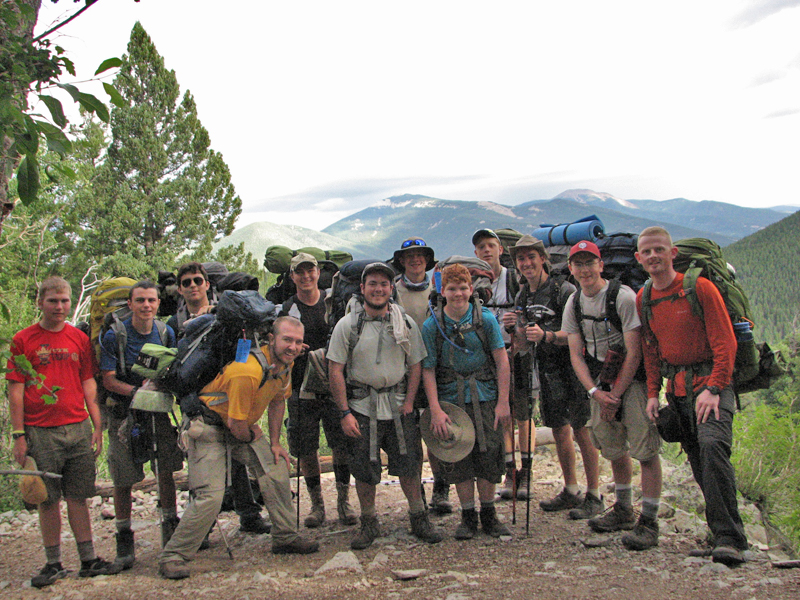 The Boy Scouts on the St. George Trek were organized in groups of 10 and joined by a seminarian and a priest, including at right, Father David M. Friel, a priest of the Philadelphia Archdiocese.

His counterpart Fisher, a senior at Father Judge High School and active youth group member, lector and PREP catechist at his parish, said the highlight of the retreat was the 360-degree view from atop the iconic Tooth of Time, which helped him realize “just how beautiful God made the world.”

When the crews returned to base camp after nearly two weeks on the trail, it was clear that each participant had received numerous graces while in the backcountry. One of the effects that both Philadelphia participants appreciated was the detachment from the world they experienced at Philmont.

“It is easy to notice the presence of God in the peace of nature, but in the busyness of the city, we need to set time aside each day to realize these blessings,” Rotzal said. Fisher expressed a similar sentiment: “It took me out of the busyness of life and away from technology and allowed me to focus on my spiritual side and really think,” he said.

Rotzal recommends the St. George Trek to other Catholic scouts “because it is a fantastic opportunity to explore the goodness of God on a personal level,” he said.

As they continue at school this fall, both young men bring with them lessons learned about God, themselves and others while out in “God’s Country,” as the ranch is affectionately known by its staff and visiting hikers. Sometimes, the most primitive parts of creation can be the most sophisticated type of classroom. 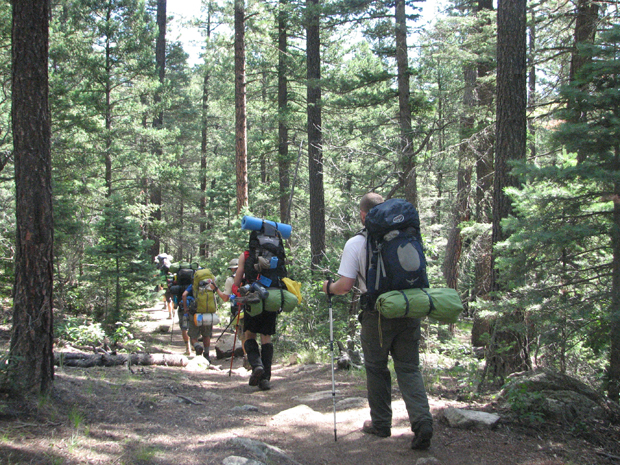