Local Navy pilot will fly with American flag from the Prep 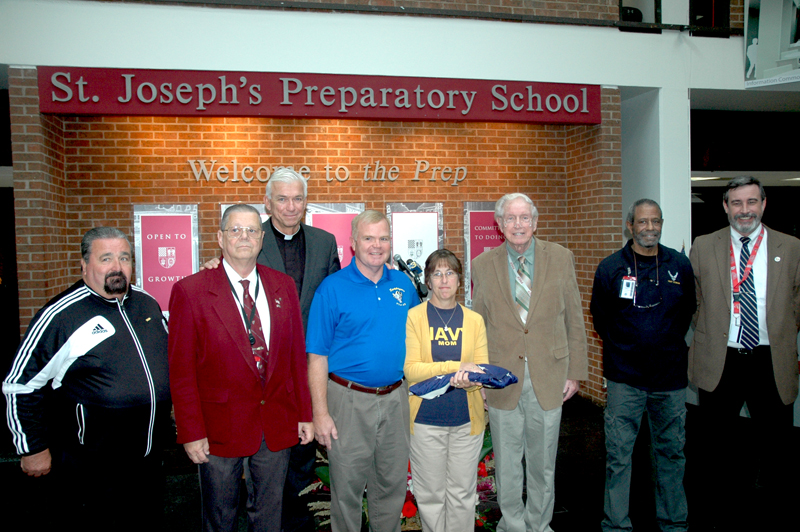 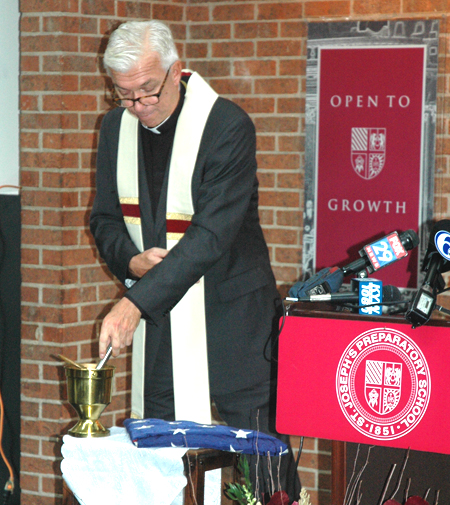 When a fighter pilot from Philadelphia takes to the skies soon, he’ll have a memento of his Catholic education with him.

U.S. Navy Lt. Greg Taylor, a 2007 graduate of St. Joseph’s Preparatory School, will deploy on the USS Harry Truman aircraft carrier this fall and when he does, he will continue the custom of pilots carrying an American flag in their cockpit.

Taylor requested the American flag that flew over the Prep, a place that has special meaning for him. On Monday, Oct. 26 Jesuit Father John Swope, president of the Prep, blessed the flag and presented it to the pilot’s parents, Paul and Kathy Taylor.

“We are honored and privileged to be a part of this wonderful tradition,” said Father Swope. “We look forward to having Lt. Taylor take a piece of the Prep with him as he flies in defense of our country.”

Faculty and staff of the Prep who are military veterans attended the blessing ceremony, along with Prep students.