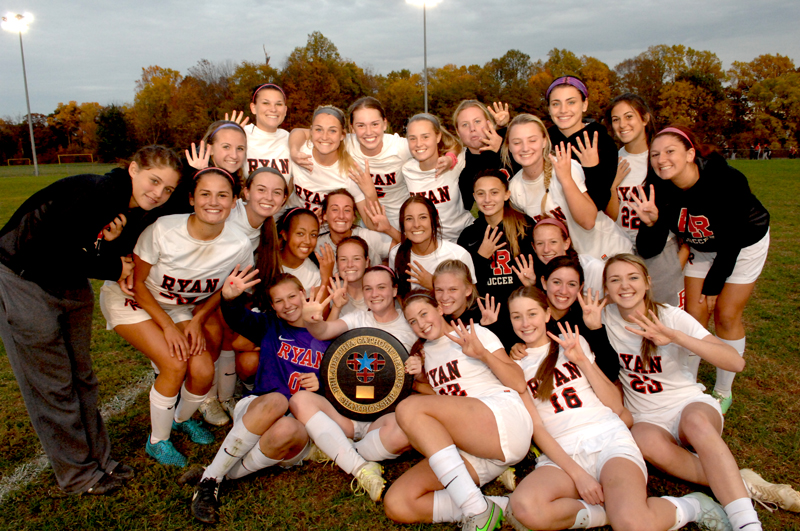 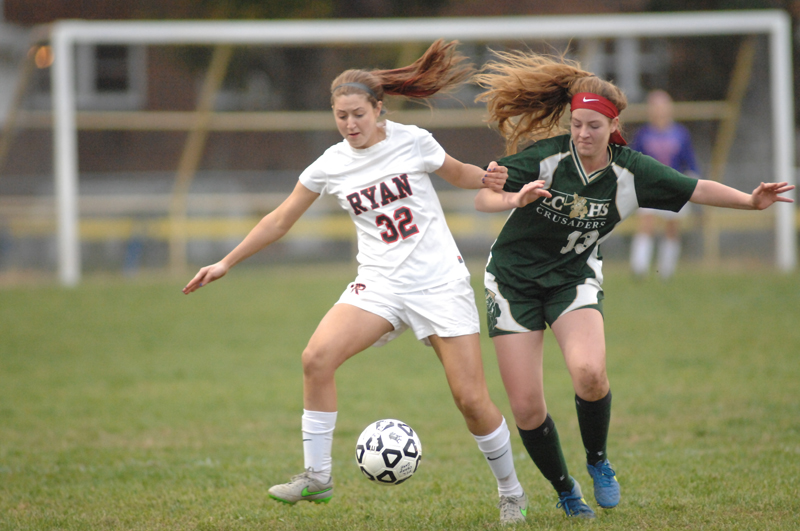 After a while, it seems to become a foregone conclusion as to which team will be the last team standing.

During last year’s championship celebration, Archbishop Ryan’s returning players talked about how “next year” would be as just successful, if not better.

Ignited by scoring a goal before many fans had even arrived, the Ragdolls dispatched Lansdale Catholic, 3-0, in the Catholic League title contest Oct. 31 at Archbishop Ryan High School. Ryan has seized four consecutive titles and six in the past 11 seasons.

“Really proud of them,” said Ryan coach and 1997 alum Ryan Haney. “They are a fun team to watch and be around.”

The last thing Lansdale Catholic wanted to do was to fall behind early. But the Ragdolls have a way of doing precisely the opposite of what their opponents prefer.

So when senior Jules Blank took a feed from Erin McIntyre and deposited the game’s first goal just two minutes into regulation, Lansdale Catholic was forced to abandon the possible strategy of playing overly conservative.

Meanwhile, Archbishop Ryan wasn’t about to change its approach. An intelligent squad that relies on its instincts regarding when to be aggressive and when to be coy, the Ragdolls were aching to double their advantage.

They did just that when Blank set up Taylor Woods later in the half to make it 2-0. With goalie Devon McDonald stopping five shots and Blank adding her second goal of the contest in the second half, the Ragdolls mirrored their 3-0 win over LC on Sept. 28.

“Every championship feels great,” said Blank. “Every one is different, but they’re all special and you never get tired of it.”

Four days later, Blank made history. She became Ryan’s all-time leading scorer when her four goals lifted the Ragdolls past Franklin Towne Charter, 5-0, in the Class AAA District 12 championship. Her fourth goal did the trick, increasing her season total to 35 and career number to 82.

Ryan, which is now 19-1-1 and has outscored its opposition by 80 to 8, will pursue a state championship starting this week. 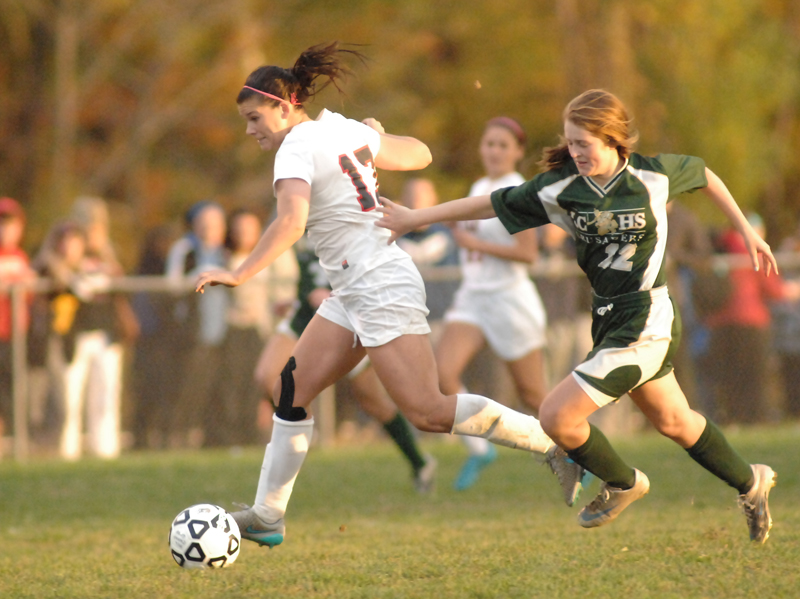