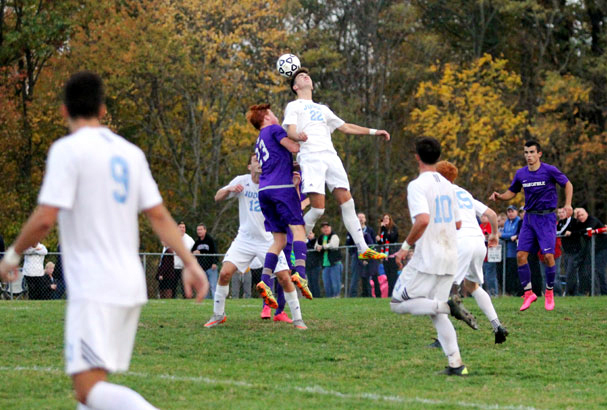 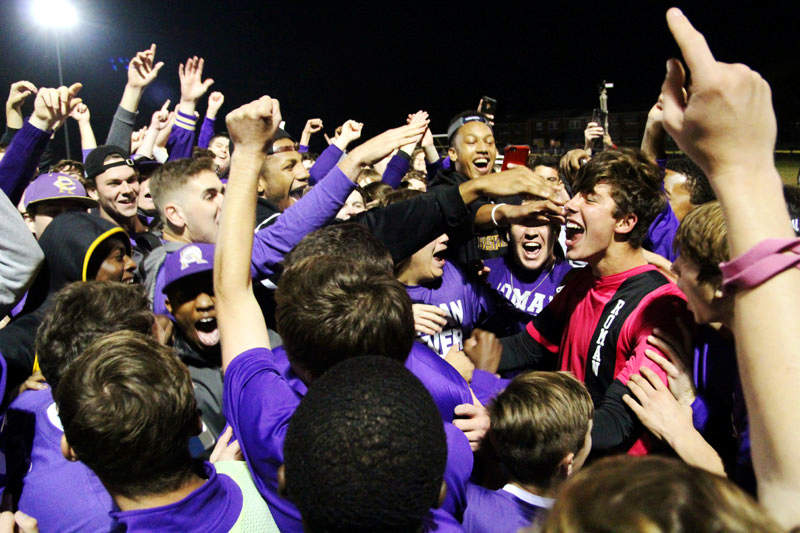 Roman goalie Mark Tobin (in pink jersey at right), who shined during the championship game, celebrates with fellow teammates and students. 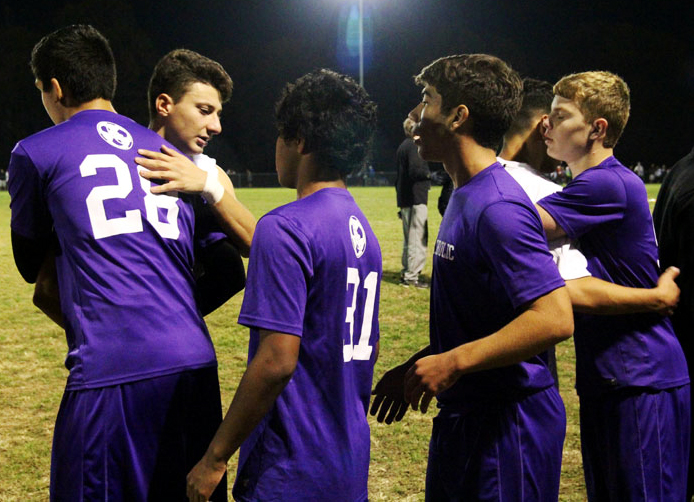 Roman and Judge players show solid sportsmanship after the game. 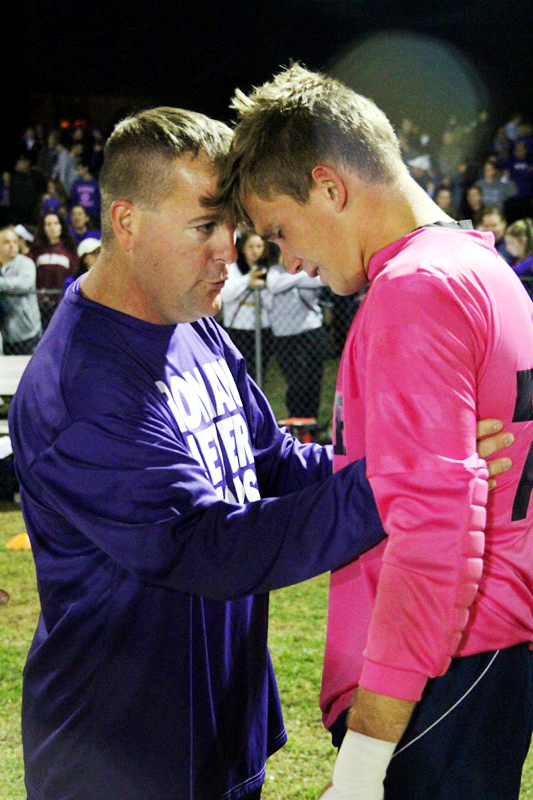 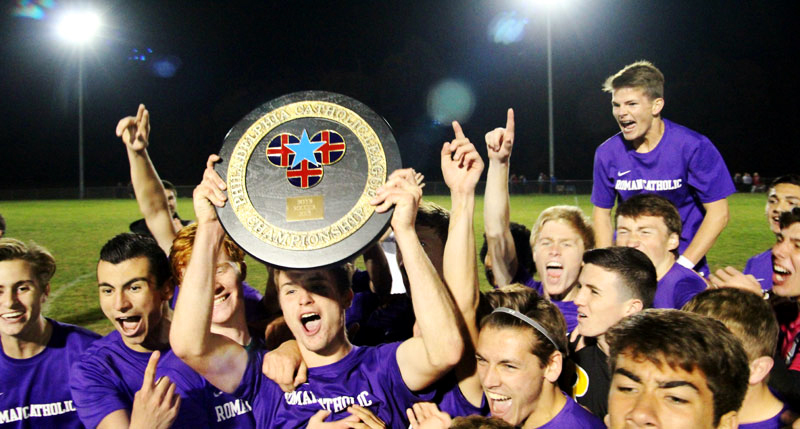 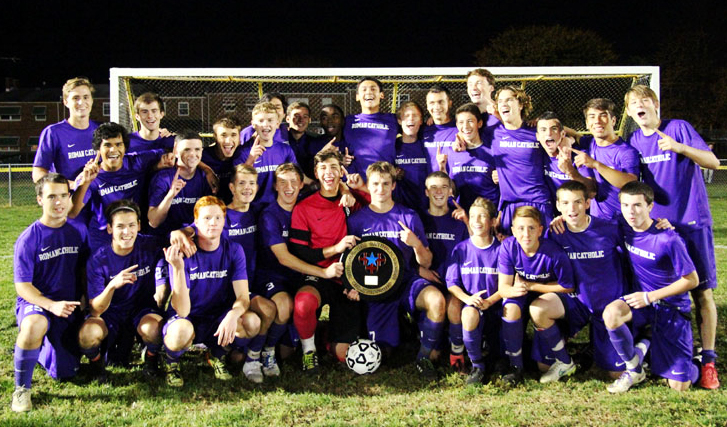 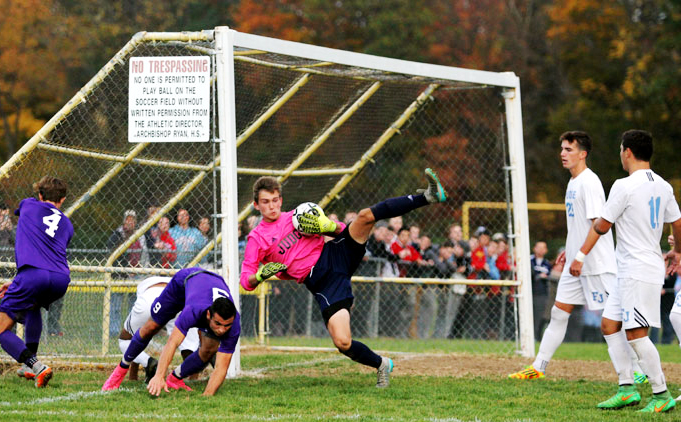 Judge goalie Stephen Paul makes a save for the Crusaders. 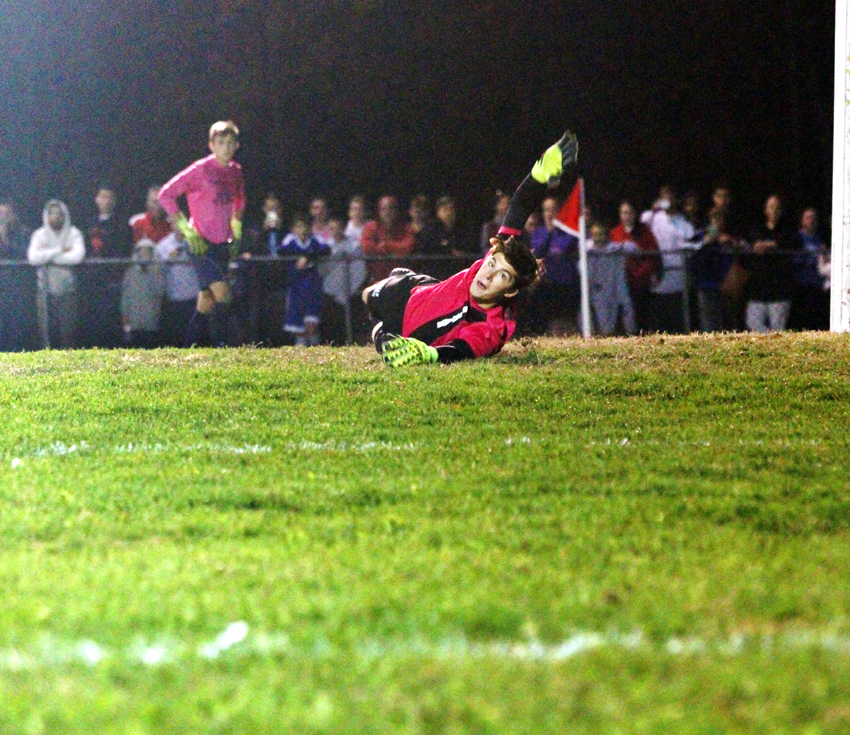 Roman senior Mark Tobin makes the game winning save in a shoot out after double over time. 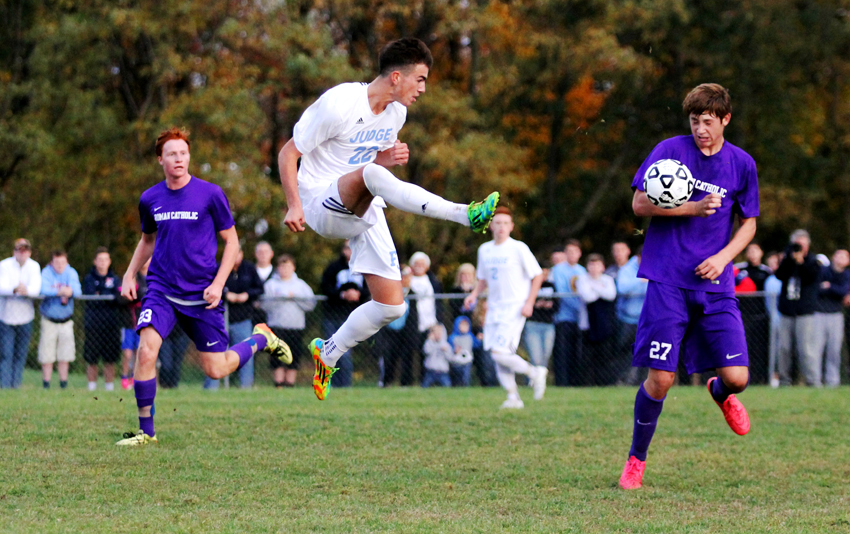 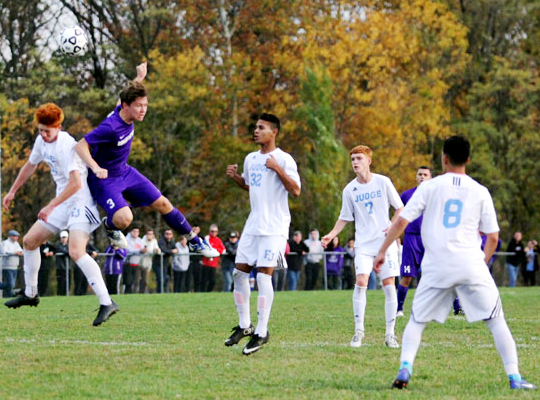 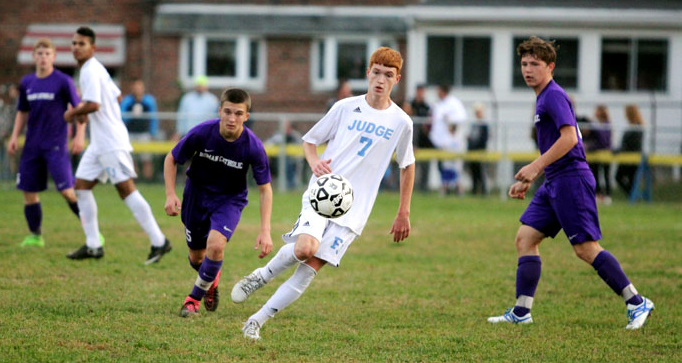 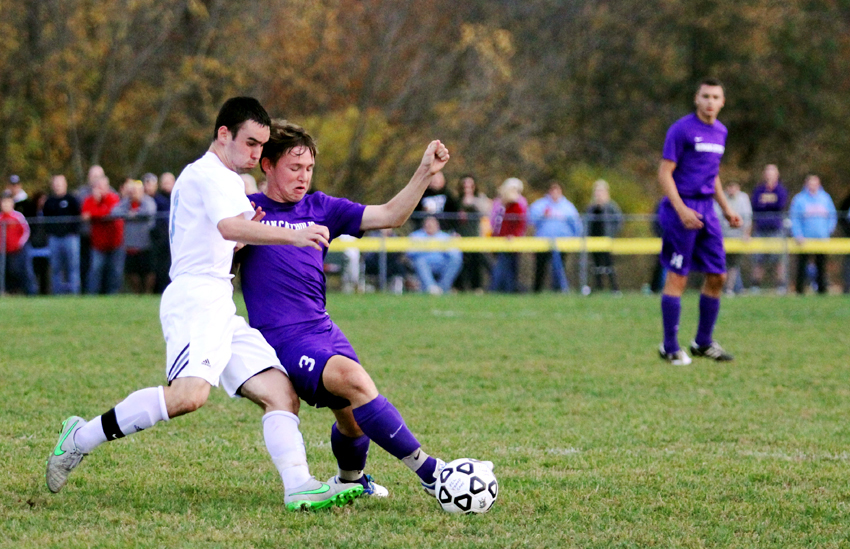 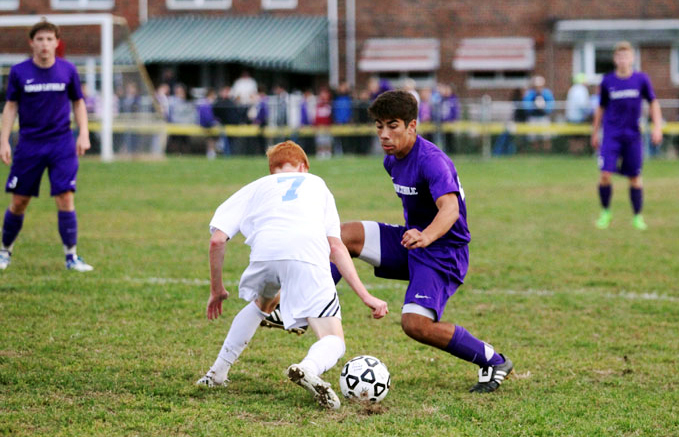 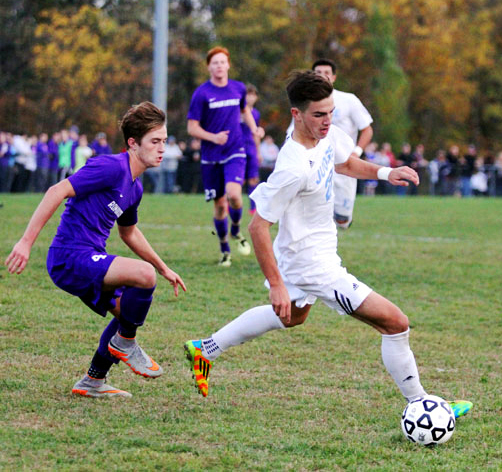 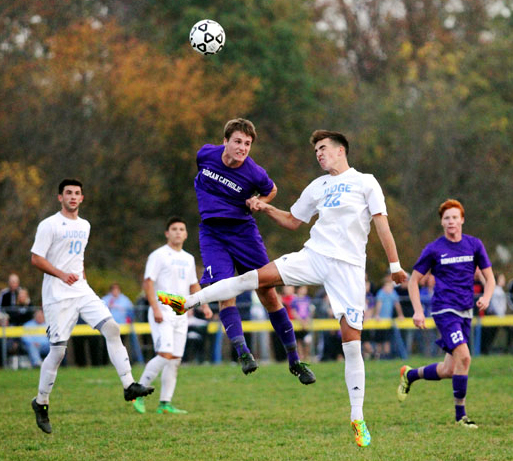 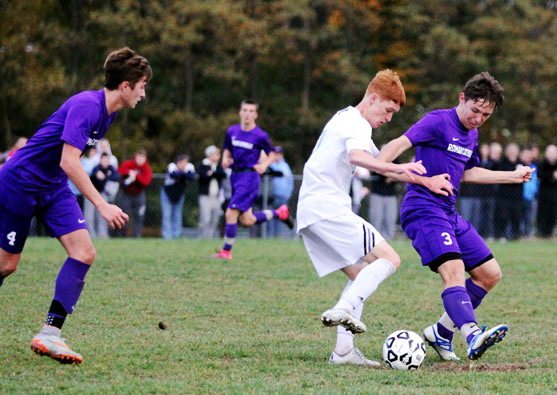 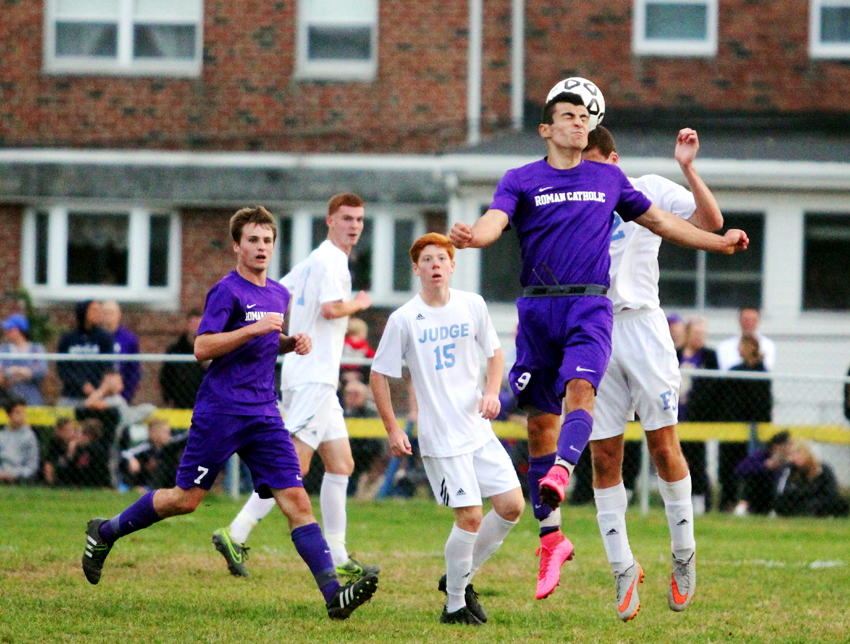 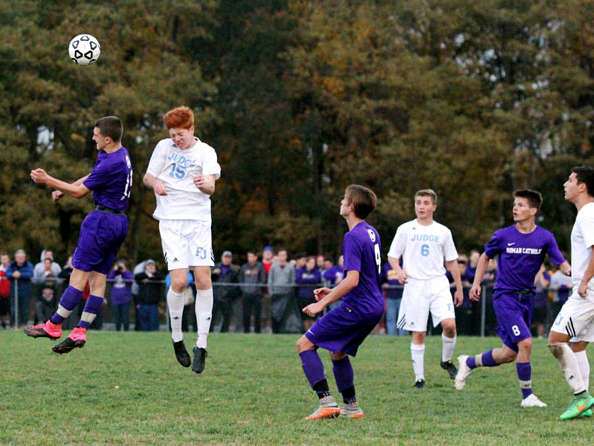 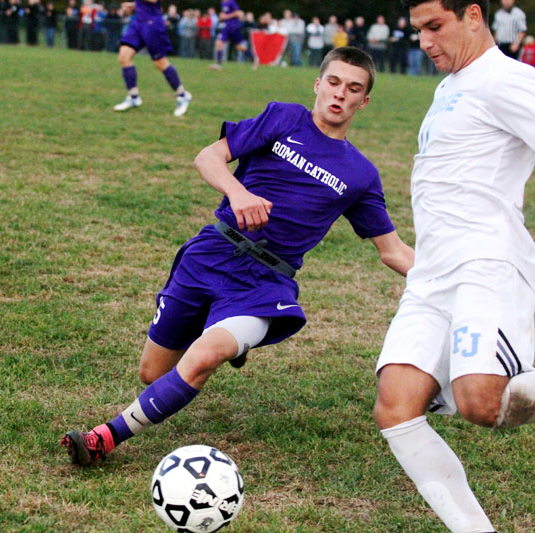 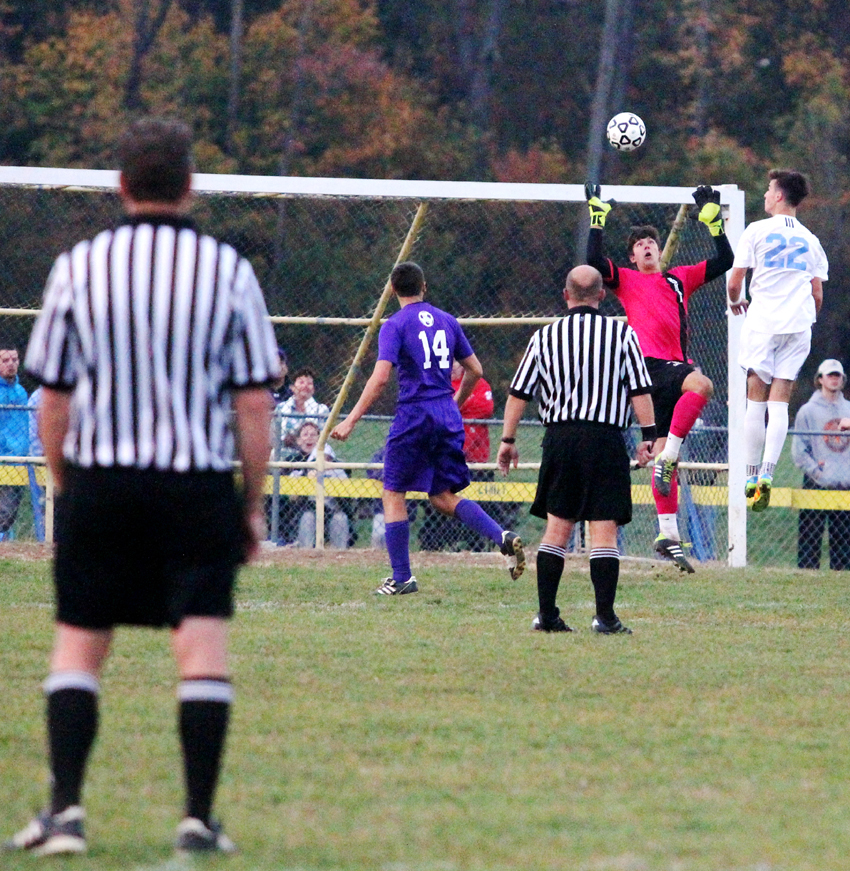 Roman senior goalie Mark Tobin makes one of many saves. 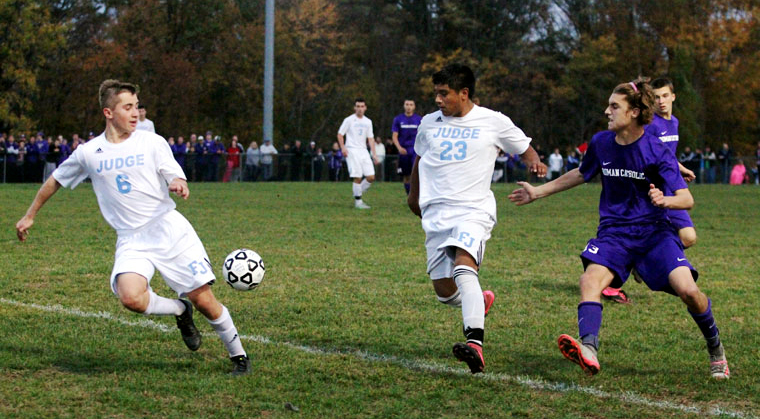 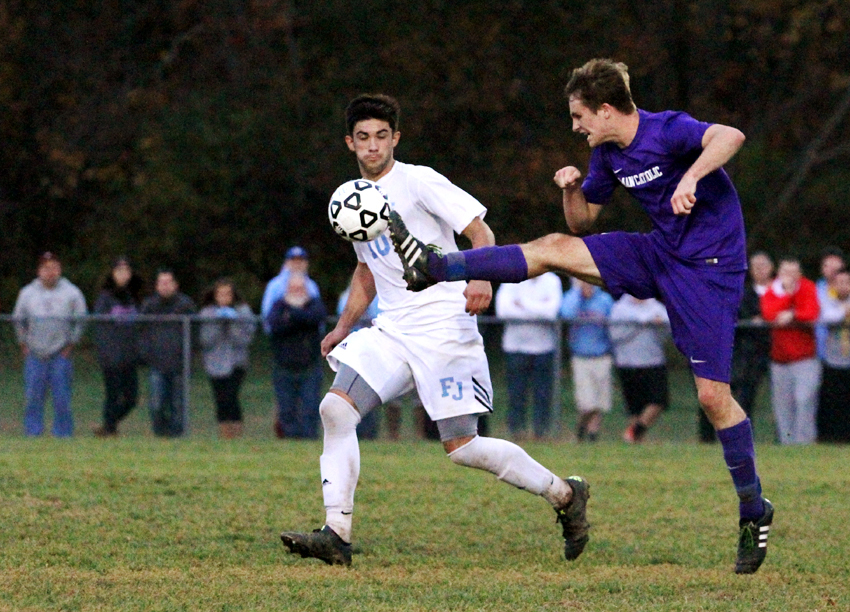 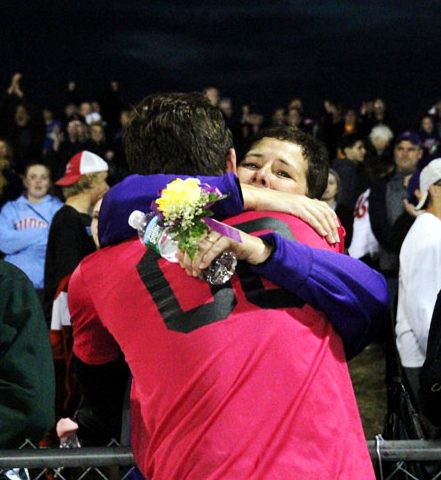 After making the game-winning save Roman goalie Mark Tobin finds his mother Sue on the sidelines and embraces her.