No saint has a sin-free past, no sinner is hopeless, pope says 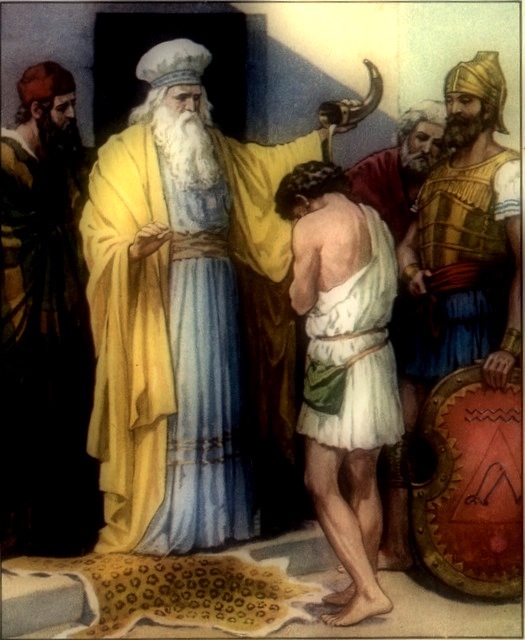 VATICAN CITY (CNS) — There is no saint without a past and no sinner without a future, Pope Francis said in his morning Mass.

In his homily during Mass Jan. 19, the pope reflected on the day’s first reading (1 Sm 16: 1-13), which recounts Samuel’s anointing of David as king of Israel.

In choosing David, the pope said, God calls on Samuel to look past appearances and look “into the heart.”

“We are often the slaves of appearances and allow ourselves to pursue appearances,” he said during Mass in the Domus Sanctae Marthae. “But God knows the truth.”

The pope said that although “to the eyes of man this boy did not count,” God chose David, who then lived “the life of a man anointed by the Lord and chosen by the Lord.”

God’s choice did not mean David was without sin. The pope said God did not make David a saint but rather he became a saint after living a long life, a life known for moments of both holiness and sin.

“A saint and a sinner,” the pope said. “A man who managed to unite the kingdom; he was able to lead the people of Israel. But he fell into temptation: He committed sins, he was also a murderer. To cover up his lust, the sin of adultery, he commissioned a murder. He did!” the pope said.

While acknowledging that David was a sinner, the pope noted that he was also repentant, adding that “the life of this man moves me.”

Pope Francis said that David’s life holds lessons for Christians who also are chosen and consecrated through baptism to follow the path toward sainthood.

King David’s life, he said, “makes me think that during the Christian journey — the journey the Lord has invited us to undertake — there is no saint without a past and no sinner without a future.”

PREVIOUS: To forgive ISIS terrorists, or not?

NEXT: No one is excluded from the mercy of God, pope says at audience