Discovering the most important goal of all 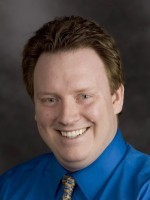 You are going to die, but don’t panic. If you’re a teenager, chances are that your death is at least 60 or more years from today. Even those who are older hopefully have many more decades to enjoy all that life has to offer.

While the chances of a long life are in our favor, odds are different from a guarantee. In each of my decades, starting at the very first, there were friends my age with the same potential to live long lives. Yet, some are not with us today.

Whether through accidents, drugs or cancer, their time came to an end far sooner than expected. While missed, their examples, as well as those in your life (of people who died far too young), are exceptions, not a rule.

We can confidently look far into the future and make plans with the expectation that we’ll have the opportunity to see them to fruition.

Those plans are as unique and different as there are people in the world. The path I took would feel strange to you, but it’s perfect for me. As a teenager, it included getting a job that allowed me to be creative and live around the country, if not the world.

As I grew in knowledge and experience, my plans evolved. Being creative was everything I imagined, but constantly changing zip codes lost its appeal. With that realization, I changed direction and set a goal to eliminate travel but keep the opportunity to be creative.

Today, that plan is an unqualified success. I’ve lived in the same place for many years and my job allows me many forms of creativity. Through that stability, other goals became possible to achieve, including one to start a family of my own.

I am no longer a teenager, but I still look to the future with long-term goals that stretch into decades. Now, however, I have a better realization that setting one goal means letting go of another goal.

In that regard, I appear to be on a traditional path. As the decades available to us become shorter, what we want becomes simpler.

But what will happen once we know our future isn’t measured in decades, but weeks or days? What goals will we set? What potential moments will have such great importance that they will still have meaning?

In the Netherlands, there’s an organization called the Ambulance Wish Foundation that’s giving insight into those very questions. It receives requests from the terminally ill and it makes final goals or wishes a reality.

At that stage of life, even the simplest wish is complex. Going anywhere often requires a medical team, but the foundation makes it happen. It’s a worthy endeavor that also helps us understand what life is truly about.

One person whose request was granted wished to visit his best friend’s grave, another wanted to watch dolphins play and a third hoped to attend her granddaughter’s wedding.

When those people knew their end was near, their final desires created goals as powerful as my teenage dream to be creative and travel. They simplified life to its truest, simplest form. They sought contentment.

We can all appreciate that simplicity because it’s a struggle we face every day with every goal we set. We focus on the finish line, not the journey. We think we should be doing more. We struggle to find tranquility in each individual moment of life.

Hearing the final desires of those in their final moments can improve our perspective. It’s easier to be content if we set a goal to value contentment as if we knew the end was near. After all, we never know when that moment will come for us.

PREVIOUS: Mary shows model of fighting the paralysis of terrorism

NEXT: Focusing on the common good