Former president and dean of Chestnut Hill College dies at 98 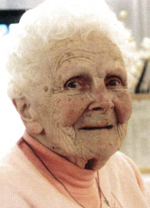 Sister Mary earned an A.B. degree from New Rochelle College and an M.A. from the Catholic University of America. Her service and dedication in the field of education for many years is noteworthy. She ministered in the Archdiocese of Philadelphia and the Dioceses of Baltimore and Camden in grade and high schools.

She served as president of Chestnut Hill College, dean of the graduate division and faculty member at the college for many years.

Sister Mary later continued her ministry as SSJ Development Office staff member and grant writer for the congregation. She volunteered at the Motherhouse until she became a resident of St. Joseph Villa on May 3, 2006.