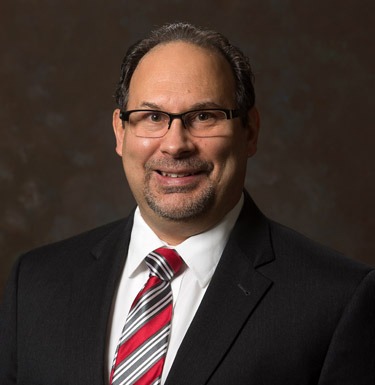 When Mark Poletunow, 58, takes up the presidency of Malvern Retreat House in April it will be a bit of a departure from his more recent career in faith-based social ministry to more focused spiritual ministry.

Most recently he has been assistant executive director at the Ministry of Caring, a community-based nonprofit organization that provides a network of social, heath and support services for those living in poverty, including the homeless and working poor.

Poletunow’s task was overseeing the financial, programmatic and operational activity for what has become a $10 million agency with 19 distinct outreach programs in the Wilmington, Delaware area.

Management skills he has demonstrated at the Ministry of Caring will easily translate into his new duties as president of lay-owned Malvern, America’s oldest and largest Catholic retreat facility, which welcomes more than 20,000 retreatants annually.

The Ministry of Caring was founded by Brother Ronald Giannone, O.F.M. Cap., and the Capuchin Franciscans are an order that had great influence on his spiritual development. Originally from the Pittsburgh area, as a young man he entered the Capuchins and studied for the priesthood at the former St. Regis College and received his Master’s in theology from the Washington Theological Union.

“I grew up a Catholic with very Catholic parents,” he said. “Through the Catholic Church, through the sacraments, my faith was developed and nourished. I can’t conceive of my life and my spirituality being apart from the Eucharist.”

After ordination he had several assignments especially working in impoverished communities and among Hispanic immigrants in the Washington, D.C., area, including a Spanish-language radio program and fundraising for relief projects in Latin America.

Although he eventually felt a calling for service as a layman and received permission to leave the priesthood and the Capuchins, he continued his work with faith-based nonprofits including Bread for the World, and eventually the Ministry of Caring.

An inspiration for him is Pope Francis, who took the name from Francis of Assisi for his pontificate.

“So much of what he is saying resonates with me,” Poletunow said. “It is a call to live the Gospel life, to be cognizant of the people who are on the margins. The church is so alive and helps us to see through renewed eyes with Pope Francis.”

Now Malvern Retreat House will call upon his managerial skills in a different but just as important method of spiritual outreach.

“God is calling me and tugging at my heart to help others recognize his presence in their lives,” Poletunow said. “Yes it is a shift from social services but at the same time, at the end of the day what is most important is the relationship with Jesus. I feel that at this time of my life that is what I need to do, help others to explore and deepen that relationship.”

Coming to Malvern, “it is amazing,” he said. “It’s very humbling. I stand in awe of what is there and the long history and I’m really excited about the possibilities.”

Although all of Malvern’s traditional retreats will continue, Poletunow believes his long experience working with the Hispanic community can help bring more people from this growing segment of the Archdiocese of Philadelphia to the retreat house.

“It’s not just among the Hispanics but all immigrants and minorities,” he said. “It’s all people who must be reached; the marginalized or alienated, including the youth.”

Malvern is already doing this of course, but “in this Year of Grace we must focus on God’s healing forgiveness which must be part of our lives,” Poletunow said. “There is too much brokenness in our world and I think Malvern can really be a center that communicates that message of forgiveness to the people.

Meanwhile, just as he is facing new challenges at Malvern, his life has changed in other ways.

Subsequent to his laicization Poletunow entered into Holy Matrimony. Just this month he and his wife, Margelita, were able to adopt two twin infant girls, Anaise Francesca and Sagesse Angelina.

“It’s amazing, I’ll tell you,” he said. “God gives in abundance and we are very blessed in what God has given us in these children.”

NEXT: She affirms life, right to the end