New wheels, and ways, to feed the homeless 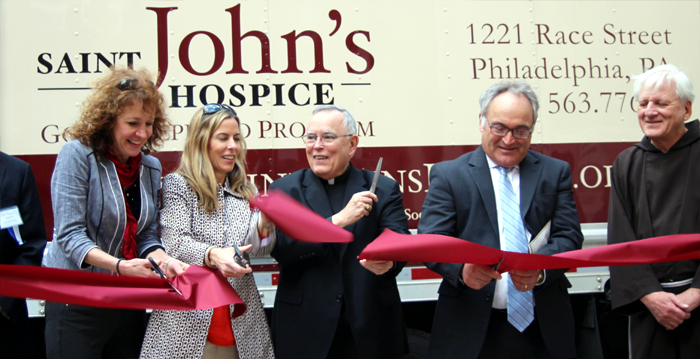 Archbishop Charles J. Chaput and representatives of the Maguire Foundation cut the ribbon on a new truck to deliver meals from parishes of the Archdiocese of Philadelphia to St. John’s Hospice, which has been serving homeless men in center city Philadelphia for 53 years. Read the full story here. (Photos by Matthew Gambino) 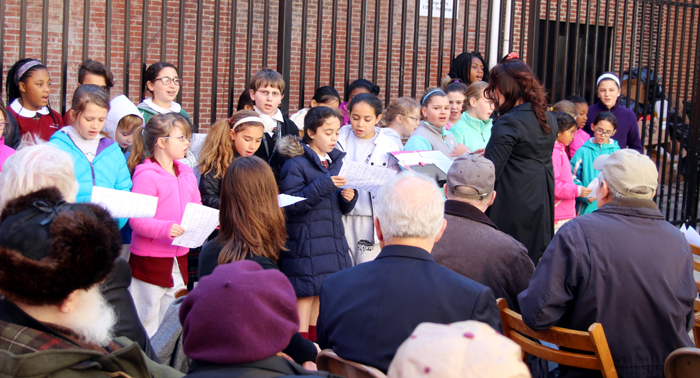 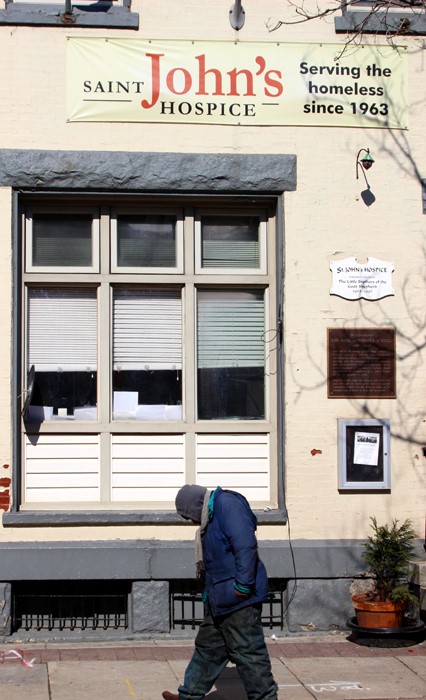 St. John’s Hospice offers lunch and dinner to about 350-400 homeless men each day at its location at 1221 Race Street, Philadelphia. 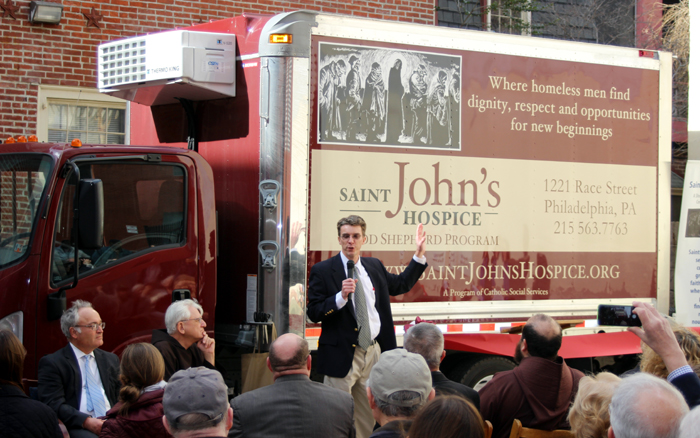 St. John’s Hospice Director David Stier shows off the new truck that will be used to deliver meals from families throughout the archdiocese to the homeless men in center city. A grant funded the truck and improvements to the Catholic shelter’s HVAC system. 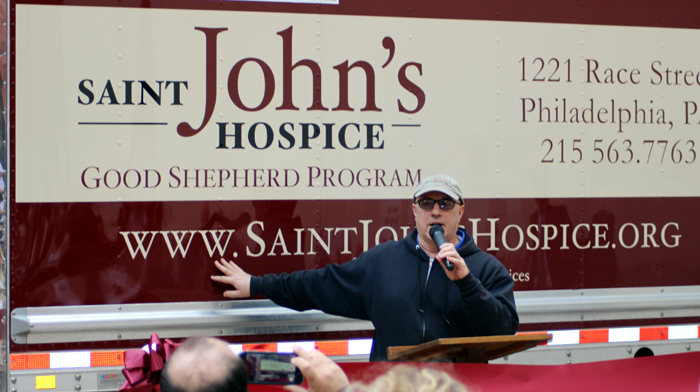 Mike D’Ambrosio, who has been driving for the shelter for about eight years, is happy to retire St. John Hospice’s old vehicle and its 223,000 miles for new refrigerated truck. 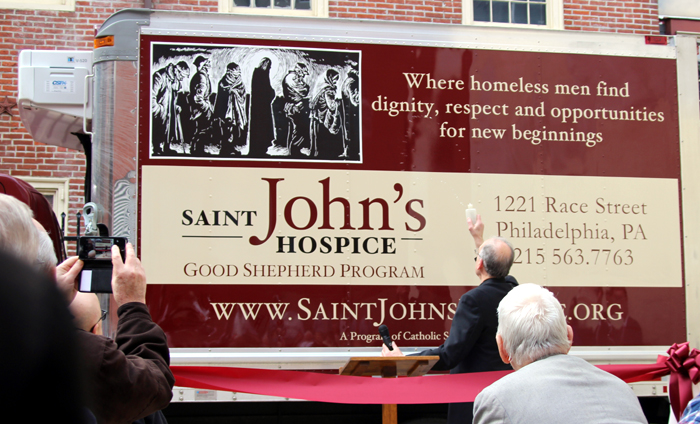 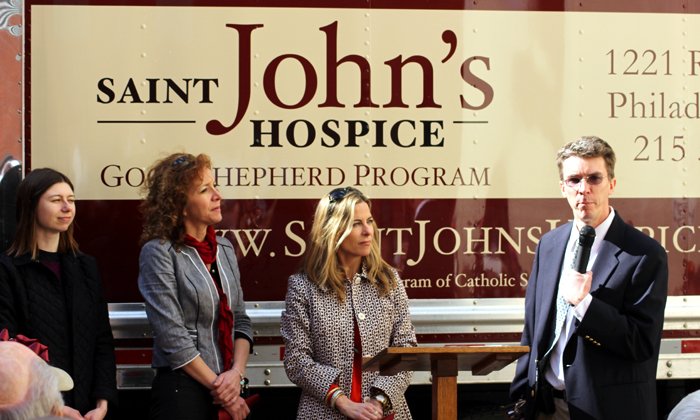 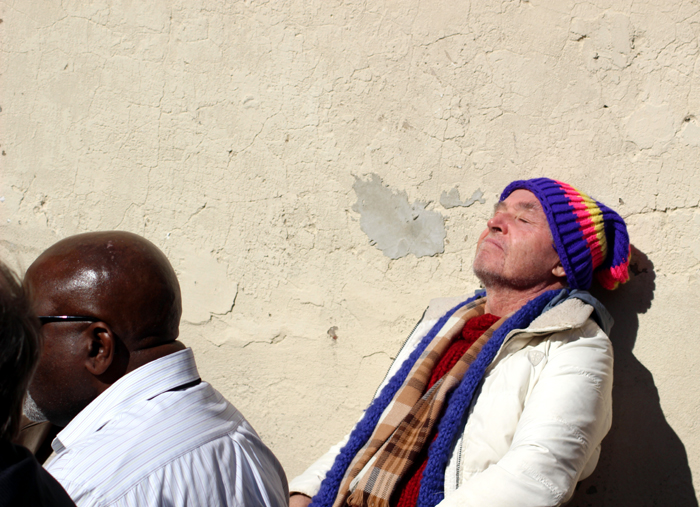 A visitor to St. John’s Hospice takes a moment during the dedication ceremony to feel the warmth of the sun. Several of St. John’s clients attended the Feb. 29 ceremony in a lot behind the shelter.