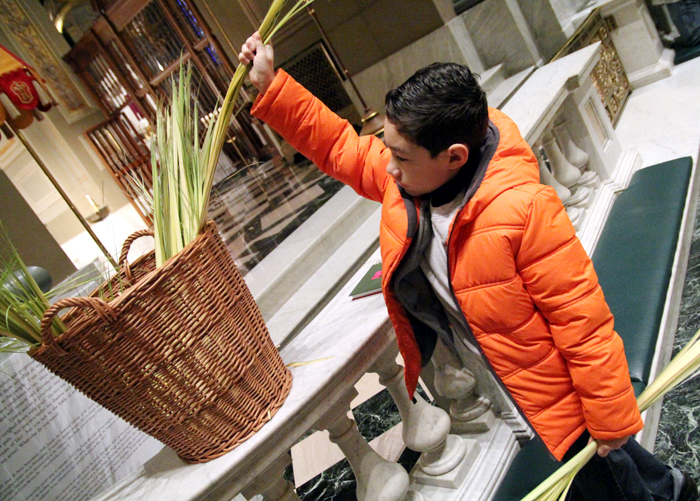 Josue Alegre gets palm for his family before Mass.

The Cathedral Basilica of SS. Peter and Paul hosted families and individual Catholics for Mass on Passion Sunday, March 20. It was followed by a procession of the congregation out of the church and to a public park, where palm fronds were blessed by the cathedral’s rector, Father Dennis Gill, who also was main celebrant of the Mass. (Photos by Sarah Webb) 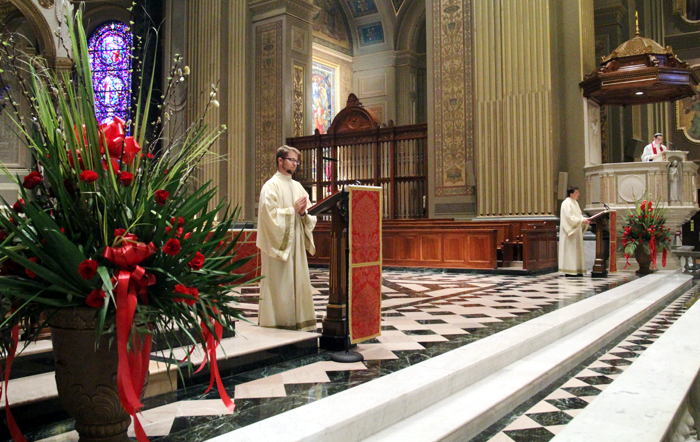 On Palm Sunday the Gospel is sung by three people at the cathedral. 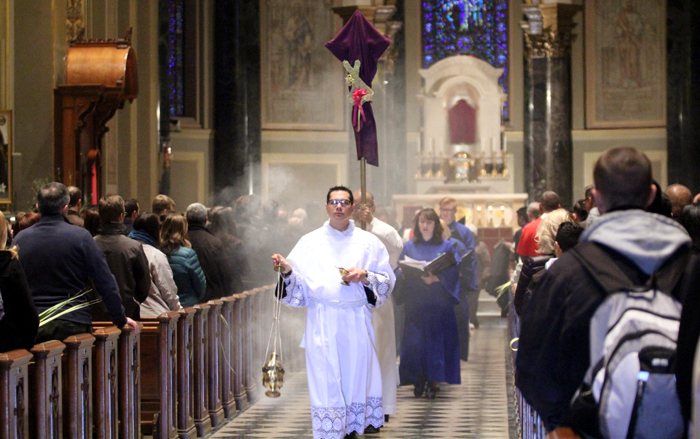 The corpus of the processional cross is covered during Holy Week, which began on Palm Sunday. 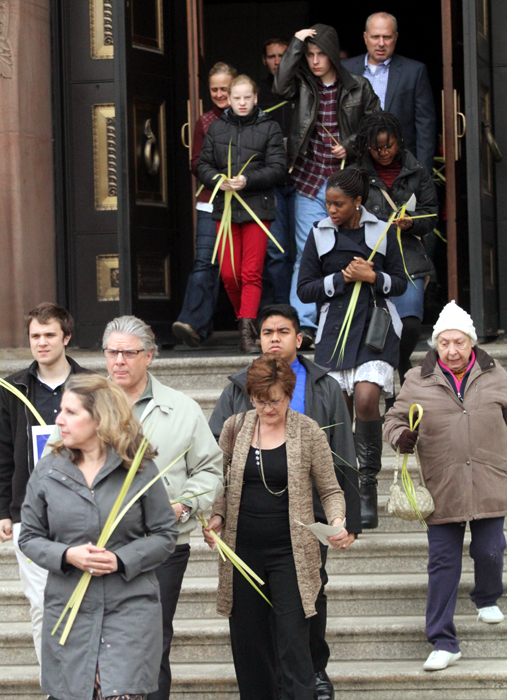 Worshipers walk from the cathedral to Sister Cities Park across 18th Street for the blessing of the palms. 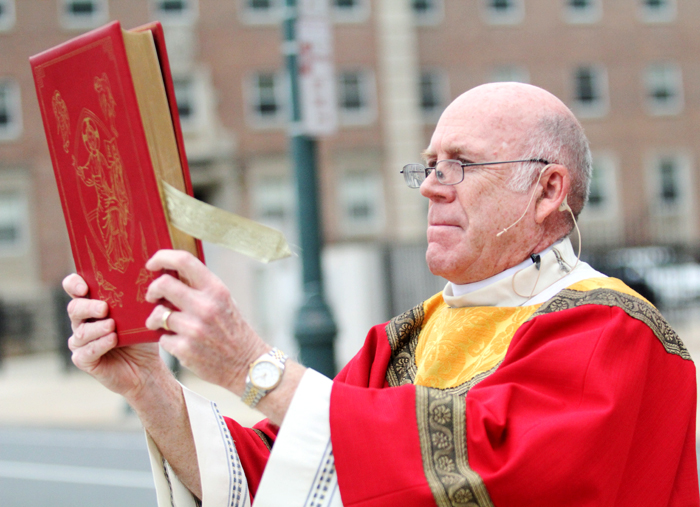 Deacon James DiFerdinand processes with the book to Sister Cities Park for the blessing of the Palm and Solemn Procession. 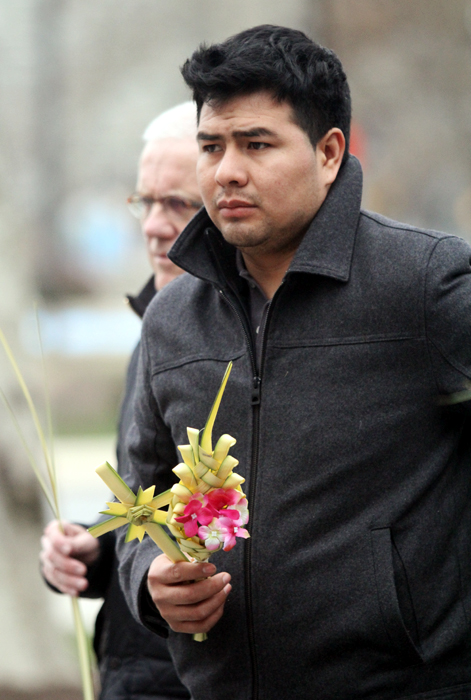 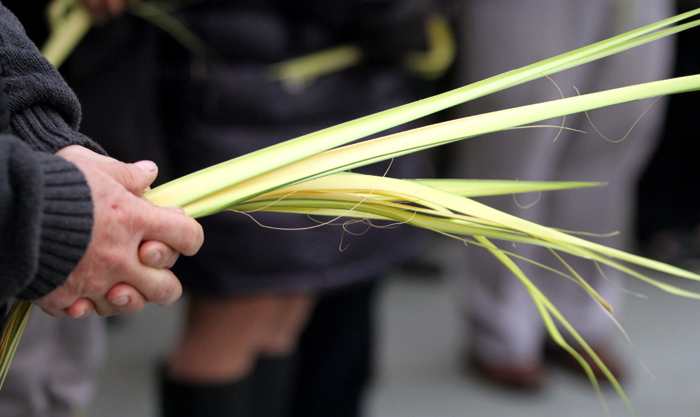 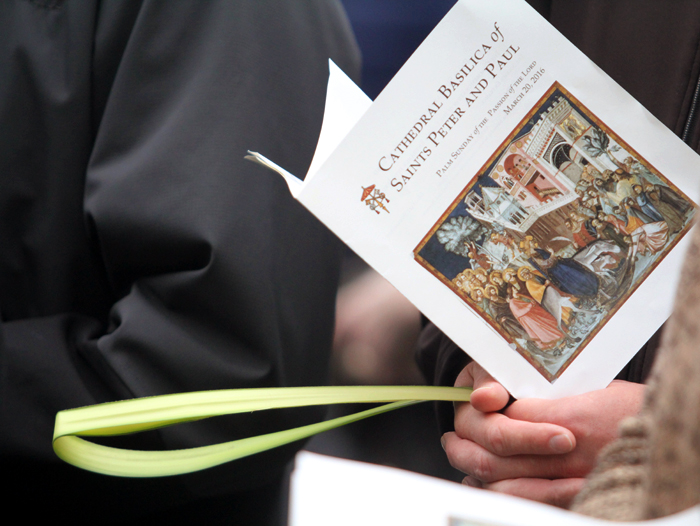 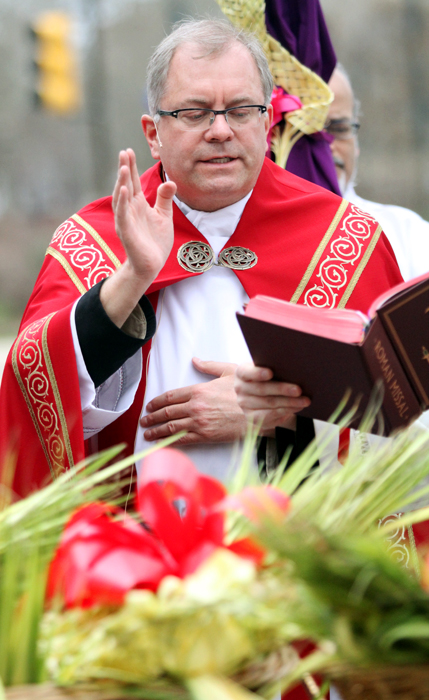 Father Dennis Gill, rector of Cathedral Basilica of SS. Peter and Paul, blesses the palm across from the cathedral in Sister Cities Park. 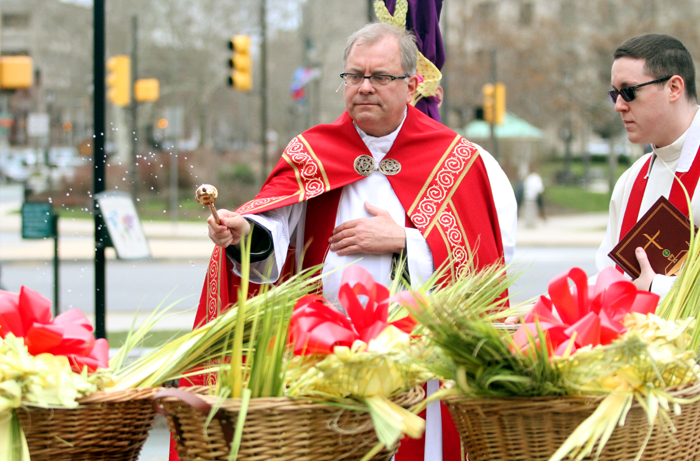 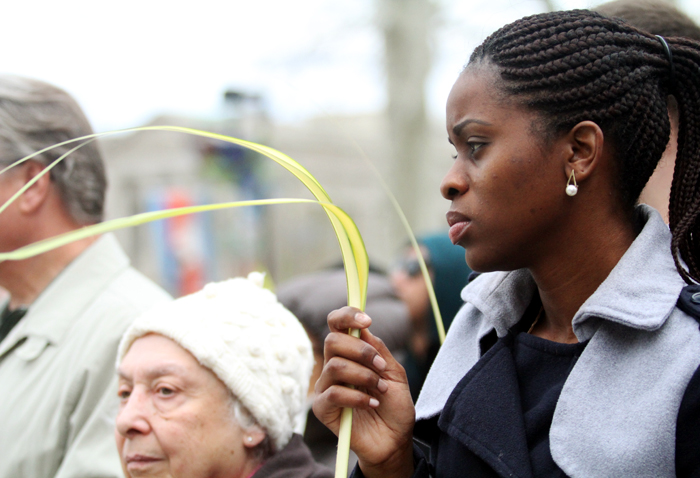 Mary Irl participates in the blessing. 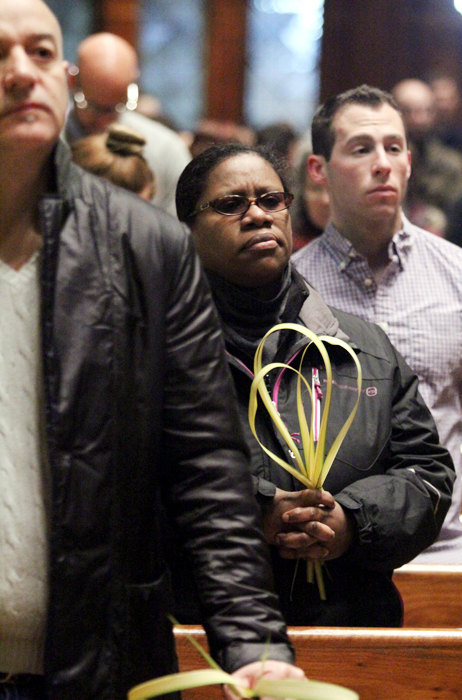 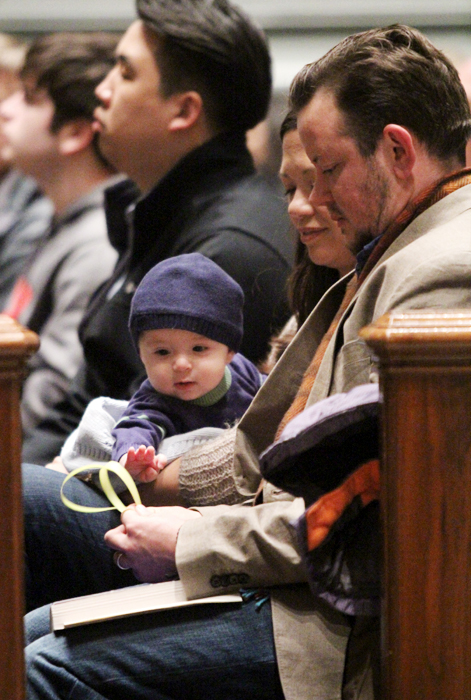 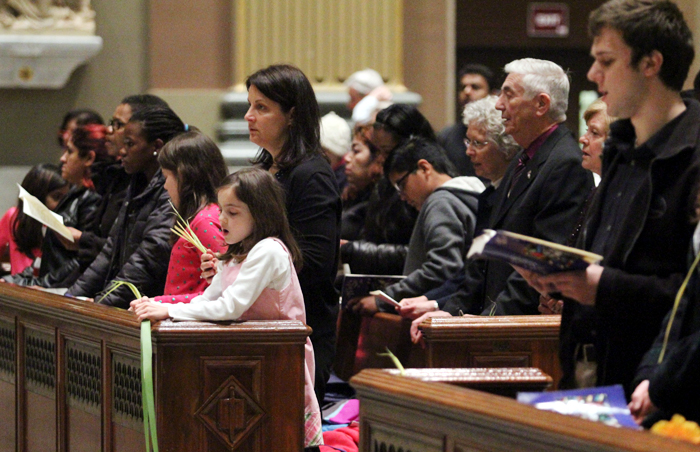 Josue Alegre gets palm for his family before Mass. 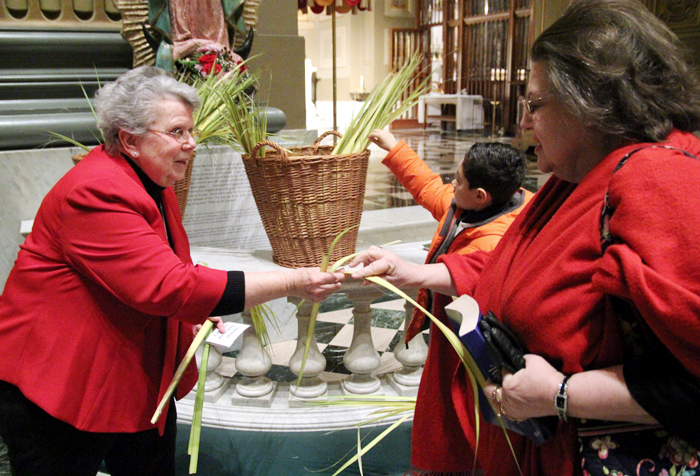 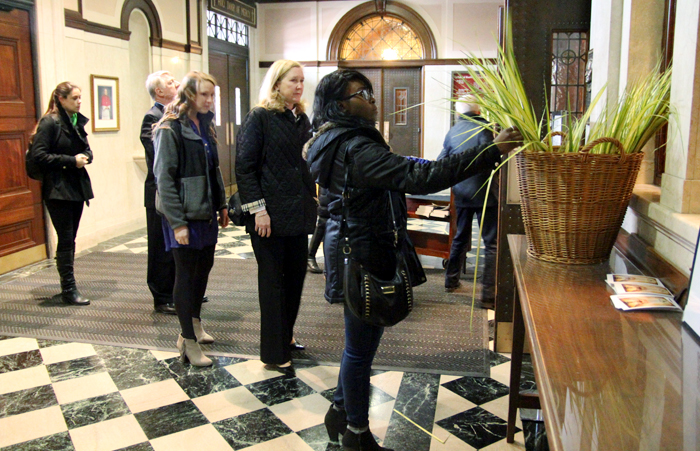 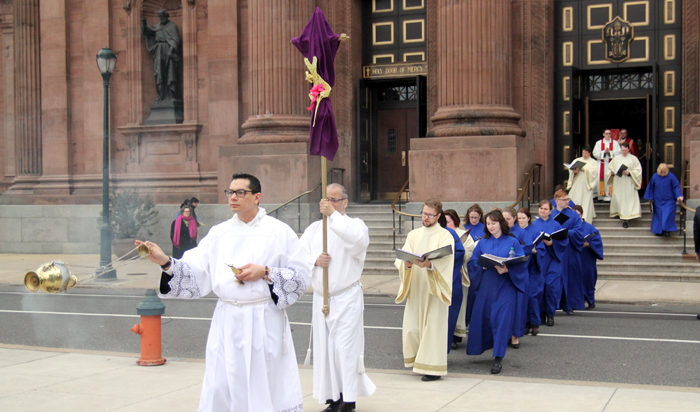 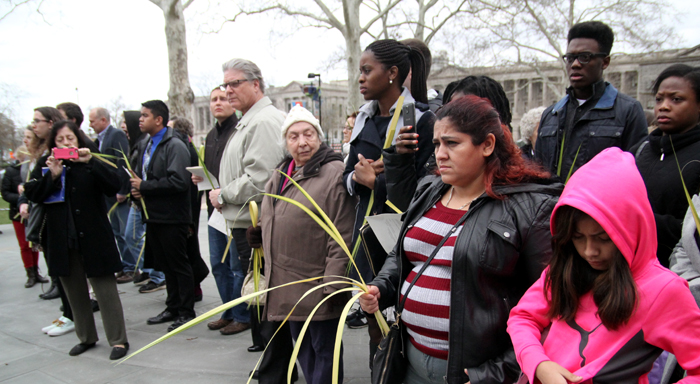 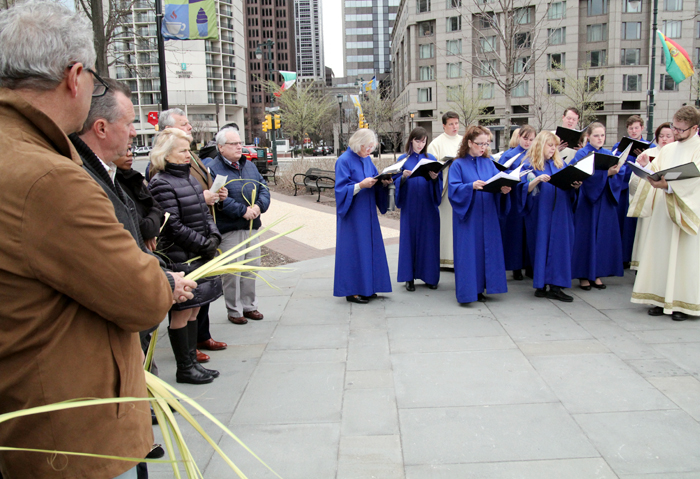 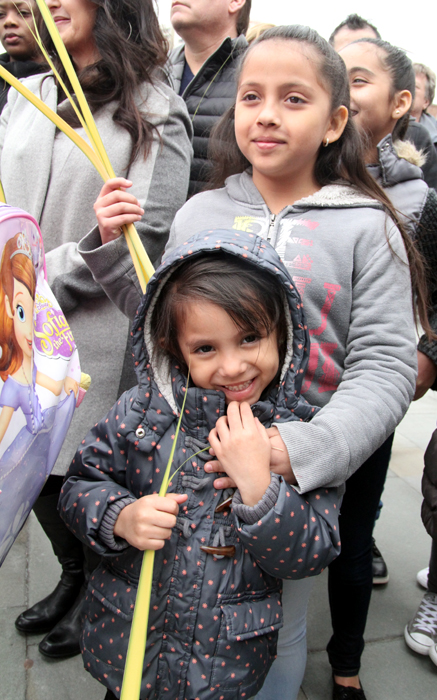 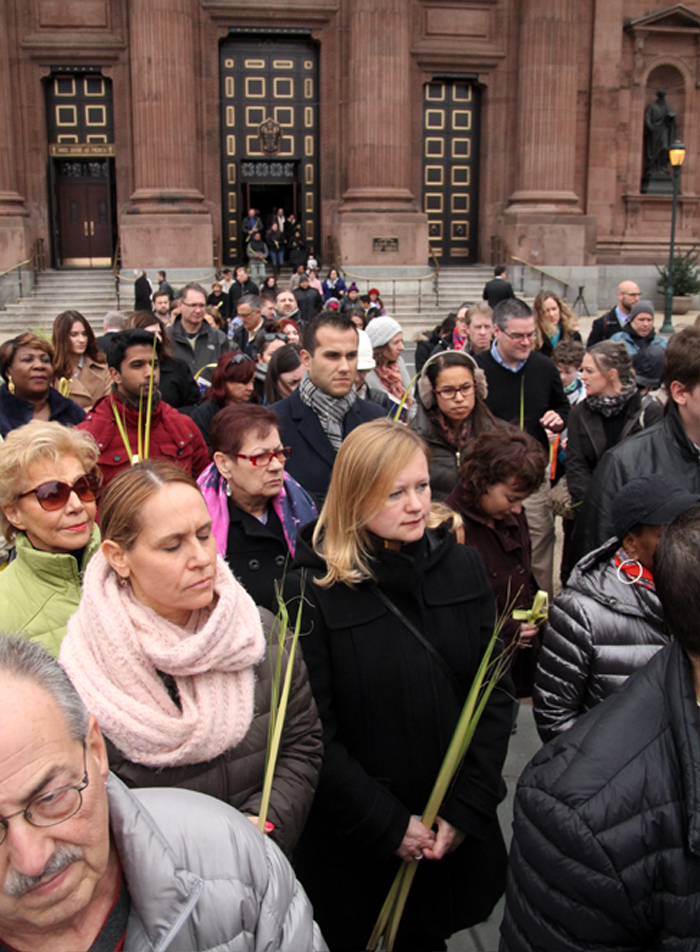 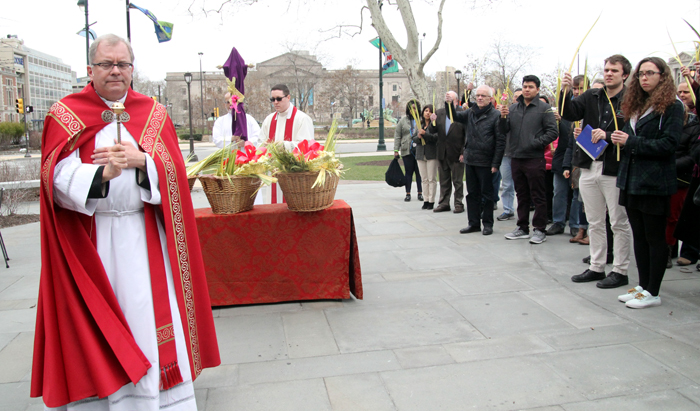 The people hold up their palm as Father Dennis Gill blesses it. 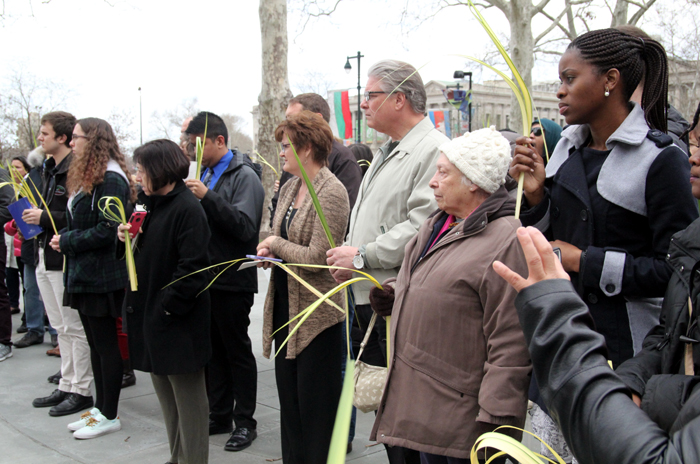 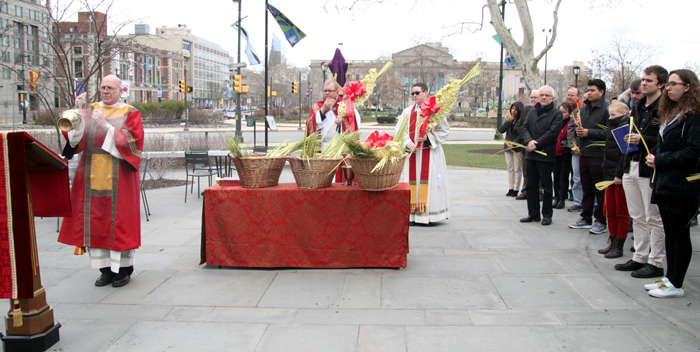 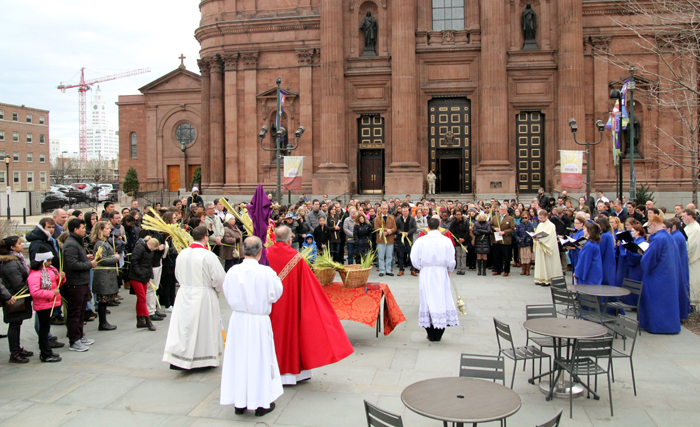 PREVIOUS: From every land, they came to worship in the cathedral

NEXT: For Catholic schools at states, how sweet it was