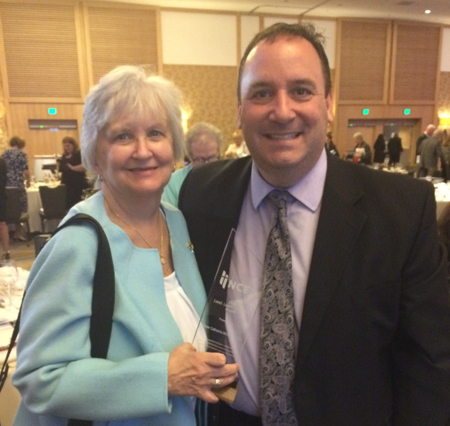 Sister Cathy McGowan, S.S.J., shows her award from the NCEA at a recent convention to Christopher Mominey, secretary for Catholic Education of the Archdiocese of Philadelphia.

St. Joseph Sister Cathy McGowan, principal of Drexel Neumann Academy in Chester, was selected by the National Catholic Educational Association (NCEA) as a recipient of the “Leadership. Learn. Proclaim Award.”

This national award is presented to educators who have made outstanding efforts, contributions and achievements on behalf of Catholic school education.

Sister Cathy, founding principal of the academy, was one of 30 recipients of the award at the recent annual NCEA Conference in San Diego, Calif.