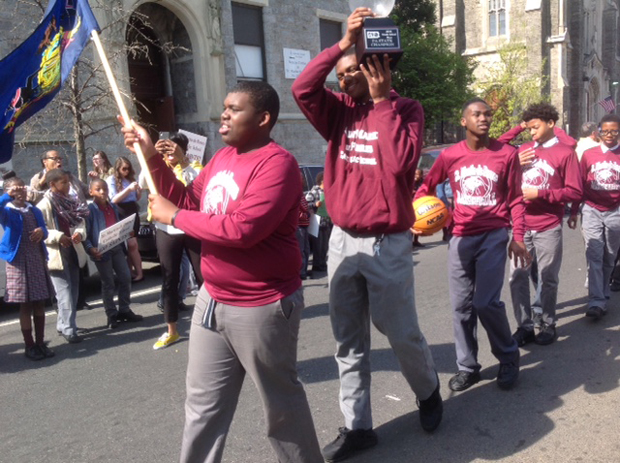 The North Philadelphia community and friends and family of St. Martin de Porres School’s basketball team celebrated the boys’ Pennsylvania CYO title with a parade along West Lehigh Avenue to the school on Thursday, April 21. Following the parade the boys showed the medals and trophy they’d earned at a school-wide assembly. Read more about the championship victory here. 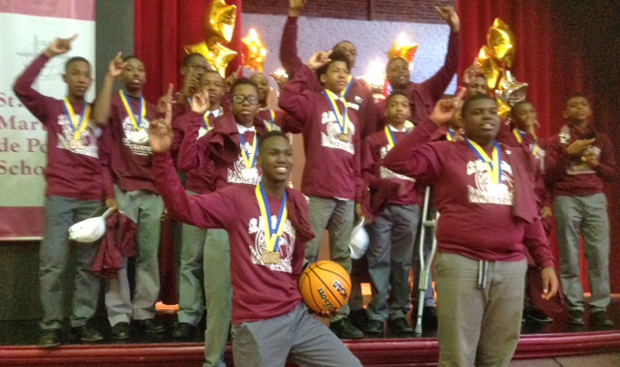 The boys show the championship medals they earned during the school assembly April 21. 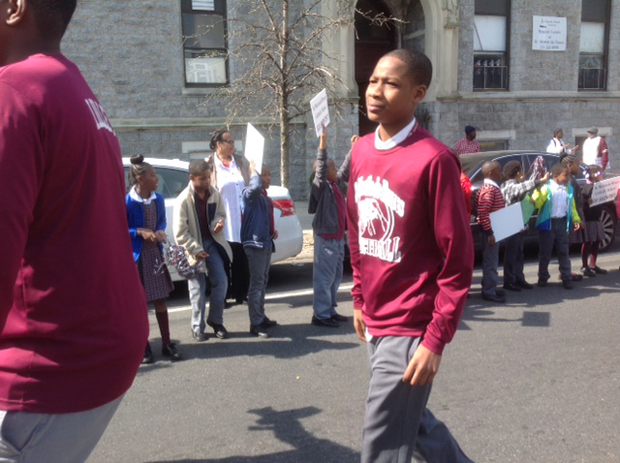 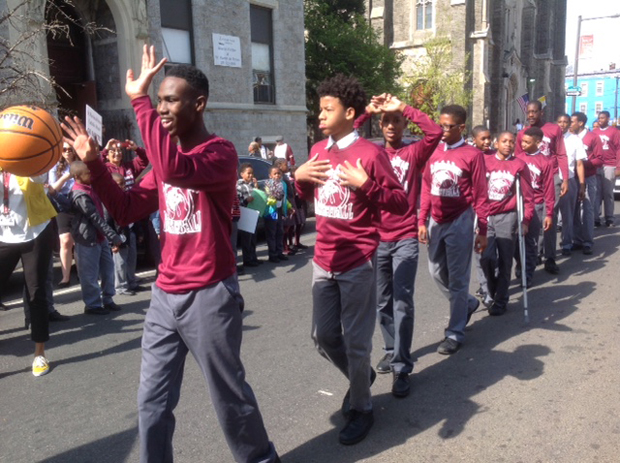 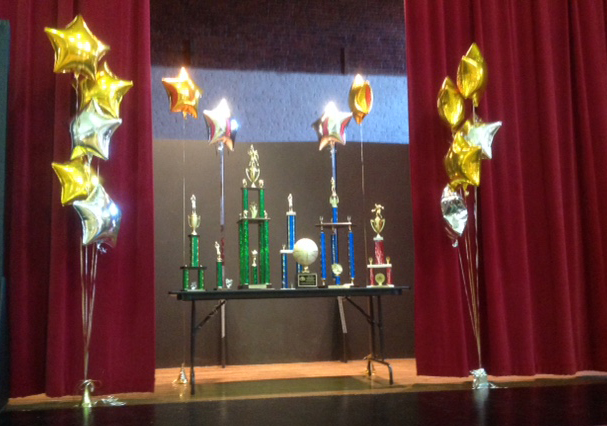 The championship trophy at center joins other signs of accomplishment in a growing trophy case at St. Martin de Porres School, North Philadelphia.

PREVIOUS: Across the Aisles: Our Lady of Guadalupe Parish

NEXT: Across the Aisles: St. Michael Church, Philadelphia