Give it up to the Lord, let go of resentment, pope says in homily 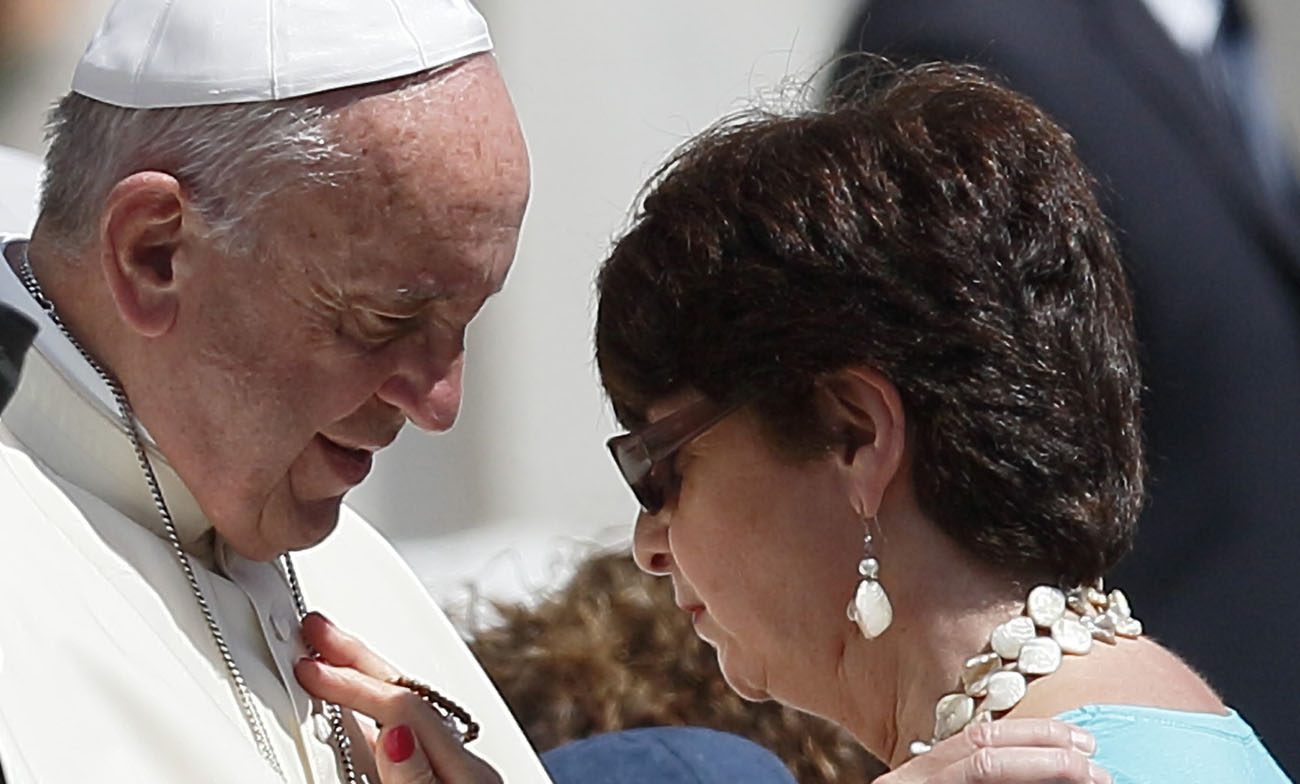 Pope Francis greets a woman as he meets the disabled during his general audience in St. Peter's Square at the Vatican June 15. (CNS photo/Paul Haring)

VATICAN CITY (CNS) — Asking God for help in forgiving one’s enemies is the best prayer anyone can say, Pope Francis said in a morning homily.

“The ability to forgive is very important, to forget, forget offenses, that healthy habit” of knowing when to let things go and let it be up to the Lord in order to avoid “rancor, resentment and the desire for revenge,” the pope said.

Pope Francis talked about the Lord’s Prayer in his homily during Mass June 16 in the Domus Sanctae Marthae, where he lives.

It’s important to start every prayer with addressing God as “father,” he said, because it reminds people they are children of God.

“Without feeling that we are children, without feeling oneself a son or daughter, without saying ‘father’ our prayer is pagan,” he said; it is an empty prayer built only on words.

It’s fine to pray to Mary and the saints, he said, “but the cornerstone of prayer” is the father, Vatican Radio reported the pope saying. All prayers must begin with God, the father, also because he knows his children and what they need even “before we ask him.”

Saying, “Our Father,” also reminds the faithful that they belong to a family, “that we are brothers and sisters” and that helps people reconcile with one another, he said.

Praying to the father, “forgiving everyone, forgetting offenses is the best prayer” one can say, he said.

PREVIOUS: When our hearts break, listen to the One who hears

NEXT: Parishioner wishes priest would keep liberal politics to himself