A cup of coffee with the champ 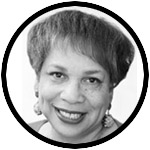 “Noooooo!” we thought. He’s not coming over here!

Legendary boxer Muhammad Ali and a Muslim bodyguard were headed for our table in a restaurant deserted after lunchtime in the Omni Shoreham Hotel in Washington.

It was in the early 1970s when Alicia Victoria Allen and I, as college students, were attending a conference for editors from black college campuses. We had a break in between sessions and stole away for coffee and dessert.

Ali asked if they could join us. “Yes, of course,” we chirped.

Vickie and I tried to be cool, acting as if we were not smitten by the handsome bodyguard as well. But even then, I felt he and the twice-married Ali were off-limits to a good Catholic girl.

Men. They have no idea what enters the minds of single women who can do a split-second assessment of them without even blinking an eye! I do not remember whether they ordered coffee. I was thinking, “Gotta find something for Ali to write on! Gotta get his autograph!”

Somewhere during Ali’s questions about where we were from and what we were doing at the hotel, I took from my wallet a high school photo of my sister Barbara Joanne and slid it over to him, asking for his autograph on the back. He obliged.

When Vickie and I learned that his wife was in the hotel, we asked to meet her. So the champ sent for her. She was gorgeous in a flowing lime green attire, and she too seemed genuinely pleased to be a part of our impromptu gathering.

All too soon, it was time for everyone to move on. Vickie and I did not see Ali again until the next morning at breakfast when the hotel restaurant was packed. Vickie hissed something like, “He’s headed our way!”

I was nervous since I had ordered bacon and pancakes. So I stabbed my pile of pancakes and tried to discretely shove the bacon under it. But I was too late.

Since then, I treasured my sister’s photo with Ali’s autograph. It never left my wallet. But in October 1975, Ali had done the unthinkable. Right before he fought Smokin’ Joe Frazier during the “Thrilla in Manila,” Ali dared to introduce his mistress, Veronica Porsche, as his wife to Ferdinand and Imelda Marcos.

It was then that I turned from the television, found my wallet and snatched out his autograph!

Only God Almighty knew the depth of my disappointment. That night, Ali may have won what many critics called the greatest heavyweight fight of all time, but he was definitely dethroned in my mother’s house in Baltimore.

But isn’t it funny how time has a way of healing wounds? During the more than 40 years that have passed since that incident, the three-time heavyweight champion of the world toned down his incendiary rhetoric and traveled the world to learn about its people, promote religious tolerance and support innumerable charitable causes.

When Ali died at age 74 on June 3 in Arizona after a 32-year battle with Parkinson’s disease, people worldwide grieved his passing.

I was heartened by what his ex-wife, the one we met, told a journalist, because her words echoed forgiveness and peace. If she could, she said, she’d tell Ali, “Thank you for the beautiful adventure and journey.”

Greene was an associate editor in CNS’ Special Projects department for nearly 22 years.

PREVIOUS: To reduce deaths, we must reduce guns

NEXT: Tragedy in Orlando