Look up at the stars and down at the dew, and adore the Creator 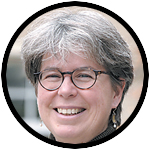 The heavens proclaim the glory of God,
and the firmament shows forth the work of his hands. — Psalm 19:2

I stayed up far too late last night, watching the Juno space probe as it entered orbit around Jupiter, whirling 77,000 kilometers over the planet’s surface. I cheered when the craft signaled it had successfully slipped into orbit, to the amusement of the soggy 20-somethings returning from the Philly fireworks.

Of course, I couldn’t really see Juno plunging toward Jupiter, it was just a beautifully done simulation. But last month, I had an incredible view of Jupiter’s stripes and four of its moons — all in a tidy row —  through a telescope at the Vatican Observatory outside Rome.

Just after sunset on an early June night, a group from the Vatican Observatory Summer School went observing with Jesuit Father David Brown, an astrophysicist who studies stellar evolution and the caretaker of the telescopes.

We entered through the big wooden doors that open from the piazza into the courtyard of the Apostolic Palace where Popes John Paul II and Benedict XVI spent summers, packed into the miniature elevator and rode up to the roof where the domes housing two of the observatory’s telescopes sit.

We saw Jupiter and Mars, its canals faintly visible. But it was the last planet that took my breath away. I bent to the eyepiece and adjusted the focus, suddenly floating in front of my eyes was Saturn, its rings clearly visible along with two jewel-like moons.

“Oh, my God!” I spit out. And I meant that in all seriousness. Reflecting on the relationship between science and faith, Jesuit Father Karl Rahner, an eminent theologian of the 20th century, noted that, “To be able to stammer about God is after all more important than to speak exactly about the world.”

I had questions, about the rings, about how the telescope functioned, but in that moment, all I could do was stammer about God.

The Vatican Observatory’s motto, inscribed on the walls of one of the telescope domes, is Deum creatorem venite adoremus. It’s an imperative: Come, adore God the creator. But it’s also an expression of hope, that those who come here might enter into the work of science and in doing so not only deepen their awareness of God who created the heavens and the earth, but fall on their knees and adore the one who set the stars in motion.

Tolle lege — take and read — are the words that heralded St. Augustine’s conversion. Later, in a sermon, Augustine urges his congregation to pick up and read the book of the universe, “… there is a great book: the very appearance of created things. Look above you! Look below you! Read it. God, whom you want to discover, never wrote that book with ink. Instead, he set before your eyes the things he had made.”

Last week, on a late evening walk with my husband, I pointed out Jupiter, Mars and Saturn, bright balls of light hanging in the sky, and once again felt that flash of inexpressible awe at what has been created, and Who created it.

In the depths of these summer days, I am taking St. Augustine’s advice to heart. Look up, read God’s book written in the stars strewn across the skies. Look out to the sun that burns with such intensity that we can feel its heat millions of miles away. Look below at the dew fallen on the grass, or the waves lapping at your ankles.

Come and adore the God whose hands made it all, stammer your thanks to the Spirit who breathed upon the chaos and brought order and beauty to the universe.

To read: The Vatican Observatory Foundation has a blog where Catholic astronomers reflect on the universe and faith. Father James Kurzynski, an amateur astronomer and priest of the Diocese of La Crosse in Wisconsin, is writing a series posted on the blog about reading Scripture and reading the created world. The first installment is here.

Michelle Francl-Donnay is a parishioner at Our Mother of Good Counsel in Bryn Mawr and an adjunct scholar of the Vatican Observatory.

PREVIOUS: Begin again today, and banish the blues of acedia

NEXT: Readings of the holy Mass – Fifteenth Sunday in Ordinary Time