Christians aren’t greater than God, must forgive as he does, pope says 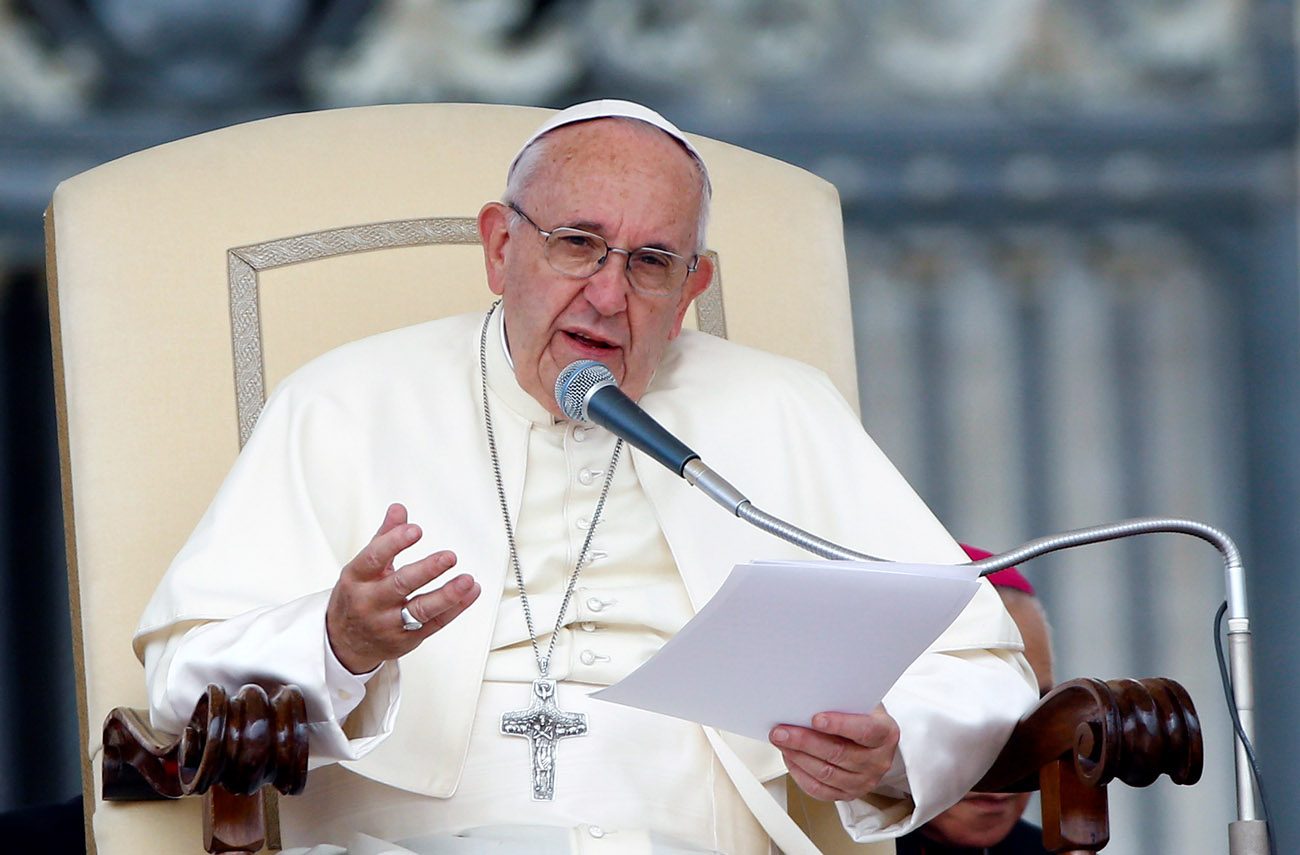 “We don’t have the power to condemn our brother who makes a mistake, we are not above him. Rather we have a duty to return him to the dignity of a son of the father and to accompany him on his path of conversion,” the pope said Sept. 21 at his weekly general audience.

In his talk, the pope focused on a reading from the Gospel of Luke (6:36-38) in which Jesus tells the disciples to stop judging others and be merciful just as God is.

The motto for the Year of Mercy, “Merciful Like the Father,” comes from this biblical verse, the pope said.

But more than a pithy catchphrase, the motto is a lifelong commitment to give to others the love one has received — without merit — from God, he said. It is a call to reflect upon all that God does for humanity so as to be inspired “to be like him, full of love, compassion and mercy,” he said.

But what does it mean to be merciful, the pope asked his audience. Jesus said it means to forgive and to give, he said.

Mercy is shown by forgiving and not judging and condemning, the pope said.

“A Christian must forgive,” he said. “Why? Because he was forgiven! All of us here in the square have been forgiven, not one of us never needed God’s forgiveness in life.”

“If God has forgiven me, why shouldn’t I forgive others? Am I greater than God?” the pope said, underlining that “judging and condemning one’s brother who sins is wrong.”

“Not because one doesn’t want to recognize the sin, but because to condemn the sinner breaks the bond of fraternity with him and ignores the mercy of God, who does not want to give up on any of his children.”

By asking his disciples not to condemn, “Jesus does not mean to undermine the course of human justice,” Pope Francis said, rather he shows that suspending judgment is needed to hold together a Christian community and maintain fraternal ties.

The other essential element of mercy, he said, is that it is freely giving to others because it flows from having received such abundant gifts from God.

Also, by giving to others, God will return that measure once again, showing “it is we ourselves who decide how we will be judged” after death, the pope said.

For a Christian, he said, merciful love is the only path to follow.

“We all need to be a little more merciful, to not badmouth others, not judge, not rip people apart with criticism, envy, jealousy,” he said.

By giving and forgiving, he said, one’s heart will expand with love, while selfishness and hatred will turn the heart into a hard, tiny stone.

“Which do you want?” he asked.

When people in the audience shouted “no” to having “a heart of stone” and “yes” to a heart filled with love, the pope said, “then be merciful.”

NEXT: Readings of the holy Mass – Twenty-sixth Sunday in Ordinary Time