Millennials renew commitment to care for our common home 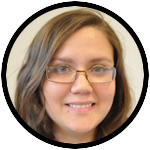 “Young people demand change. They wonder how anyone can claim to be building a better future without thinking of the environmental crisis and the sufferings of the excluded,” Pope Francis wrote in his encyclical on the environment “Laudato Si’.”

Youth’s concern for the environment continues as a recent global survey shows that millennials see climate change as the most pressing problem affecting the world. This concern — expressed by 26,000 millennials from 181 countries — was followed by large-scale wars, religious conflicts and poverty.

During this Season of Creation (which lasts from Sept. 1 until Oct. 4), we are all called to reflect on the beauty of God’s handiwork while renewing our commitment to protect the earth and its people. Some young people are already taking actions to protect the environment.

“Inspired by the encyclical, we challenge governments and our fellow young people to work with us toward a positive vision of the future in which our activities do not compromise human dignity or threaten the beauty of our common home,” they said in a statement.

Despite changes enacted by governments after the Paris Agreement was signed and efforts by numerous organizations, the fight against climate change still has a long way to go. According to the United Nations Environment Program, extraction of primary resource materials has more than tripled in 40 years. This, the report continued, can deplete some of the earth’s resources.

“If present trends continue, this century may well witness extraordinary climate change and unprecedented destruction of ecosystems, with serious consequences for all of us,” Pope Francis said in his encyclical, which was published in 2015.

When we damage the environment, we also hurt other people. Often the poor, who contribute the least to environmental damage, are hit the hardest by the destruction of ecosystems or changes in weather patterns.

What can we do? How can we be better stewards of God’s creation? In addition to advocating for environmental justice, there are many little steps we can take. These include using reusable containers, recycling, cooking only what can reasonably be consumed, starting a community garden, using fair trade products, showing care for other living beings, using public transportation or carpooling, turning off unnecessary lights, etc.

Other ways young people have been living “Laudato Si'” include engaging in climate activism, eating less meat and encouraging the use of solar panels. In a sense, the multitude of ways we can take on the challenge of climate change is a reason to remain hopeful. Our everyday decisions can have a positive impact.

On Sept. 1, Pope Francis suggested that “care for our common” should be added to the list of corporal and spiritual works of mercy. It is something that can’t be optional or postponed. Now is the time to adjust our habits and to cultivate and protect the gift of creation.

PREVIOUS: Like rain, the Holy Spirit falls on all, with gifts of many kinds

NEXT: Madam Clinton’s plan for free college tuition has a glaring omission