Young man’s overdose death stirs friend’s parents: Could it happen to us? 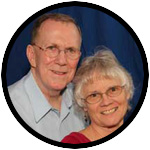 Allison says: Recently my husband, Zachary, and I attended the funeral of a 21 year old who died of a drug overdose. This young man was a friend of our son, also 21, who reports that initially the deceased started using pain pills for a high school football injury. As time went on, he became dependent on drugs and then switched to heroin. His death was a result of “bad stuff” being in the dose he injected.

Zach and I were so upset over this situation. Not only did we have difficulty dealing with the untimely death of a kid we saw just finishing his first year of college, but we began to wonder about the kids we have. What do we look for?  How can this happen under the nose of loving, caring parents? I am so unsettled with wondering about our teenagers and two sons in their twenties. I would never want to go through what the parents of that young man who overdosed did!

What can I do to prevent this from happening in our family? The route from pain meds in high school to death by injection seemed so seamless. I never would have guessed anything was concerning with this young man. A friend told me that we can purchase drug testing kits at the pharmacy. Should we start testing our kids?

Zachary says: Although this incident unnerved me, I cannot say I have the seemingly fatalistic view that Allison took. We know our kids. All five of them are in their later teens or early 20s. None has started taking any pills so far as I know.  I was aware from a TV documentary that often persons who start out with pain pills for a knee injury or back pain end up using stronger and more addictive drugs.

I know our kids are not taking pills. They are doing well in school and most are involved in athletic or music activity after school. The two in college obviously have more freedom and less oversight by my wife and me, but they travel with a decent lot and appear to remain personable and friendly.

Neither I nor Allison has ever had to deal with this. Heck, we live in a fairly well to do neighborhood with single homes and an acre of land. None of our kids have been in trouble at school or with the law. Even our two boys in college don’t really drink, although at 21 and 23 they can do so legally.

I see no reason to become overly pro-active when it comes to gaining assurance that there are no signs of dependency or addiction with our children.

Drug test our kids? No way!

Concerns about a family’s young adult and teenage children, and all the dangers prevalent in our culture today, is one of the major problems facing parents. How can we safeguard our children without becoming over-bearing or intrusive in their about-to-be-adult lives?

Allison and Zachary need to get on the same page with their concerns or suspicions. Is there anything that Allison has observed in any of their children’s behavior that is heightening her anxiety? Is Zachary being too over-confident in his knowledge of his kids’ activities?

Allison and Zachary should get themselves educated on warning signs and dangers of possible usage by a young person. Information on this subject is readily available at schools, community centers, the Internet and many other places.

Communication, talking, sharing, observing and listening are important for parents in observing their children’s behavior. Talk to your kids. Let them know you care. Pray for and with your children that your family may be protected from this scourge.

“Ask and it will be given to you; seek and you will find; knock and the door will be opened to you” (Matthew 7:7).

However, if you have strong indications that your child is using, it is not a time to respect his or her space. Go into their bedroom and search for signs of drugs or drug paraphernalia. The drug use in our country has skyrocketed with disastrous results. Go with your gut if you believe something is not right.

“Finally, draw your strength from the Lord and from his mighty power. Put on the armor of God so that you may be able to stand firm against the tactics of the devil” (Ephesians 6:10-11).

PREVIOUS: Signposts of discernment: How we know we’re doing God’s will

NEXT: Like rain, the Holy Spirit falls on all, with gifts of many kinds