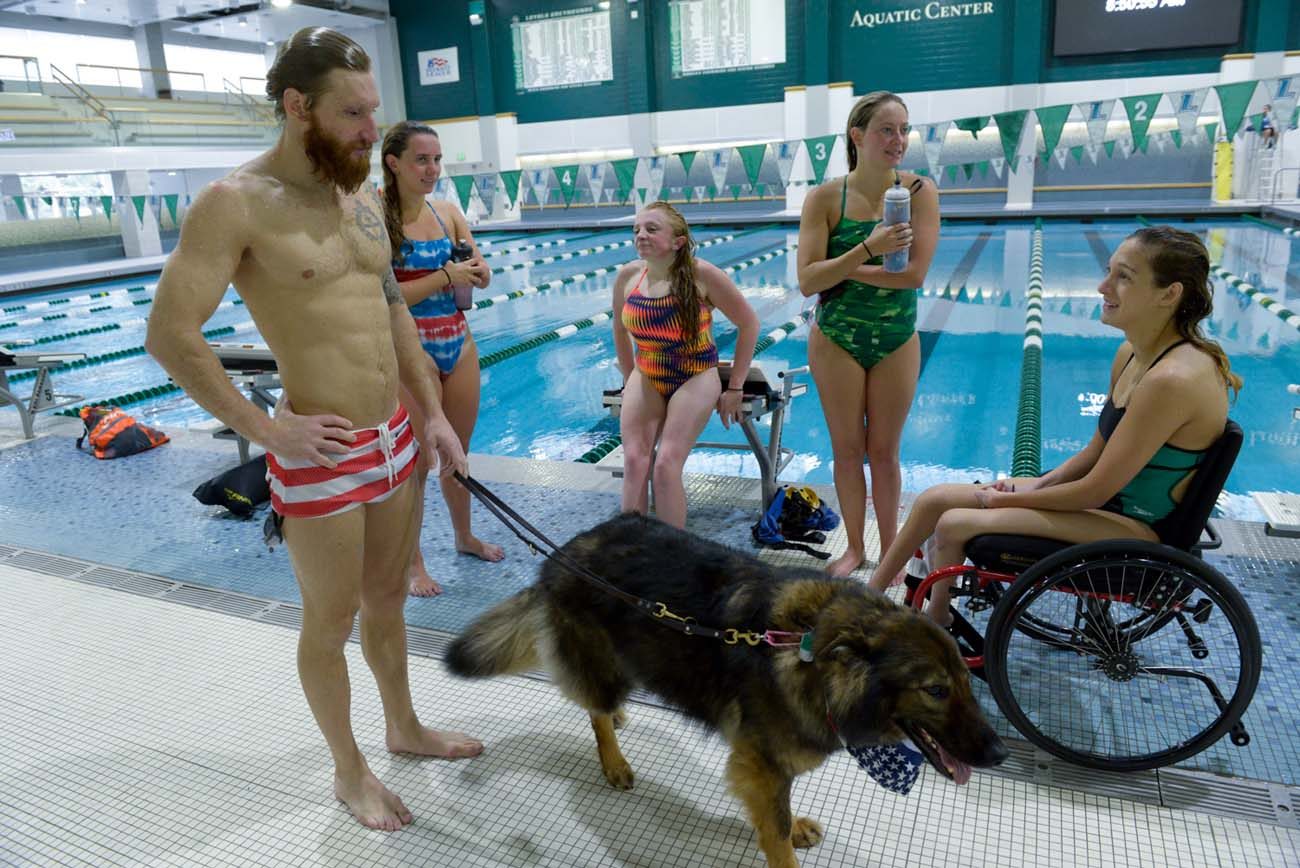 BALTIMORE (CNS) — One of the proudest moments of Brian Loeffler’s 26-years as a swim coach at Loyola University Maryland came at the 2012 Paralympics in London when he helped Brad Snyder, a blind military veteran, atop the podium during a medal ceremony.

“I got to position him on the medal stand, then step off to the side and watch the flag be raised and the national anthem be played,” Loeffler said. “It really felt like I was a part of that ceremony, being so close. It was pretty powerful.”

Snyder is among five swimmers who train under Loeffler at the Catholic university in Baltimore and are representing the United States at the Sept. 7-18 Paralympics in Rio de Janeiro. Although Paralympic practices are adjusted to each athlete’s ability, there are few visible differences between them and a standard college swimming practice.

For Snyder, who grew up in Reno, Nevada, and graduated from the U.S. Naval Academy in Annapolis, it is an opportunity to add to his international honors, which include two Olympic gold medals and a silver.

Snyder lost his sight in combat in Afghanistan while serving in the Navy in 2011. One year to the day after being blinded, he won gold medals in the 100 and 400 freestyle at the London Paralympics.

“To participate in an event that is as immense and impressive as the Paralympic Games, it was hard for me to take everything in for what it was,” he said. “It was unlike anything I had ever experienced before.”

For others, it their first opportunity to compete on a global scale. 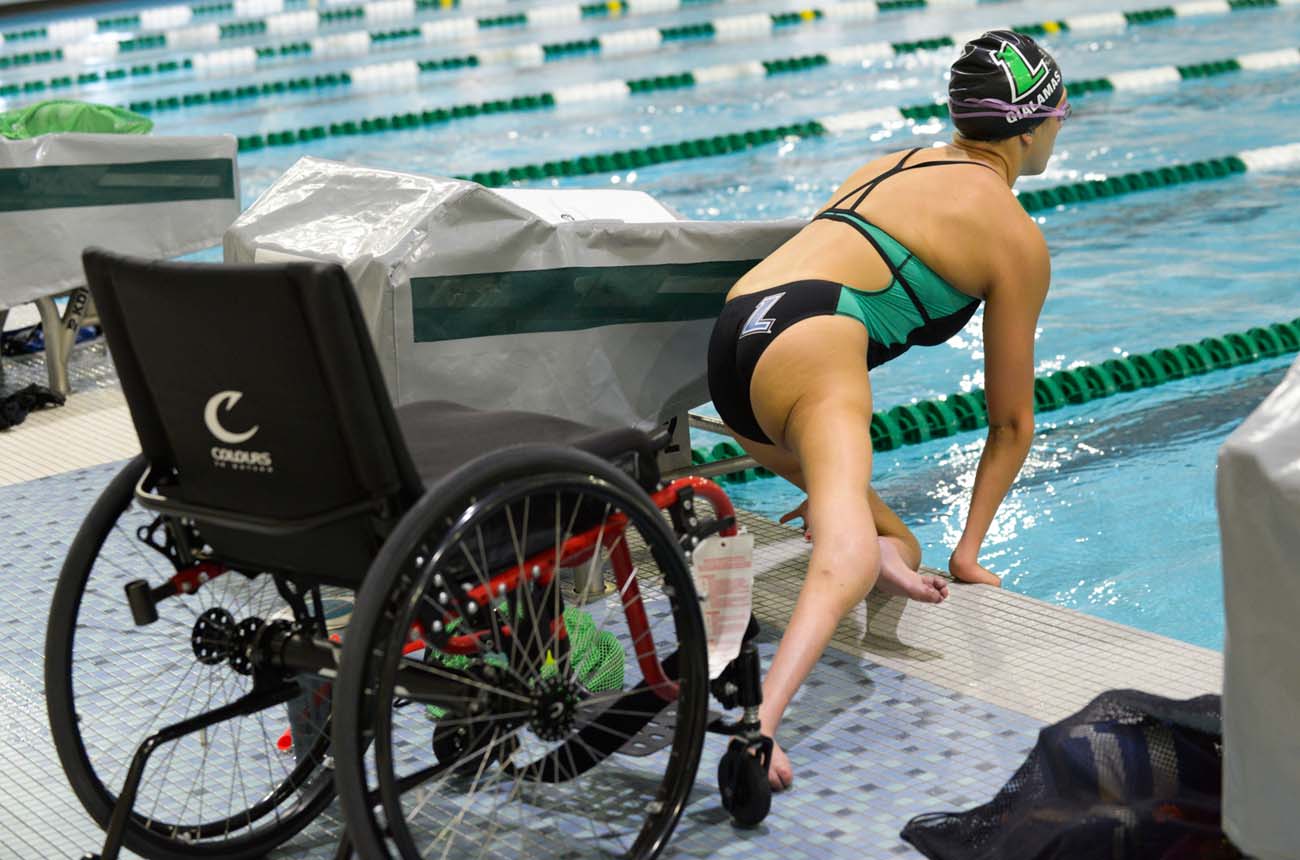 Alyssa Gialamas, a Loyola University Maryland junior and Paralympian, prepares for one of many laps Aug. 10 as a member of the USA Paralympic swimming team at the university in Baltimore. Gialamas is competing at the 2016 Paralympic Games in Rio de Janeiro. (CNS photo/Kevin J. Parks, Catholic Review)

McKenzie Coan, a junior at Loyola from Clarkesville, Georgia, started swimming at age 5, as aquatic therapy for her osteogenesis, also known as brittle bone disease. She earned a berth at the 2012 London Paralympics, where she heard of Loyola’s aquatics program from another Paralympian.

She committed to the school after touring the campus and talking to Loeffler.

“People are friendly, everything is state-of-the-art,” Coan said.

Alyssa Gialamas, a junior from Naperville, Illinois, was also drawn to the program by Loeffler’s record. Gialamas, who is studying communications, has arthrogryposis, congenital joint contractures.

Elizabeth Smith, originally from Muncie, Indiana, trains with Snyder. Born without most of her left arm, she holds American records for her competitive classification in the 50, 100, and 200 butterfly.

Cortney Jordan, a Loyola graduate student from Henderson, Nevada, has cerebral palsy and has been on the U.S. Paralympic team for 10 years.

“My main goal,” she said, “is just to be satisfied with my swims, to leave knowing that I gave it everything that I had, and to be content with where I end.”

Cameron Rogers is a contributor to the Catholic Review in Baltimore.