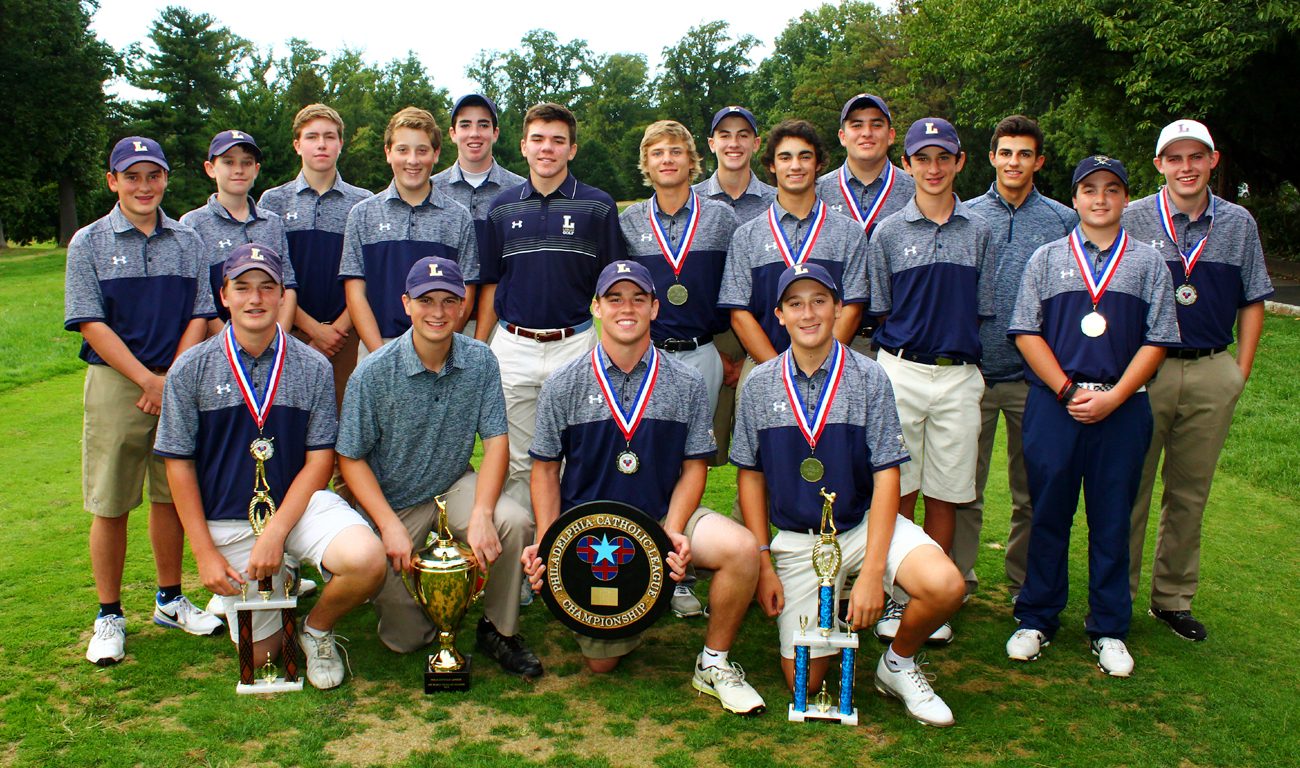 Along with individual honors, the Explorers of La Salle took home the Catholic League golf championship trophy on Oct. 4 at Melrose Country Club in Cheltenham. (Photo by Sarah Webb) 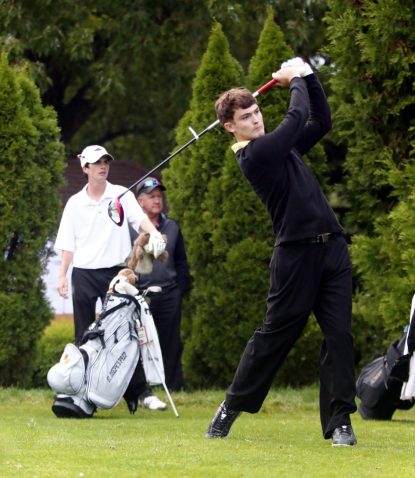 Alex Durelli drives his first shot in the first hole of a sudden death playoff at the Catholic League championship Oct. 4 as his opponent, Andrew Gallagher, looks on.

La Salle High School has participated in 19 golf tournaments this season. According to one of its top players, the marquee event just finished.

“Mr. (Marty) Jackson (golf coach) has been telling us since the beginning of the season that winning the PCL (Philadelphia Catholic League) is our first goal,” said junior Bud Hansen.

On Oct. 4 at Melrose Country Club, the Explorers improved their overall record to 16-3 with a 10-stroke victory over second-place St. Joseph’s Prep. Aided by its 272-282 victory, La Salle has dominated Catholic League golf throughout the 21st century, with 14 titles since the year 2000.

“It was a great day for La Salle and the golf team,” said Hansen. “The round was a grind. Melrose is a tough course and you cannot make a mistake out there. It was a great feeling finishing (tied for fourth place) with my teammate, Frankie Gregor. I set a personal goal for myself this year to make it to PCLs. Shooting 76 was a great feeling.”

“It was an awesome feeling to win the PCL,” said Gregor. “We all felt good going into the day, and we were all happy that the work throughout the year paid off. To place (as an individual) was awesome, although I never was really thinking about it. I birdied my last two holes, so I was not really in the mix until the end.”

(See a photo gallery from the tournament here.)

Individually, Roman Catholic senior Alex Durelli captured first place in dramatic fashion. He and St. Joseph’s Prep junior Andrew Gallagher were tied at 73 after 18 holes. Durelli outlasted his competitor in the first round of a sudden-death playoff.

“I was just thinking that I knew I was a good enough player to win, and I just had to trust my abilities as a golfer and just go out and execute and be happy with the result no matter what because I tried,” said Durelli. “It felt great to win, especially because it was my senior year and I knew it was my last opportunity to win that tournament. It’s a moment I will never forget.”

Durelli said the most challenging aspect of prevailing in overtime was remaining calm.

“My nerves played a part in the match by just being so excited to be in that opportunity, and it was just more of an adrenaline rush,” he said. “I had to control myself and get myself mentally prepared. There was a long wait because I was the first group in with the lowest score at the time, so I was leading and then (Gallagher) came in with the same score as me.”

Karly Brown finished third overall with a 75. The Archbishop Wood senior, however, also competed for the girls’ individual title, winning the event for a fourth consecutive season.

“Winning was a great way to finish my high school experience, and I am really fortunate to have had a great four years with the team,” said Brown. “Placing well within the boys’ championship kind of turned everything around for me.

“After having a tough summer of golf, playing well on that course and against great competition kind of improved my entire outlook on how the summer went. The best part was moving on with the team to districts. That was unexpected, but I knew we could do it because we had worked all season long.”

Next up for several teams and individuals is the District XII tournament, scheduled for Oct. 11 at Blue Bell’s Meadowlands Country Club. 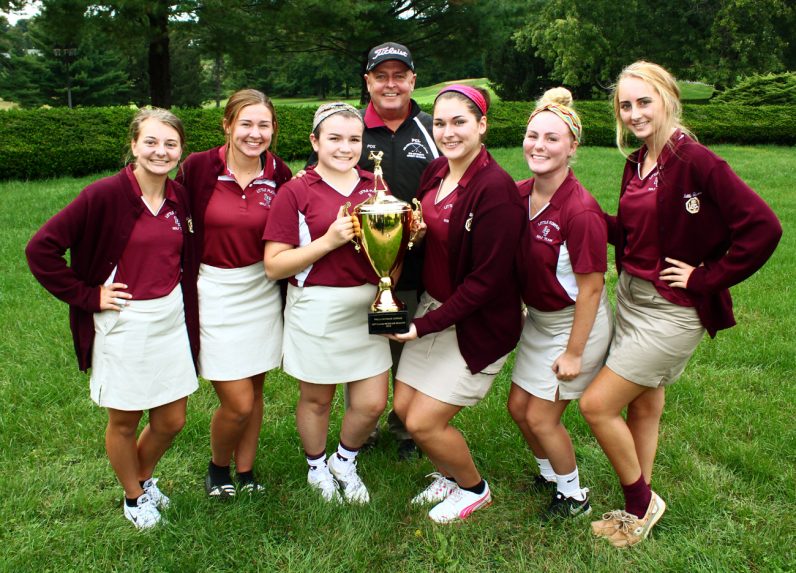 NEXT: Parity in Catholic League soccer means one of 8 teams could be champs