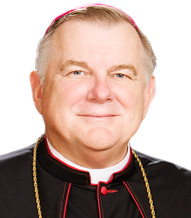 The election is over — thank God! Faced with two unpopular candidates, voters in record numbers decided to hold their noses and vote for the candidate they saw as the least worse option. Both Clinton and Trump were flawed candidates — neither succeeded in winning approval from more than half the country. But Trump’s negatives perhaps were seen as evidence that he was a “sinner,” whereas Clinton’s negatives hinted at real corruption.

Americans can tolerate evidence of human frailty in someone; but we are much less tolerant of those elite or establishment types who try to rig the game. In any case, pollsters and pundits underestimated Hillary Clinton’s weakness as an “establishment” candidate at a time of increasing popular anger towards all establishments.

As Pope Francis observed, we are living not so much through an era of change but through the change of an era. Because of this, establishments or elites are all under suspicion — whether in government, in the media or even in religion. The populism represented by the Trump campaign has parallels throughout the world. Great Britain’s vote to leave the European Union (Brexit) and the failure of the peace referendum in Colombia are two recent examples of such populist distrust towards ruling elites.

The Democrats may be kicking themselves for having nominated perhaps the only candidate that Trump could have beaten. Yet, besides putting forth a candidate ill-suited for the mood of the nation, the Democrats, increasingly tied to identity politics (pro-abortion, pro-gay, etc.), have alienated their traditional constituencies: working-class white ethnics and church-goers.

And, in spite of rhetoric seen as “neo-nativist,” Trump attracted more Hispanic voters than had Mitt Romney four years ago. Clinton’s radical embrace of the Planned Parenthood agenda of abortion on demand up to the time of birth, and her perceived hostility or indifference towards religious freedom issues, certainly hurt her among church-going Catholics and evangelicals.

This electoral cycle was highly polarized and the polemics on each side lacked civility. Thus, the calls for unity and cooperation issued by President-elect Trump, Mrs. Clinton and President Obama should be welcomed by all. Their graciousness is laudable and exemplifies the best of the American experiment in democracy, in which the transfer of power occurs peacefully.

Yet there are many wounds to be healed and deep unease among many about the direction that the new president may wish to take the nation. Yet, with his victory, President-elect Trump earns a fresh assessment and reevaluation. As Mrs. Clinton said in her concession speech, “We owe him an open mind and a chance to lead.”

A Trump presidency represents an opportunity to bring to the Supreme Court originalists who will interpret the Constitution rather than to legislate from the bench. Legislation from the bench brought us Roe v. Wade, Casey v. Planned Parenthood and Obergefell v. Hodges. A more liberal court would soon — no doubt — have found a “right” to assisted suicide and further eroded religious freedom and the right to conscientious objection in our nation.

Catholics also should welcome his pledge to support the rights of parents for school choice. A perverse interpretation of the separation of Church and State, historically rooted in anti-Catholic prejudice, denies access of state assistance (or even tax deductions) to parents who choose to send their children to Catholic schools. An education reform agenda that would recognize and support the contributions of Catholic schools as well as addressing our failing public schools would truly help “make America great again.”

But to “make America great again” we also need a comprehensive immigration reform that protects our borders and at the same time allows a path to citizenship for the millions who already live among us. If we need “walls,” we need walls with “doors” because some of our “greatest Americans” have been immigrants or refugees.

“Making America great” means learning from the mistakes of the past. One hundred years ago, after World War I, Americans opted for immigration restrictionism, protectionism and isolationism. These policies helped lead to the Great Depression and made World War II inevitable.

People were angry then as they are now — especially those who feel left behind by an increasingly globalized world. (Or is this anger just masking people’s fears?) In any case, it must be channeled in constructive ways that unite and not divide, that heal and do not scar, that build up and not tear down.

The Wednesday after the election, Mrs. Clinton, President-elect Trump and President Obama set a hopeful tone that appealed to all of our better angels. Let’s hope that tone of civility endures. Because we won’t make America great by making America mean.

Archbishop Thomas Wenski is Archbishop of Miami. His column is posted here by permission of the Archdiocese of Miami.

PREVIOUS: Children learned to love the elderly when Mom offered rides to Mass

NEXT: 5 ways the election showed that the times are changing