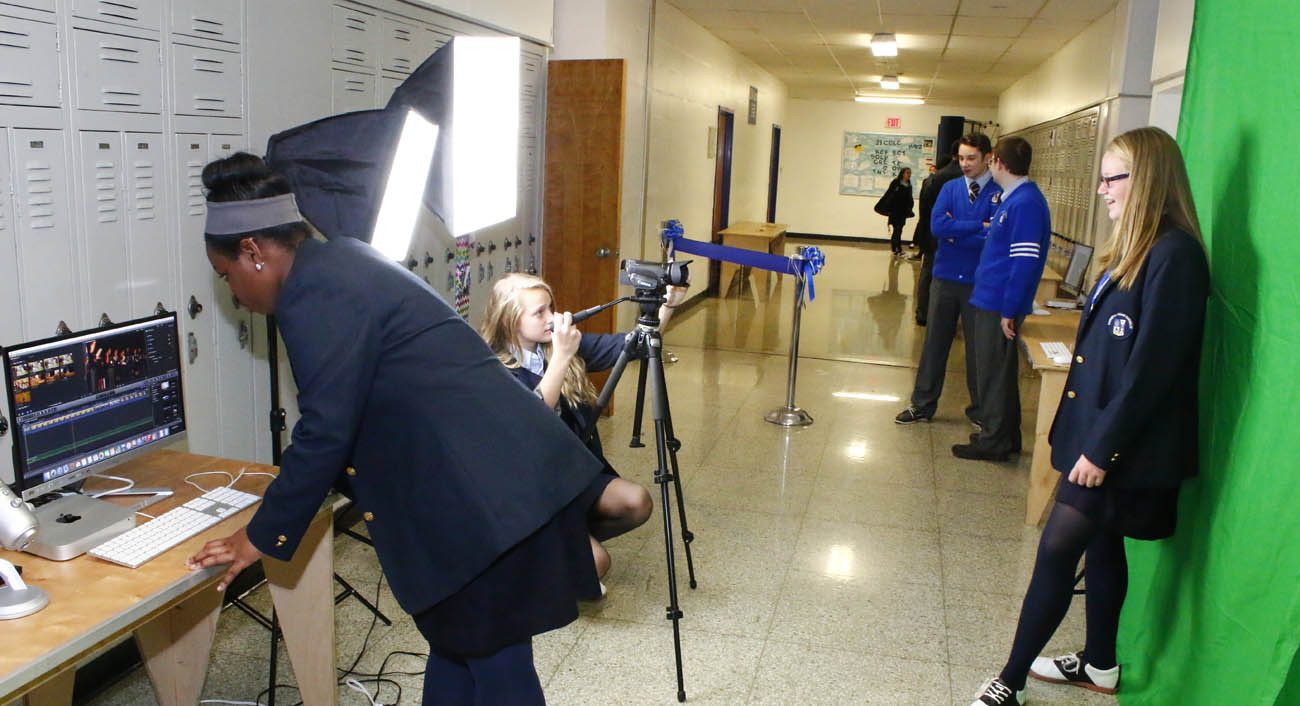 During a Nov. 16 event for visitors to Conwell-Egan Catholic High School, freshman students Angel Crowell, Delaney Lindberg and Sara Stintsman from the EAST Program show how to film using a green screen, digital camera and a computer. 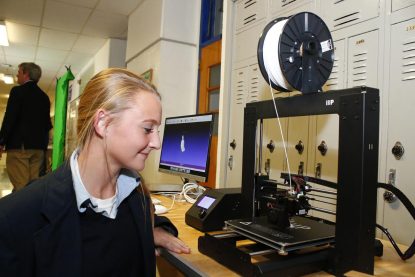 The Environmental and Spatial Technology (EAST) Program at Conwell-Egan High School is probably one of the most innovative and cutting-edge high school educational programs you will find anywhere, once you get past the rather ponderous title.

First of all, EAST trains students in the use of mostly computer-based technologies for such fields as CAD (computer aided design), architectural design, GPS mapping, animation, virtual reality, 3D modeling, robotics and many others.

But that’s only the beginning. The students are invited to take these skills and, while working in teams, come up with projects that can benefit the community, civic groups and others in the process.

That’s what makes EAST fairly unique, even as it celebrates its 10th anniversary at Conwell-Egan in Fairless Hills, Bucks County.

Many schools have excellent technology programs, or programs that stress self-guidance and teamwork or programs with a public service component. EAST combines all of that. (See a photo gallery here.)

The EAST Program was first developed in Arkansas two decades ago. It is in about 300 schools nationwide, according to Josh Beauchamp who oversees the course as facilitator at Conwell-Egan. At this point its heaviest penetration is still in the South, but it is slowly spreading.

Conwell-Egan is the only participant in Pennsylvania and Beauchamp believes it is the only Catholic school using EAST Program in the country. 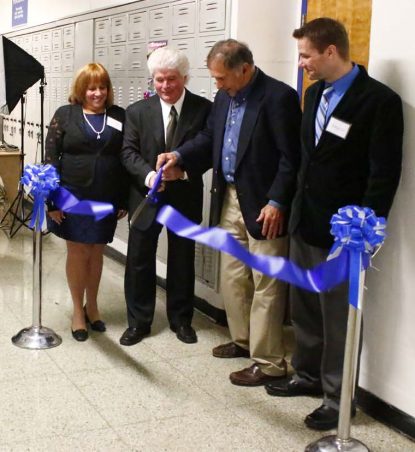 Cutting the ribbon on the new EAST Program lab Nov. 16 are (from left) Conwell-Egan President Janet Dollard, donors Jack Lyons and Gary Gray, and Principal Michael Culnan. The lab was dedicated in memory of the late Bonnie Gray, a Conwell-Egan graduate. (Sarah Webb)

“We sit down with the kids and ask them questions,” said Beauchamp, whose task is not so much to teach as to provide guidance. “We take seriously their ideas can make a difference. This is a project-based service learning program, getting out into the community, working on projects they feel are important,” he said.

“When this came out I think it was ahead of its time,” said Conwell-Egan principal Michael Culnan. “It challenges intellectual endeavor. It is student-led learning and we grade on process not the product.”

The EAST Program is not limited to a particular student year. All students participate, some perhaps for a single year and others for multiple years.

Beyond question it is a popular program with the students. It’s also a selling point for enrollment.

“I chose Conwell-Egan when I was looking at high schools because of it,” said freshman Delaney Lindberg, who is developing an audio program. “I wanted to take this and be challenged. It is unique.”

Seamus Smiley, a sophomore, is working on a project that will benefit Conwell-Egan.

Through 3-D imagery he is designing the conversion of a storage space in the school into a lecture hall, with all of its furnishings and appointments.

“EAST is wonderful,” he said. “It makes me work outside of my comfort zone.”

Kerry Morris, a junior, was displaying a logo she had created through EAST Program technology.

“From EAST, I learned team building,” she said. “It is not just your work, you work with people in your school and in your community.”

A highlight of the program this year was the Nov. 16 ribbon cutting for the dedication a new EAST classroom in memory of the late Bonnie Gray, a Conwell-Egan alumna who went on to a successful career in science.

It was made possible through donations by her family and friends, as well as many loyal Conwell-Egan graduates who want to see the excellent Catholic education they received continue into the future. 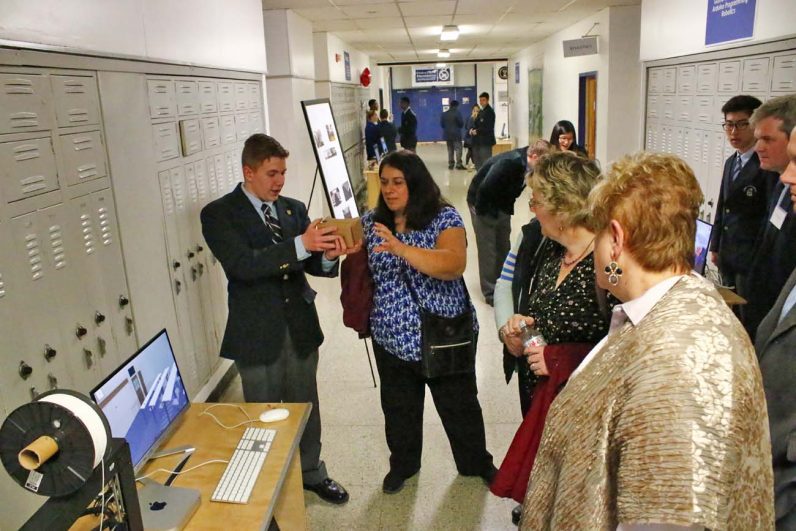 NEXT: What’s doing in Philly? Catholic Family Fun Club has plenty to choose