The Nativity through the eyes of St. Joseph 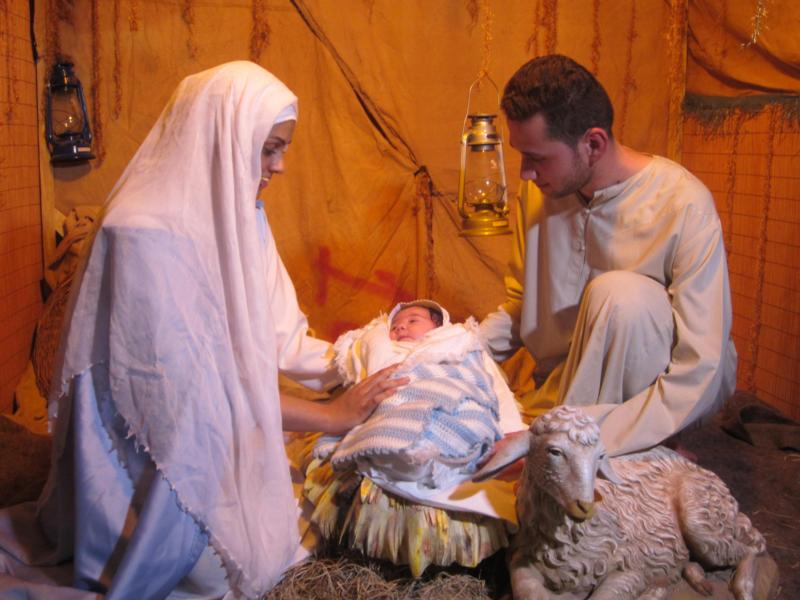 An Iraqi man plays St. Joseph in this re-enactment of the Nativity at Ainkawa refugee camp near Irbil, Iraq, Dec. 19, 2014. Scripture tells us little about the patron saint of fathers, mainly that he was a “righteous man” who cared deeply for his family. (CNS photo/Sahar Mansour)

What might St. Joseph have experienced when his wife Mary gave birth to the Son of God?

Scripture tells us little about the patron saint of fathers, mainly that he was a “righteous man” who cared deeply for his family. Even the Nativity story in St. Luke’s Gospel focuses on Jesus and Mary, the angels who announce Jesus’ birth and the shepherds who come to pay him homage.

Ten years ago, a film called “The Nativity Story” sought to make Joseph a little more prominent, and why not? As its Catholic producer Marty Bowen told the National Catholic Register, Joseph’s is “a story of heroism … a version of a simple man trying to do what he thinks is right.”

Several “Nativity Story” reviewers picked up on that, notably Ann Hornaday of The Washington Post, who observed that the film advanced a “radical” idea: “that Jesus became who he was not only because he was the Son of God, but because he was the son of a good man.”

We who are fathers know very well what it means to “do right” by our families. We also know about the months and weeks leading up to a child’s birth, about the self-doubt and even fear that can enter our minds — “Am I up to this? How do I handle this? What if I mess up?”

I can recall, more than 30 years after the fact, sitting in a hospital room and holding our newborn son in a rocking chair (while my exhausted, C-sectioned wife slept nearby), and wondering, “Can I be a good dad? What happens next? Please, God, help me be the loving father I need to be.”

There were no shepherds or angels or kings from the East who came calling, or angels singing overhead. Just lots of family and friends visiting, which is doubtless more than Mary and Joseph had.

Joseph’s circumstances, of course, were quite different from mine or any other first-time father’s. Chances are, the stable where Jesus was born was not overrun with family and friends. Instead, there were shepherds who Jesus and Mary had never met, followed days later by out-of-town royalty bearing not toys and flowers and casseroles, but gold, frankincense and myrrh.

What could Joseph have been thinking, or doing, as these strangers admired the tiny baby in the manger and, no doubt, asked the young, weary mother how she was doing?

This was not, after all, the situation Joseph had probably envisioned — his betrothed turning up “with child” before they’ve exchanged “I do’s.”

And yet, because he was “a righteous man,” Joseph, we can logically surmise, could do no less than give his best in helping to nurture and raise this special child, and care lovingly for his young wife.

A wonderful insight to Joseph was offered by Oscar Isaac, the actor who portrayed him in “The Nativity Story.” “How,” Isaac said, “does a man share the woman he loves with God?”

He can, Isaac added, because “he loves God with all his heart, and he loves this woman selflessly.”

That is what we who are fathers are all called to do, even if we feel overwhelmed. Certainly, no father felt more overwhelmed than Joseph, yet he did as the Lord — through the angel in his dream — requested.

“Do not be afraid,” the angel told Joseph (Mt 1:20), words he no doubt replayed in his head on the night of Jesus’ birth, and in all the days that followed. Let all of us — fathers and mothers — learn from his example.

PREVIOUS: It’s not our gift but the act of our giving it

NEXT: Christmas Eve in the Polish-American Catholic kitchen (Recipe included)