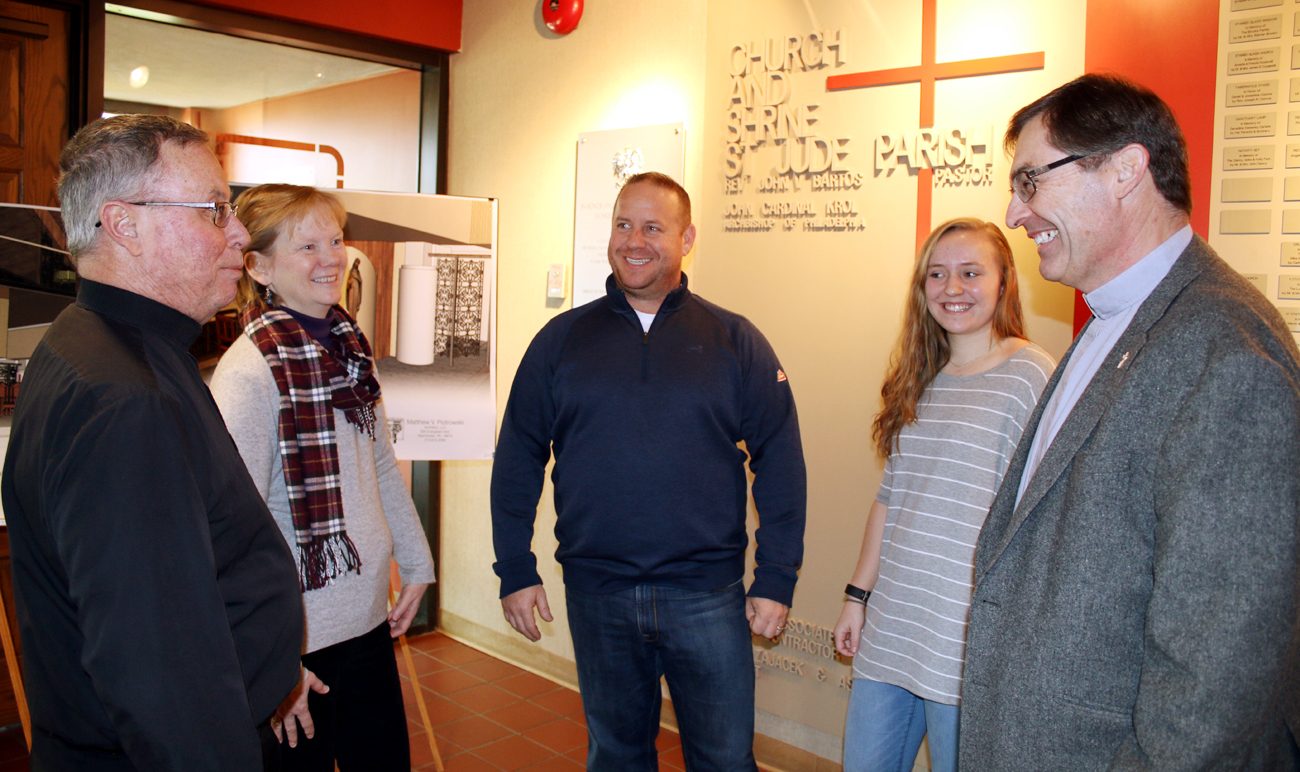 Two years ago St. Jude Parish in Chalfont was given a goal of $62,518 to raise during the archdiocesan Catholic Charities Appeal and the parish came in with a very respectable 96 percent of the goal.

No good deed goes unpunished, as they say, so last year’s goal was raised about 8 percent to $67,627. They not only reached it, they surpassed it, and at the same time demonstrated charity is more than money.

Part of it had to do with the pastor, Msgr. Francis Beach, who in 2015 was new to the parish.

First off he invited a small group of key members of the parish, husbands and wives, to a get together where they could socialize and, by the way, come up with plans to promote the Catholic Charities Appeal within St. Jude.

The idea came up from within the group, “Why can’t we as families, including children, visit some of the charities that benefit from the drive and come back and spread the word?”

Msgr. Beach took the suggestion to the Catholic Foundation of Greater Philadelphia, which oversees the annual Appeal. They were given a list of several sites that could be visited, and they did so last April. This “New Vision” was designed so people would not just read about Catholic Charities but experience the mission.

(See a photo gallery from a recent Mass at St. Jude Church, here.)

Richard and Kristen Ferns, the co-chair for the parish drive, along with their children, Erin (then) 15, Patrick, 13 and Brynn, 11 were among a group that visited Mercy Hospice on 13th Street in Philadelphia. It is a facility that houses women recovering from substance abuse, some with children. While the visitors were there they also helped by doing some cleanup work and minor repairs.

“One of the members of the group was talking to us, telling us how she was getting her act together,” Kristen Ferns said. “She didn’t realize that we were not just visiting but working. To reciprocate they gave us a lovely lunch.”

Richard Ferns was struck by how well run the facility was. “There was a strong sense of discipline and rules,” he said. “It was not just a free for all,” he said. “There is a waiting list to get in, I understand.”

For the children it was a revelation, something quite different than suburban living.

“There were people sharing a bedroom as big as mine,” Erin said. “I got to appreciate what is being done for me.”

Patrick was of the same mind. “When we were done I was thankful for my parents and for my sisters,” he said. “There is satisfaction in helping people and I would do it again in a heartbeat.”

Kathy Fluehr and her husband Joseph are also committee members. She and their two teen children, Maggie and J.V., also went to Mercy Hospice although her husband couldn’t go because of business responsibilities that day.

“We are doing this again,” she said. “But we are talking about kicking it up a notch. Perhaps have a fund drive to involve people who can’t go. Maybe a clothing drive or toiletries or gift cards for when the people are leaving the program.

“Giving back should be part of you,” she said. “We are blessed and a lot of people are not. We want our children to know that and pay it forward.”

Permanent Deacon Timothy Lynch and his wife, Anita, along with their daughters Courtney, 21, and Marigrace, 13 were part of a group of 21 parishioners who visited St. Francis-St. Vincent Homes for Children in Bensalem.

“I was incredibly impressed by the compassion and care that was given to the residents,” he said. “The workers are so joyful and committed to their mission. Some of the people who came with us wanted to go back and volunteer there, showing the face of Christ through service.

“For the young people this experience was so foreign from their lives. They all paid rapt attention. It is a great restatement of the work that Catholic Charities contributes. We will do the same this year.”

Another member of the committee, Dan Dienna, was scheduled to accompany his wife, Megan and daughters Lauren and Courtney to Montgomery County Family Service Center in Norristown, but they couldn’t go because of a school activity at St. Jude.

Nevertheless, Dan, who could be a poster child for Catholic Charities, addressed a parish Mass to promote the Appeal and told his own story.

As an infant, born of an unplanned pregnancy of a young teenager, he was adopted through Catholic Social Services by Nick and Elizabeth Dienna, the second child they adopted.

“I’m the luckiest guy in the whole world,” he said. “My parents are the most incredible, incredible human beings. I am blessed and I still call them twice a day, every day.”

Dienna is sold on the idea of people getting out there and seeing firsthand the really important work done by Catholic Social Services, made possible in part by the annual Catholic Charities Appeal.

While the parishioners give credit to their pastor for his guidance and leadership, “It was all their initiative,” Msgr. Beach said.

“That’s just one of the good things going on at St. Jude. The parish recently started a St. Vincent DePaul Society group, and there are ongoing efforts to encourage school-based service to teach the children the value of charity.” 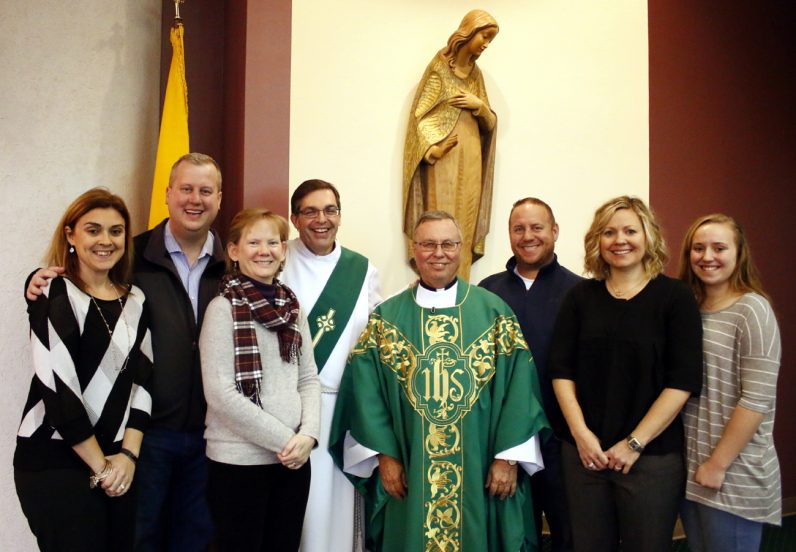 NEXT: Catholic news vital for forming adults who will lead the church, speaker says