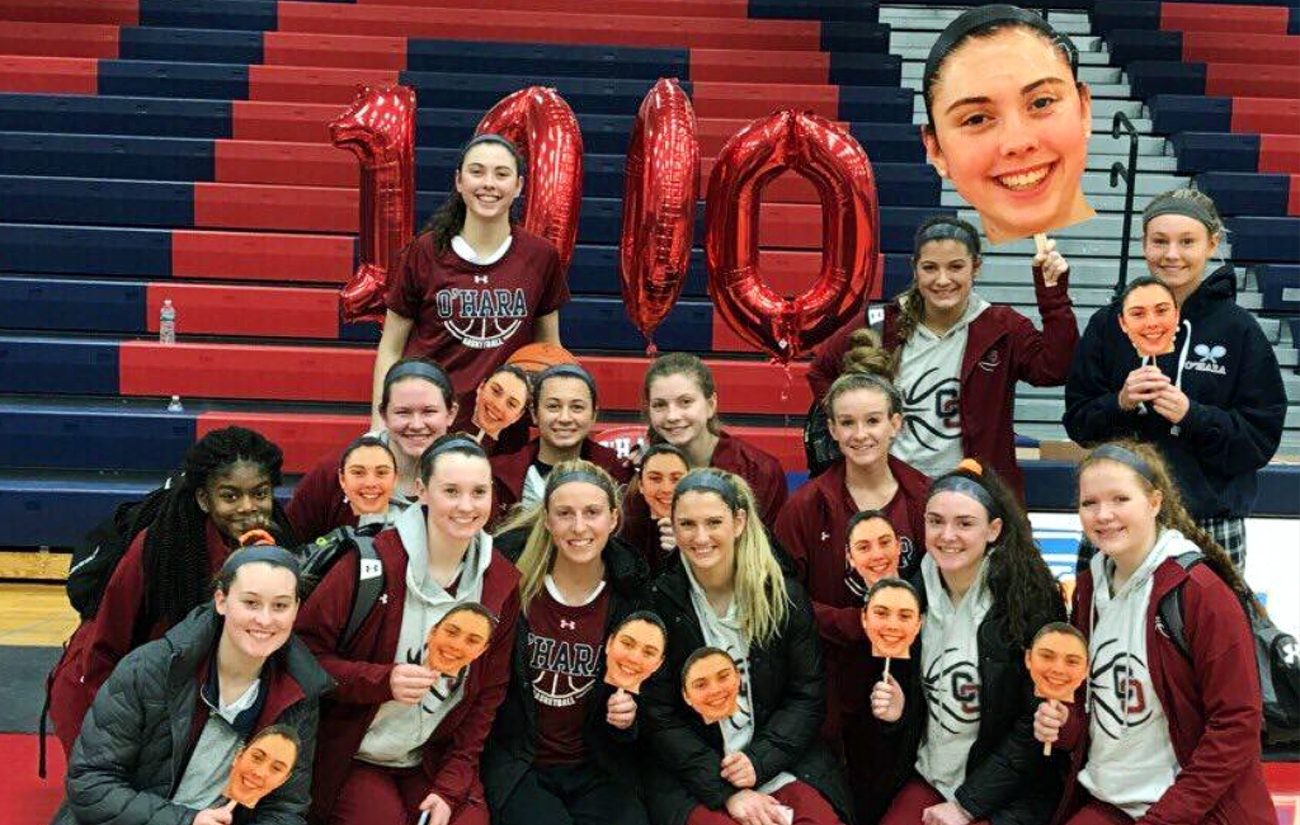 The Cardinal O’Hara High School 1,000-point club continues to grow. It gained another member as senior Mary Sheehan scored her 1,000th career point when the Lions defeated Hallahan, 67-19, on Jan. 5.

Sheehan knew going into this Philadelphia Catholic League contest that she was 14 points away from securing her milestone. The two-time All-Catholic had the utmost confidence that it was well within her reach and that this would be the day to make it happen.

Once the game was underway, she wasted no time in scoring and hit the 1,000 mark before the end of the first quarter.

“I was super excited,” said Sheehan. “It was a huge honor.”

She paced the Lions with a total of 18 points in the game and went 8-for-8 shooting from the foul line. While Sheehan worked very hard to achieve this important moment, she knows she could not have done it without the help and support of her teammates and the coaching staff.

“They put me in a good position with opportunities to score,” said Sheehan. “We have an unselfish team. That helped a lot.”

In addition to making All-Catholic, Sheehan is a two-time All-Delco selection and made First Team All-State as a junior.

Sheehan’s time playing basketball goes all the way back to when she was 4 years old. When it was time for school she attended St. Dorothy’s in Drexel Hill where she played CYO basketball and that influenced her to continue playing in high school.

“I loved playing in grade school,” she said. “That sparked my love for the game.”

Sheehan’s time on the court is not limited to basketball season. She has also played in a summer league for the Comets Girls Basketball Club. Her travels have taken her to many cities including Nashville, Chicago, Cincinnati and Orlando.

“We’ve been all over the country,” she said.

Sheehan has been quite busy her since her freshman year at O’Hara. In addition to playing soccer, her extracurricular activities include being a member of Student Council, the National Honor Society, a co-president of the Community Service Corps, a leader for the Kairos retreat and a LINKCREW member that serves as a mentor for underclassmen.

What lies ahead for Mary? She plans to take her basketball career to the collegiate level as she is signed to play at St. Joseph’s University. At this point, she has not decided on a field of study. 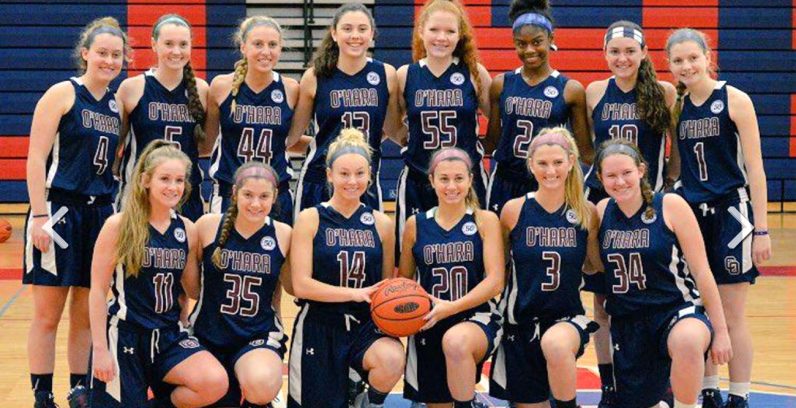