End of girls’ season looking like last year’s, with Wood on top 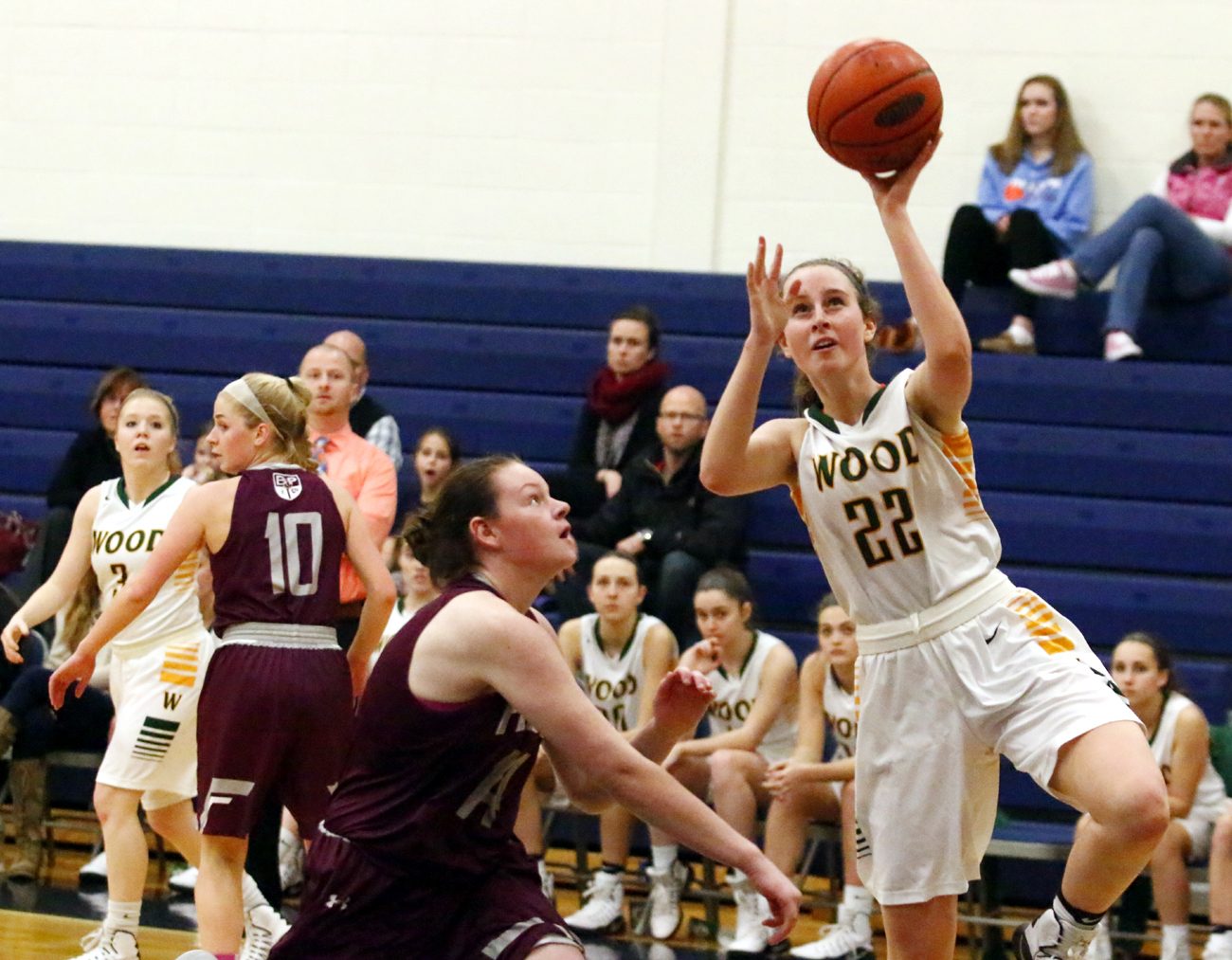 Archbishop Wood's Erin Morgan scores on a layup during a game against Bonner-Prendergast. Wood won the Jan. 21 game, 47-35. (Sarah Webb)

Catholic League girls’ basketball is approaching the home stretch. On Feb. 7, the regular season will come to an end, followed by the playoffs.

Tracing back to last winter, the plot hasn’t much changed. The same juggernauts are perched atop the standings, and barring a major upset in the quarterfinal playoffs, the two teams most likely headed for a championship collision course at the Palestra are Archbishop Wood and Neumann-Goretti.

The only difference? Notice which team is referenced first.

Since Archbishop Wood is the defending league champion, the Vikings remain the proverbial “team to beat.” They stunned Neumann-Goretti in a riveting final last year and have yet to lose a league game. The Saints have not lost a league game, either. (See a photo gallery from a recent Catholic League game here.)

The 7-0 squads face major challenges tonight, as N-G travels to 7-1 Archbishop Ryan while Wood visits 6-2 Archbishop Carroll. Perhaps fittingly, the adversaries meet each other in the season finale on Feb. 5.

If taking on the role of defending champion flummoxes the Vikings, they hide it well.

“Defending the Catholic League title hasn’t felt much different than other recent years,” said Wood coach Mike McDonald. “The team’s expectations are always to get to the championship. It’s the same goals this year as well.”

Despite graduating several standouts, Wood maintains the countenance of a supremely confident squad.

“Even though the pressure is on us, I don’t think it affects us,” said senior Cassie Sebold. “We play the way we always have and don’t let any of it get in our heads.”

Sebold pointed out that the Vikings aren’t much different than teams like Neumann-Goretti, Archbishop Carroll, or Cardinal O’Hara, perennial winners over the recent – and in some cases, distant – past. 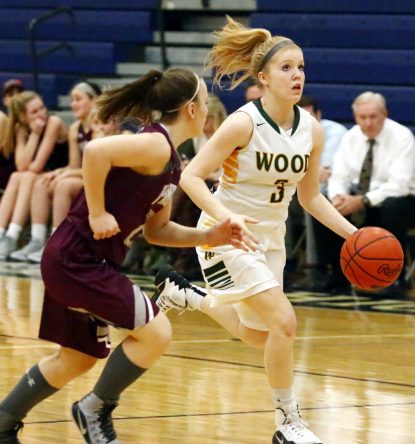 Archbishop Wood’s Shannon May pushes the ball up the court. (Sarah Webb)

“Even after winning last year, I feel like many people still view us as the underdogs and never actually see us as number one in the league, so I don’t think many of us feel that pressure,” said May. “The main thing that it does is put a target on us, and everyone wants to beat us even more than usual. If anything, I think we always need to prove ourselves, and I like doing that because I know how good we are and like shocking people.”

“Meg is a player that might not score all of the points but she is always the one getting rebounds, boxing out and just doing all of the little things,” said Sebold. “You notice when Meg is not on the court. And Katie has stepped up not only scoring wise, but also vocally. Katie’s one of the smartest players I’ve played with and she is someone everyone on the team looks up to.”

NEXT: Father Judge repeats as Catholic League wrestling champion, moves on to states