Journey with Jesus on scriptural stations of the cross 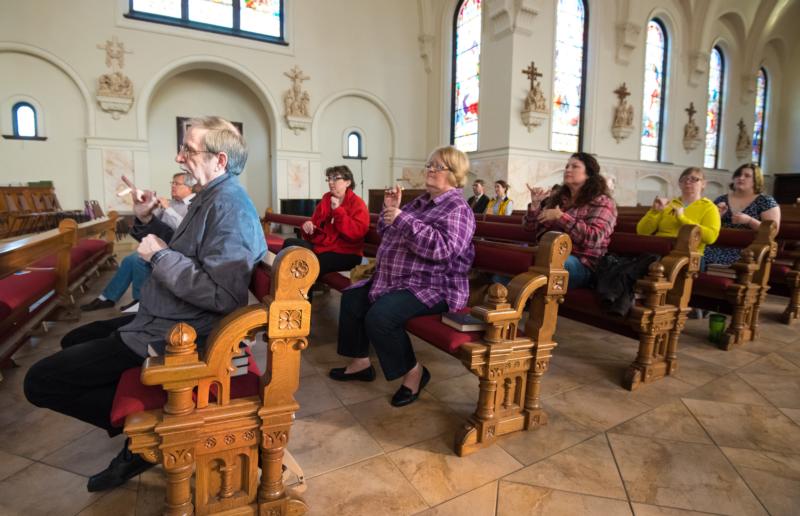 Meditating on the Stations of the Cross is a traditional Lenten devotion. Picture yourself in the scene as you accompany Jesus along the Way of the Cross. What does he say? What do you say?

1. Jesus prays in agony in the Garden of Gethsemane.

2. Jesus is betrayed by Judas and arrested.

“Then stepping forward they laid hands on Jesus and arrested him” (Mt 26:50).

“He began to curse and to swear, ‘I do not know this man about whom you are talking.’ And immediately a cock crowed a second time. Then Peter remembered the word that Jesus had said to him, ‘Before the cock crows twice you will deny me three times.’ He broke down and wept” (Mk 14:71-72).

5. Jesus is condemned to death.

“They persisted in calling for his crucifixion. … The verdict of Pilate was that their demand should be granted. So he released the man who had been imprisoned for rebellion and murder … and he handed Jesus over to them” (Lk 23:23-25).

6 Soldiers whip Jesus and crown him with thorns.

“And the soldiers wove a crown out of thorns and placed it on his head, and clothed him in a purple cloak, and they came to him and said, ‘Hail, King of the Jews!’ And they struck him repeatedly” (Jn 19:1-3).

“So they took Jesus, and carrying the cross himself he went out to what is called the Place of the Skull, in Hebrew, Golgotha” (Jn 19:16-17).

“As they were going out, they met a Cyrenian named Simon; this man they pressed into service to carry his cross” (Mt 27:32).

9. Jesus meets the women of Jerusalem.

“A large crowd of people followed Jesus, including many women who mourned and lamented him. Jesus turned to them and said, ‘Daughters of Jerusalem, do not weep for me; weep instead for yourselves and for your children'” (Lk 23:27-28).

“They crucified him and the criminals there, one on his right, the other on his left” (Lk 23:33).

11. Jesus promises his kingdom to the good thief.

12. Jesus speaks to his mother and the disciple.

NEXT: Seven ‘penitential’ psalms help in our conversion this Lent