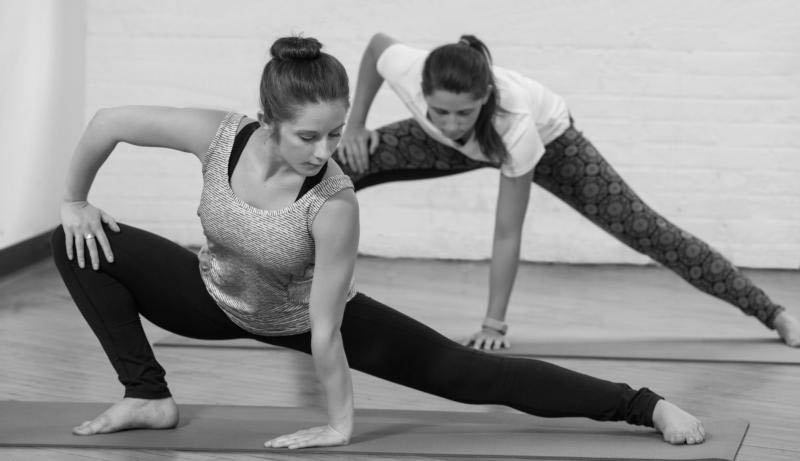 Prayer and exercise work well together, said the founder of a fitness program combining core strengthening and stretching with Christian prayer and meditation.

“No matter what exercise you do, just begin and end with a prayer,” said Catholic mom Karen Barbieri. “Offer that time up to God.”

It might be a simple concept, but Barbieri said people don’t readily see prayer and exercise going hand in hand.

“We’ve gotten away from treating the body and soul as one,” she said. “But we can unite exercise and prayer exactly because we are body and soul.”

Her road to that understanding was born out of back pain she suffered after having her fourth child.

“Doctors were trying all kinds of things,” she said. She underwent physical therapy and took medication. A cortisone injection treatment went horribly wrong. Nothing seemed to be helping.

“It was terrible” she recalled. “I was in a chair and hardly could walk.”

Someone suggested she try yoga.

Although widely practiced as exercise and for relaxation in the West, yoga is a Hindu spiritual and ascetic discipline. Barbieri said she had long avoided yoga because she didn’t see its philosophy as a match with her Catholic faith.

Yet she needed relief from her pain.

A friend introduced Barbieri to a DVD program by a popular fitness instructor. It utilized yoga movements but not its meditations.

She started the exercise routine, beginning with a prayer and then portions of the DVD. Gradually, she began feeling better and gaining back her strength.

“It literally saved my back,” she said.

Along her path to wellness, she prayed for guidance.

“As time went on and I was getting stronger, I just kept feeling this call that we shouldn’t have to go to a yoga class to stretch and strengthen. … After a long time of discernment, I decided to create Pietra Fitness.”

Pietra means rock in Italian. “It reminds us of the importance of a solid foundation when building anything that is to have strength, stability and longevity,” says the Pietra Fitness website.

Each Pietra session has a theme, such as forgiveness, peace, joy or hope. The workouts begin with prayer intentions and a Scripture verse. There are pauses for prayer and reflection during each hourlong program. Classes begin and end with the Sign of the Cross.

The exercises focus mainly on a person’s core, which provides a strong foundation for the rest of the body. Christian prayer poses are incorporated, such as bowing with hands together, genuflecting or lying prostrate.

“Our goal — why we exist — is to help people develop strength of mind, body and soul, so that we can glorify God with our entire human person,” Barbieri said.

Before her back problem, the busy mother said she didn’t see the value in taking time to exercise.

“I felt like my job was just to take care of my kids,” she said. “In hindsight, I see that you need to take care of yourself so that you can live a balanced life, feel good and be the person God intended you to be.”

(Additional information on Pietra Fitness can be found at https://pietrafitness.com.)

PREVIOUS: In salt and light, images of how we should live the faith

NEXT: Divine connection: The positive effects of prayer on health