Saints with feast days this Lent 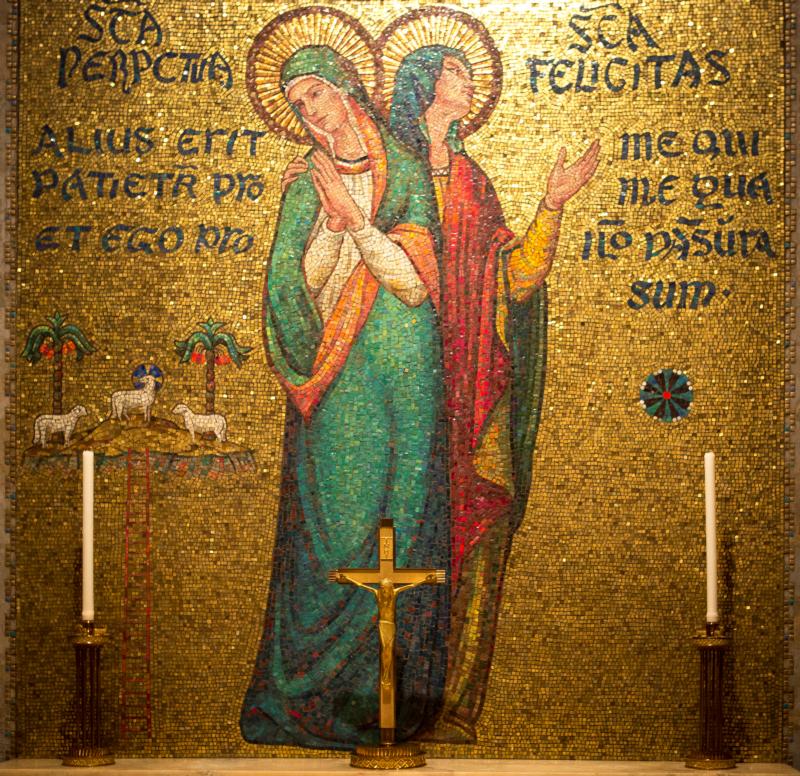 A mosaic of martyrs Sts. Perpetua and Felicity adorns a chapel wall in the Basilica of the National Shrine of the Immaculate Conception in Washington, in this Sept. 28, 2016, photo. During the season of Lent, there are a number of saints’ feast days, including the March 7 feast day of Sts. Felicity and Perpetua. (CNS photo/Chaz Muth)

The lives of the saints are presented to us by the church as exemplars of a Christian life. We look to their example for instruction on how to live our faith, how to guide ourselves into a life in Christ. During the season of Lent, there are a number of saints’ feast days that can be particularly instructive.

Since the date of Easter is not fixed — it is celebrated on the Sunday following the first full moon after the vernal (spring) equinox — the dates that fall under Lent change from year to year. This broadens the potential for different saints’ feast days to fall during this holy season.

We strive to commemorate the feasts of these holy men and women while maintaining a reverent and penitential disposition. This does not mean we must be somber-faced.

On the contrary: This means we should look at how these saints can help us live Lenten lives. Here are a few examples of saints whose feasts fall during Lent this year, and how they can help us in this way.

March 7 is the feast of SS. Felicity and Perpetua. These holy women and their companions were martyred in Roman Carthage around A.D. 203. Perpetua was a woman of noble birth, and Felicity her slave; not even yet baptized, the women were catechumens, so completely taken with the Gospel of Jesus Christ that they willingly gave their lives for the sake of their faith.

St. Katharine Drexel is another figure who has left us a wonderful example of the self-sacrifice that is part and parcel of authentically living Lent, emptying ourselves for the sake of others.

Drexel, born in 1858 in Philadelphia, grew up quite wealthy, but with the understanding that the family’s wealth was to be shared with others.

When she inherited the family fortune, she dedicated herself to caring for Native Americans and African-Americans. Pope Leo XIII encouraged her to become a missionary during an audience, and she eventually founded the Sisters of the Blessed Sacrament. After starting more than 60 schools (including Xavier University in New Orleans), St. Katharine Drexel died in 1955. We celebrate her feast on March 3.

There is one more saint I would like to look at, whose feast falls during Lent: St. Joseph. This solemnity is typically marked on March 19, but in 2017 the feast is moved to March 20. (March 19 is the third Sunday of Lent this year.)

Among the great exemplars of a Christian life, St. Joseph stands out as a particular model. As husband of Mary and foster father of Jesus, St. Joseph dedicated his every moment and effort to the well-being of those in his charge — true self-sacrificial love.

There are many more saints whose feasts fall during Lent this year, whose stories provide guidance for us today; and there are a great many more beyond that who can serve as examples of how to live Lenten lives.

PREVIOUS: Jesus’ feeling of abandonment shines light on his humanity

NEXT: Saints to know during Lent