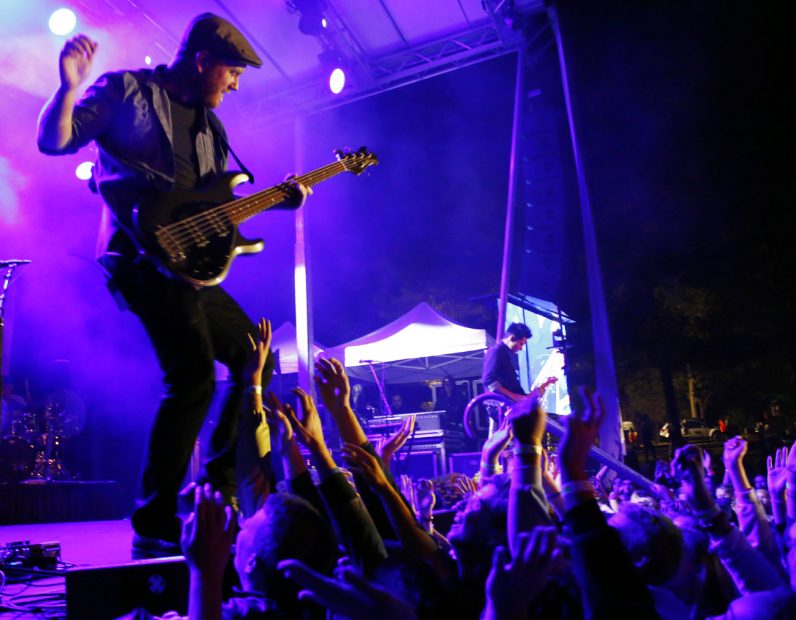 The popular AbbeyFest music festival that draws thousands of young people each September for a day of concerts, prayer and fun at Daylesford Abbey, Paoli, is taking its show on the road this month in the Philadelphia Archdiocese.

The series kicks off on Thursday, March 30 at St. Norbert Church in Paoli followed by Friday, March 31 at Nativity of Our Lord in Warminster and concludes on Saturday, April 1 at the Cathedral Basilica of SS. Peter and Paul.

Families and youths of all ages are invited to the events that begin at 7:30 p.m. Admission is free, but freewill donations ($10 suggested) will be accepted to help cover the costs of the concerts. Reserve seats for any of the shows are available here.

“The AbbeyFest Concert Series is our first step in making AbbeyFest Faith, Music and Family Festival into a year-round opportunity to hear Catholic Christian contemporary music from established and emerging artists,” said AbbeyFest’s Megan Schrieber. “It is also designed to extend the Holy Spirt-filled movement of AbbeyFest to churches and other venues around our area.”

Singer/songwriter Teresa Peterson’s enthusiasm and personality shine when she is on tour including at the South by Southwest festival in Austin, Texas, and in her many performances at colleges, retreats and youth groups.

Singer, songwriter and musician Luke Spehar blends an acoustic, folky style with raw and intimate lyrics. He draws from the simple natural beauty of nature and the common human experience including love, suffering, failures and triumphs.

Dana Catherine is a Catholic Christian singer/songwriter whose unique sound combines her magnetic voice and compelling melodies with lyrics that reflect the vulnerability of heartfelt prayer, making each of her songs more captivating than the last.

The fourth annual AbbeyFest is scheduled for Sept. 16 and planning for the musical lineup is now underway. See coverage of last year’s festival here.

PREVIOUS: Delco parish offers way to get spiritually fit at the gym

NEXT: Muslim speaker tells how religion builds ‘bridge of cooperation’