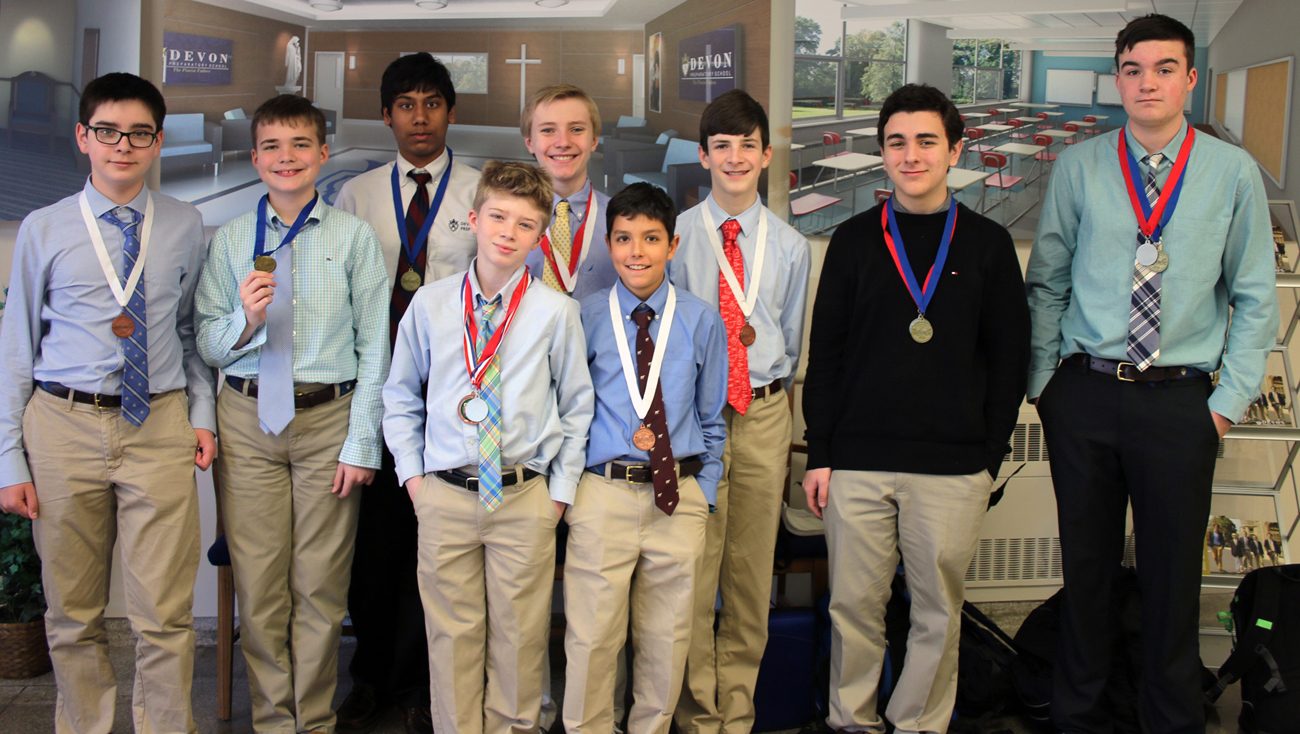 Almost 30 Devon Prep students participated in the regional competition among the more than 1,000 middle school and high school students from 60 schools in the region.

— Junior Matthew Siracusa of Newtown Square and sophomore William Rule of Phoenixville earned a first place in Robot Arm and second place in the Towers categories;

The tournaments are rigorous academic competitions that consist of a series of individual and team events for which students prepare during the year.