A road trip to the resurrection 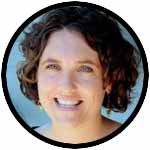 Despite being a visual person, I’m not the best with imaginative prayer. I struggle with this exercise St. Ignatius of Loyola suggested was a way to gain a deeper understanding of the Gospel. Lived experience has often served me better in this regard.

For example, after a recent road trip, I now have a truer sense of the paradox of loss and redemption that we commemorate at Easter. My companions and I made it to the cold Canadian city just before dark. Early the next morning, like 5:11 a.m. early, I awoke with nervous anticipation. I prayed the rosary. Twice. I paced the small kitchen of the Airbnb house.

Then, a few hours later, we were finally standing in an apartment lobby waiting for two residents to come down. The inner door soon burst open with the unbridled energy of a 6-year-old boy. His mother followed close behind.

We greeted each other with a tangle of fierce hugs and a few tears. The reunion came some 73 days after the mother and son had disappeared into shadows cast by a broken immigration system.

Our little friend Yohannes (not his real name) jumped from one person to the next, shouting our names with great zeal: “Bethany!” “Britt!” “Chris!”

He led the way to their sparsely furnished new home where the familiar scent of spicy key wat hinted at what we might enjoy for dinner that night. A deck of Uno cards appeared and we picked back up where we had left off weeks and weeks before: A shared meal. Giggles and laughter. A holy kinship forged by solidarity and presence.

In her poem, “The Magdalene’s Blessing,” Jan Richardson writes:

You hardly imagined
standing here,
everything you ever loved
suddenly returned to you,
looking you in the eye
and calling you by name.

Richardson is describing the encounter between Mary and the resurrected Jesus. Her words deftly capture the unthinkable joy of being reunited with someone whose life had forever altered yours, and who you feared was lost for good.

The work of Aquinas Center is one of accompaniment, education and advocacy with immigrants, refugees and others who might be living on, as Pope Francis says, “the outskirts of existence.” Much of this work takes place across large groups and programs. It demands radical hospitality and a dose of agape love, but it doesn’t typically focus on individuals. However, as I wrote in a piece for the USCCB this past July, there seemed to be a providential invitation to journey with these new arrivals in a personal way.

In 2015, Aquinas Center and St. Thomas Aquinas Catholic Church had been asked by a pro-bono attorney to assist Yohannes and his mother Mariam while they waited for the asylum process to run its course. This meant a year or more of interviews, paperwork and court appearances with no government or resettlement funding for the family.

Like so many who land in our South Philly neighborhood, these two had fled violence, political conflict, poverty and famine. Unlike other immigrants though, who might come for employment or education opportunities; or refugees, who experience displacement, extensive vetting and then resettlement to a third country, asylum seekers present themselves to a national government in the hope of gaining protection, and eventually citizenship, in their new chosen country.

We agreed, believing with faith that we could mobilize the needed funds for housing, clothing, transportation, education, food and more.

A whole-hearted, mutual exchange of generosity unfolded. Yohannes graduated from pre-K and began Kindergarten. Britt might fetch him after school and they would pick vegetables in the Aquinas Center’s garden before dinner. Chris would convene epic soccer matches in our courtyard. As his mother sat nearby, I was there to catch Yohannes the first time he gleefully jumped into a pool on a hot summer’s day.

Mariam excelled in our English class and was studying for her GED. She began to share the story of why she fled East Africa, first with visitors to Aquinas Center, and then, more publicly.

Yet, soon after we saw Yohannes sing in the school Christmas play, Mariam packed what they could carry on their backs and they fled, again. The uncertain waiting had shifted from manageable to impossible in a new political reality that was fostering exclusion rather than welcome.

Their silent departure left me with one option: to find, like Mary Magdalene, a place in the mysterious story of God’s love by wading right into the helpless unknowing.

Sadness and doubt persisted until an unexpected phone call led to our reunion. It felt like a long time to wait in the garden, which is why the road trip became a grace-filled reminder that there is indeed light after darkness.

May Easter be our collective remembrance that there is also life on the other side of death.

Bethany Welch is executive director of the Aquinas Center, Philadelphia.

PREVIOUS: A volunteer’s experience can inspire a new generation

NEXT: Parents wring hands as engaged son moves in with fiancée