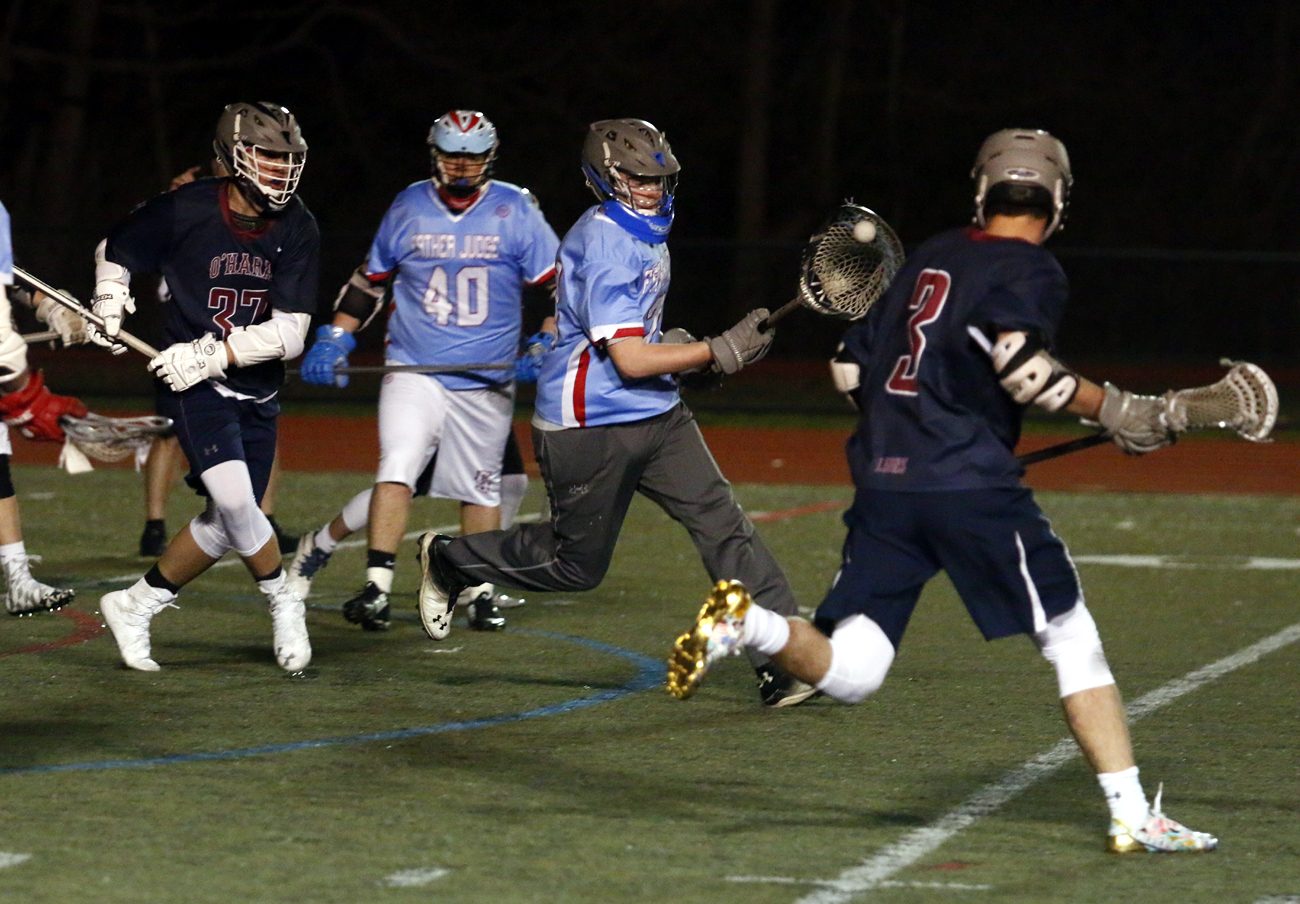 Spring has sprung and the Cardinal O’Hara Lions and the Father Judge Crusaders’ lacrosse teams have been working hard through off-season workouts and preseason practice prior to the regular season that officially got underway in late March.

Cardinal O’Hara coach John Patterson leads a young squad whose only players with varsity level experience are the senior tri-captains Matt Kirby, Ryan McNichol and Steve Randazzo. They have accepted the challenge of stepping into leadership roles and helping the many underclassmen get accustomed to the high school program.

“We have a lot of freshmen,” said Randazzo. “We’re teaching them how to play high school lacrosse.”

This is also a new era for Father Judge as head coach Michael Donohue begins his first season with the Crusaders after coaching at La Salle College High School last year. Helping him run the team are senior captains James Koniecki and Sean Evans as well as junior captain Anthony DelColumbo.

O’Hara opened up its Philadelphia Catholic League action on Monday, April 3 by hosting Father Judge and emerging with a strong 14-8 victory that turned out to be the Lions’ first win of the season. The captains continued to play hard and Kirby finished with a total of six goals as O’Hara improved its overall record to 1-4.

“We started the season slow,” said Kirby. “We’re getting our chemistry down and working together.”

Kirby gave his team a quick 1-0 lead. DelColumbo tied the score but the Lions’ Pat Cooper scored twice and Kirby completed a hat trick before the first quarter came to an end. McNichol registered two goals in the second period and O’Hara was on top, 8-4, at halftime.

“We were playing as a team,” said McNichol. “It started clicking.”

The Crusaders fought back in the third quarter and Koniecki went for three goals and Evans cut the lead to 9-8. O’Hara did not get the least bit discouraged after that and gave up no additional goals. Matt Kirby, Jackson Gowie, Pat Cooper and Chris Kirby all stayed together and concluded the scoring.

“We played as a team and got the win,” said Matt Kirby.

Cardinal O’Hara and Father Judge have a long season ahead. O’Hara, which earned a place in last year’s semifinal round of the Catholic League playoffs before dropping a decision to St. Joseph’s Prep, is looking to get back to the postseason. The Lions resume their Catholic League play on Wednesday, April 12 at Roman Catholic at 3:45 p.m.

“We’ll get through it one game at a time,” said McNichol.

“The way I approached this season is if we get a little better than we were yesterday we will be able to compete in the Philadelphia Catholic League,” said coach Donohue.