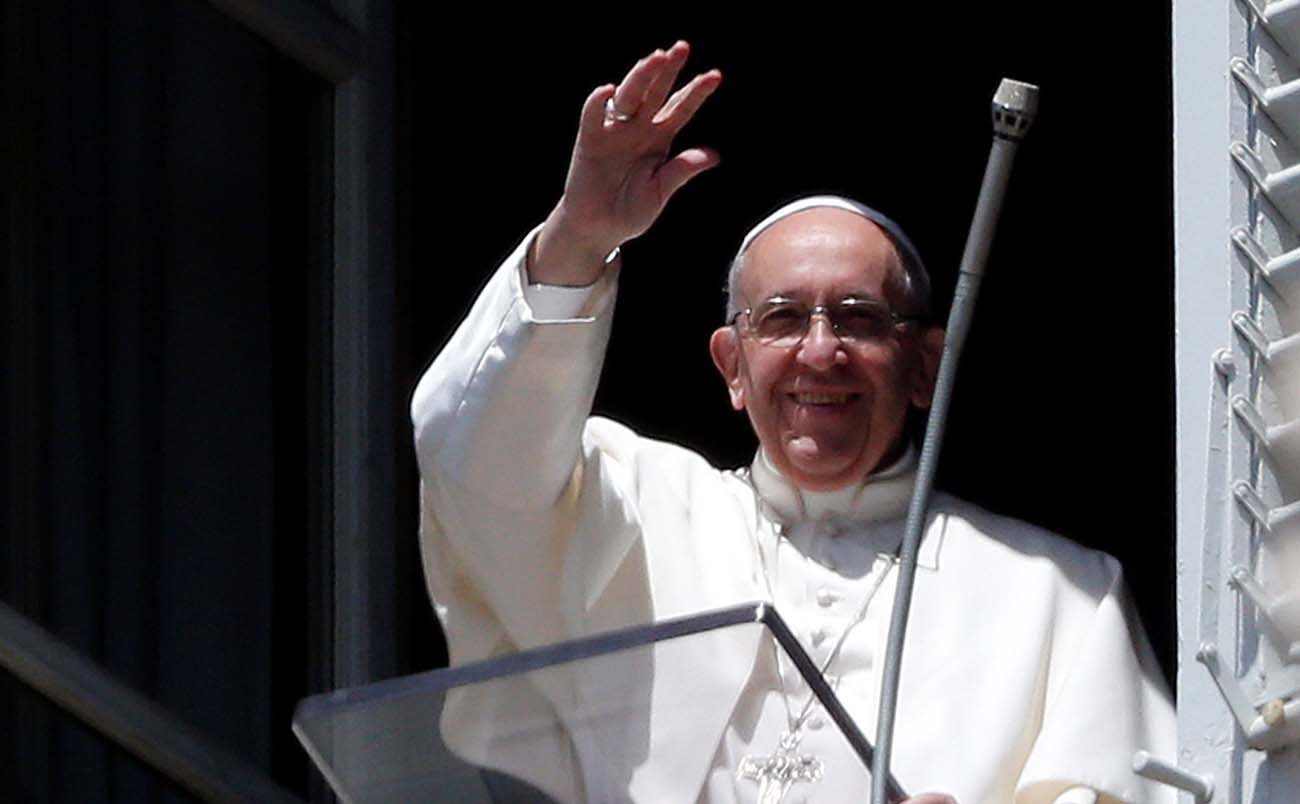 Pope Francis waves as he arrives to lead the Regina Coeli ion St. Peter's Square at the Vatican May 14. (CNS photo/Stefano Rellandini, Reuters)

VATICAN CITY (CNS) — More penance and prayers are needed to end the wars underway today and so many “absurd” conflicts, Pope Francis said.

Praying for all those affected by war and thanking those involved in humanitarian aid efforts, the pope also marked Mother’s Day May 14 by asking everyone to thank and pray to their mothers on earth or in heaven.

After reciting the “Regina Coeli” prayer with an estimated 25,000 people gathered in St. Peter’s Square, the pope said, “Let us remember with gratitude and affection all mothers, including our mothers in heaven, entrusting them to Mary, the mother of Jesus.”

The pope also called for greater pro-life and pro-maternal support, saying “the future of our community requires from everyone, especially institutions, concrete attention to life and maternity.”

He also greeted those taking part in Italy’s “Empty Stroller” initiative, which called attention to the country’s low birthrate by parking hundreds of empty strollers near the Colosseum May 14. The Family Forum, which organized the initiative, said having a child is one of the main causes of poverty in Italy. The group wants the government to provide more help to families because “the children of today are those who will keep the nation of tomorrow standing.”

Before leading the “Regina Coeli” prayer, the pope mentioned his May 12-13 trip to Fatima and his canonization of Sts. Francisco Marto and Jacinta Marto. The two shepherd children knew how to embrace their vision of Mary at Fatima and become models of Christian life, he said. They recited the rosary, offered penance and sacrifices for the end of war and for souls in need of divine mercy, he said.

“Today, too, there is a great need of prayer and penance to plead for the grace of conversion, to plead for the end of so many wars that are all over the world and that are increasingly spreading, as well as the end of absurd conflicts — big and small, that disfigure the face of humanity.”

After the reciting the noonday prayer, Pope Francis said his closeness and prayers were with all those affected by war and conflict, particularly those in the Middle East.

“Many innocent people are sorely tested, be they Christians, Muslims or minorities like the Yazidi, who are facing tragic violence and discrimination,” the pope said.

“I encourage the different communities to follow the path of dialogue and friendship to build a future of respect, security and peace, far from any kind of war.”

NEXT: How often is too often for a deacon to preach?