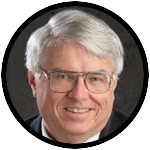 Looking back over the past four years, I can’t pinpoint when or where the scale tipped; when my days became more “not-grieving” than grieving.

It wasn’t like the changing of the seasons, knowing that by May the harshness of January would be long gone. There was no predictability. No schedule. No deadline.

There was no being better able to accept the fact that in midwinter there were few hours of daylight where I live (in western Washington state), but come late spring and early summer, every day would be dominated by sunlight. If not sunshine. (It is the Seattle area.)

I suppose I had to take it on faith that this grieving/not-grieving balance would shift. Faith in what a social worker and what veteran widows and widowers told me. Faith in a belief that God hadn’t abandoned me and wouldn’t leave me forever in this life — this pit — where I was living now.

It was reassuring when I saw that those of us who were recently widowed shared similar experiences and challenges but were going through those early times not only in our own ways but also at our own particular pace. The ways that were working best for each of us individually and the pace that was … the pace.

My ways. My pace. My grief. My “pilgrimage.”

The weeks, months and years since then have helped me learn to anticipate and prepare myself for the yearly events (birthdays, anniversaries, holidays and such) and the big events (a graduation, a wedding and so on) that are the part of every person’s life.

I know there can be grief “triggers.” A song on the radio. A sudden thought that, “Oh, I’ll have to tell Monica about … ” A sight. An aroma. A memory.

It has been the same for my children and grandchildren.

But it’s only recently that I started thinking about my sudden and unexpected falling into grief as “pockets of grief.” That I started noticing it seems I can be gliding along OK and then, like an airplane flying through clear skies and unexpectedly hitting an air pocket, I drop emotionally.

What happened? Why did it happen? Now what?

I’ve also noticed the pocket doesn’t last long. It’s not entering an extended period of turbulence. It’s a morning, a day, a couple of days, where I just feel sad again. It’s not the plane crashing.

Not the grief of those early times, not the sorrow that’s so debilitating, but …  just sad. Just missing Monica. Just once again feeling more focused on her not being here and what a crummy thing that is.

I make it through. In this analogy, the plane climbs back to its standard cruising altitude and levels off. The pilot turns off the fasten seat belt sign and, once again, I’m free to move about the cabin. But then the captain gets on the intercom to advise it’s best to have that seat belt loosely fastened even when the sign’s off.

It’s best for me to do the same as a widower, even during an extended period of smooth skies.

To get enough sleep. To eat wisely. To exercise. To take advantage of the sacraments. To stay pleasantly busy. To have fun. To pray for others and their needs. To find ways to be of service to others.

An airplane seat belt doesn’t somehow prevent air pockets, but I suspect paying attention to my needs, to my own well-being, does make those sudden, surprising “grief pockets” less severe, more manageable and more brief.

Bill Dodds and his late wife, Monica, were the founders of the Friends of St. John the Caregiver. He can be contacted at BillDodds@YourAgingParent.com.

NEXT: To tell the truth — and what happens when we don’t