‘Star Wars’ as a path to God? St. Paul might approve 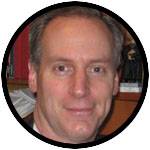 Star Wars Day is upon us, May 4th, the day aficionados of the movies, games, toys and unending merchandising surrounding the films, have also come to celebrate as “May the Fourth be With You Day.”

Being old enough to remember the original 1977 movie, Star Wars, when we didn’t have to refer to it as “Episode IV: A New Hope,” I also recall when my own grandmother thought it blasphemy for a young college man from her Pennsylvania church (not me) to speak to the religious messages of the series in an adult Sunday school class.

To say she wasn’t pleased at the notion is to be careful with my words.

But we’ve come to learn that George Lucas and his writers, in creating one of the most successful film franchises in history, did put a great deal of thought into the good vs. evil themes that inhabit the movies.

Star Wars Day has been celebrated almost since the first film’s debut.

The site StarWars.com notes that its first apparent print reference was in the London Evening News, in a congratulatory ad to Prime Minister-Elect Margaret Thatcher on her victory on May 4, 1979. The message said, “May the Fourth be with you, Maggie. Congratulations!”

In more contemporary popular culture, the commemoration has become a running gag on the CBS megahit, The Big Bang Theory.

Or the more academically oriented searcher with access to the American Theological Library Association’s database can find such scintillating titles as “The difference between religious narratives and fictional literature: a matter of degree only,” or “‘Wars not make one great’: redeeming the Star Wars mythos from redemptive violence without amusing ourselves to death.”

Star Wars does, indeed, contain several significant religious messages, not the least of which is the idea of The Force, which frequently seems to function much like faith in Christianity. In Matthew’s Gospel, Jesus chided the disciples that they were unable to perform an exorcism because of the weakness of their faith, saying, “Truly I say to you, if you have faith as of a grain of mustard seed, you will say to this mountain, ‘Move from here to there,’ and it will move; and nothing will be impossible for you.” (New Revised Standard Version, Matthew 17.20-21)

This was much like the Force. Luke Skywalker watched Yoda use the Force to lift Luke’s spacecraft out of the swamp, and exclaimed, “I don’t believe it.” Yoda looked at him somberly, and replied, “That is why you fail.” The Force is powerful, demonstrating both to believers and to those without faith that it is a power that must be reckoned with.

As a theologian, I admit to being a skeptic. The great religions of the world have real wisdom. The Four Noble Truths of Buddhism are far more worthy of a person’s time than the babblings of Jar Jar Binks.

Alec Guinness’s Obi-Wan Kenobi cautioning about the dark side pales in comparison to the depths of Job crying out to his God. Why don’t we see that?

But something else rose to the surface of my memory. Luke recorded in Acts 17 that Paul spoke to the citizens of Athens in this way.

“Athenians, I see how extremely religious you are in every way. For as I went through the city and looked carefully at the objects of your worship, I found among them an altar with the inscription, ‘to an unknown god.’ What therefore you worship as unknown, this I proclaim to you. The God who made the world and everything in it, he who is Lord of heaven and earth, does not live in shrines made by human hands, nor is he served by human hands, as though he needed anything, since he himself gives to all mortals life and breath and all things. From one ancestor, he made all nations to inhabit the whole earth, and he allotted the times of their existence and the boundaries of the places where they would live, so that they would search for God and perhaps grope for him and find him – though indeed he is not far from each one of us. For ‘In him we live and move and have our being’; as even some of your own poets have said.” (New Revised Standard Version, Acts 17.22-28)

Paul didn’t actually think that the Athenians were extremely religious, he was worried that they were idolatrous. But he managed to find a pathway to meet them where they were, and sought to take them from there to more profound truths.

That’s been the story for thousands of years. Those who would teach significant religious concepts must start where people are. People watch Star Wars. The most recent episode, Star Wars: The Force Awakens, opened to a box office of $517 million in its first weekend.

The numbers since then have kept the franchise among the most lucrative properties that the Walt Disney Company owns. And every watcher is introduced to the concept of a lively power that cannot be seen, and yet enlivens those it indwells, giving them strength to do things they would otherwise know to be impossible.

As usual, Paul was onto something. Using what people already like to open their minds to other concepts works so much better than trying to beat them around the ears, or shame them that they should be reading scripture instead of watching movies. Today, May the Fourth be with you. And should you ever want to talk about faith, we’ll know where to start, in a galaxy far, far away.

R. Ward Holder is a professor of theology at St. Anselm College in Manchester, New Hampshire. He is also an ordained Presbyterian minister and author.

PREVIOUS: Young people want to live ‘In Light of Faith’

NEXT: Coptic priest’s message to terrorists: Thank you, and we love you