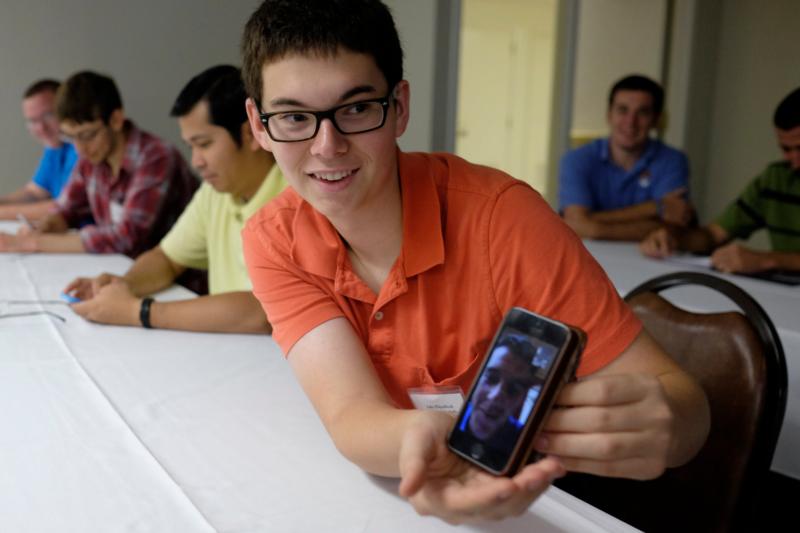 The “greatest generation” had radio and television stars. Baby boomers and Generation X had movie and rock legends. For millennials and their younger brothers and sisters, celebrities come from places like YouTube, Facebook, Netflix, Instagram, Snapchat and Twitter. Vine, the now-defunct quick clip video social network, lifted some people up to superstar status in less than seven seconds.

Just as cable ended the “Big Three” television network model, the internet has opened the world of a la carte and streaming. People consume what they want, when they want.

In the case of some young people, if they don’t see or hear it, they go make it themselves with relatively inexpensive cameras, microphones and software.

This is the landscape that the Catholic Church finds itself in right now.

Facebook, Instagram and Twitter have all emphasized videos in recent years to big results and they all feature autoplay. Many people stopped scrolling in their social media feeds when they saw Pope Francis participate in a TED Talk April 25.

Parishes could follow that lead and broadcast homilies on Facebook Live. Nothing is more inspirational or motivational than insights into the Gospel. It’s an easy, tangible way to evangelize.

Parishioners can share the parish broadcasts on their own social media. They become missionaries of evangelization in the process. You’ll be surprised by the thousands you reach and engage with by simply going live.

YouTube Christian “vloggers” (video bloggers) have gained millions of followers by sharing their lives with seven- to 10-minute daily entries. The videos frequently share the vlogger’s personal and family adventures, but also feature insights to prayer life or scenes of trips to church.

Imagine if a young Catholic family shared a window into their lives and casually articulated the Catholic faith by doing a vlog. Millions of previously unchurched people might want to learn more.

Broadcasting life is natural for millennials. Podcasts have undergone a massive renaissance thanks in large part to iPhones, National Public Radio and thousands of upstart podcasters around the globe.

When I worked at The Catholic Review newspaper in Baltimore, I would often record my interviews, write a 500-word story and then have hours of unused audio. Editing and uploading that material as a podcast took the story further and allowed listeners to more closely identify with my subjects.

Pope Francis’ Twitter proves daily that the Gospel’s message can be shared in less than 140 characters. Simple, inspired and creative messaging — through text, video, images and memes — changes hearts in secular culture all the time.

The same holds true in the Catholic world. It’s amazing how a meme featuring a quote from the pope or a bishop can reach and engage millions.

That’s the lesson learned. If we want to change the culture, we should let it change us as well. The call to evangelize is daunting, but our faith has endured for 2,000 years for a reason: Our ancestors evangelized by adapting to the times.

Now is our time to accept that challenge. Our faith depends on it.

Palmer is social media strategist for the U.S. Conference of Catholic Bishops and a former reporter and social media coordinator at The Catholic Review in Baltimore.

NEXT: Listening, not lecturing: Pope Francis and young people