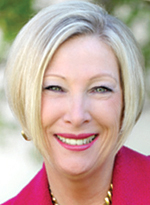 This year the focus is “Our Lady of Fatima and the Triumph – How the Battle Will Be Won.” This theme will enable retreatants to celebrate and learn more about the 100th anniversary of the appearance of Our Lady’s apparition at Fatima.

After years of being a non-practicing Catholic, in 1981 Benkovic experienced a deep conversion back to her Catholic faith. Later in the 1980s her conversion sparked a new vocation that involved her sharing the Gospel message through the media. Since then she has been an inspiring and consistent presence on Catholic radio and in Catholic television.

Father Wade is the assistant general for the Fathers of Mercy. He also has been a contributing writer to numerous Catholic publications and has hosted several television series on EWTN.