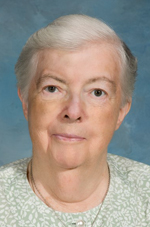 She ministered in the archdioceses of Philadelphia and Newark and the Diocese of Arlington.

She was the sister of the late James Dunbar and Hazel Knowles.

Sister Catherine is survived by nieces, nephews and members of her congregation, the Sisters of St. Joseph.